FBI to Take Down a Chunk of Internet on March 8 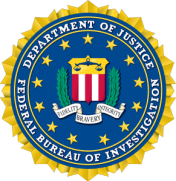 If you can’t access the Internet come March 8th, the FBI may be to blame. On that date, a number of domain name servers are due to be taken offline, rendering all computers that use them net-less. Before you go get upset about this, or even worried, there’s a pretty legitimate justification here; the action is being taken in order to deal with a scourge called the DNSChanger Trojan, which modifies an infected computer’s DNS settings to direct traffic to some rather unsavory sites. The FBI is looking ti put the sucker out of commission for good.

DNSChanger originated from Estonia and is thought have wiggled its way into quite a few computers. Cyber security journalist Brian Krebs estimates that, at some point, it has infected up to half of all the Fortune 500 companies and major government entities. In order to stem the tide and keep DNSChanger from snowballing out of control, the FBI worked with the Estonian government and secured a court order to replace the dirty DNS with some clean replacements, in order to give affected clients some time get their systems straight. The thing is, that court order only allows for these replacement servers to run up until March 8th, so unless the order gets extended, anyone who’s still got a little DNSChanger in their system is going suddenly be short about one Internet.

All this can be avoided, thankfully, simply by cleaning up your system. How do you know if you need to? There are two handy references to help you out. If you’re a corporation you can go to the DNS Changer Working Group and should probably alert your network operator that you’ve become sentient. If you’re a person, you can follow the steps here to suss out whether or not you’re afflicted. Or, you could take a third option, get infected and do nothing about it, and use this opportunity to whine about technically being a victim of an FBI DNS takedown for +20 NetCred. Your call.

Some of your more conventional FBI takedowns