“Do You Want to Skip This Anime Opening?” Absolutely NOT! How DARE You! 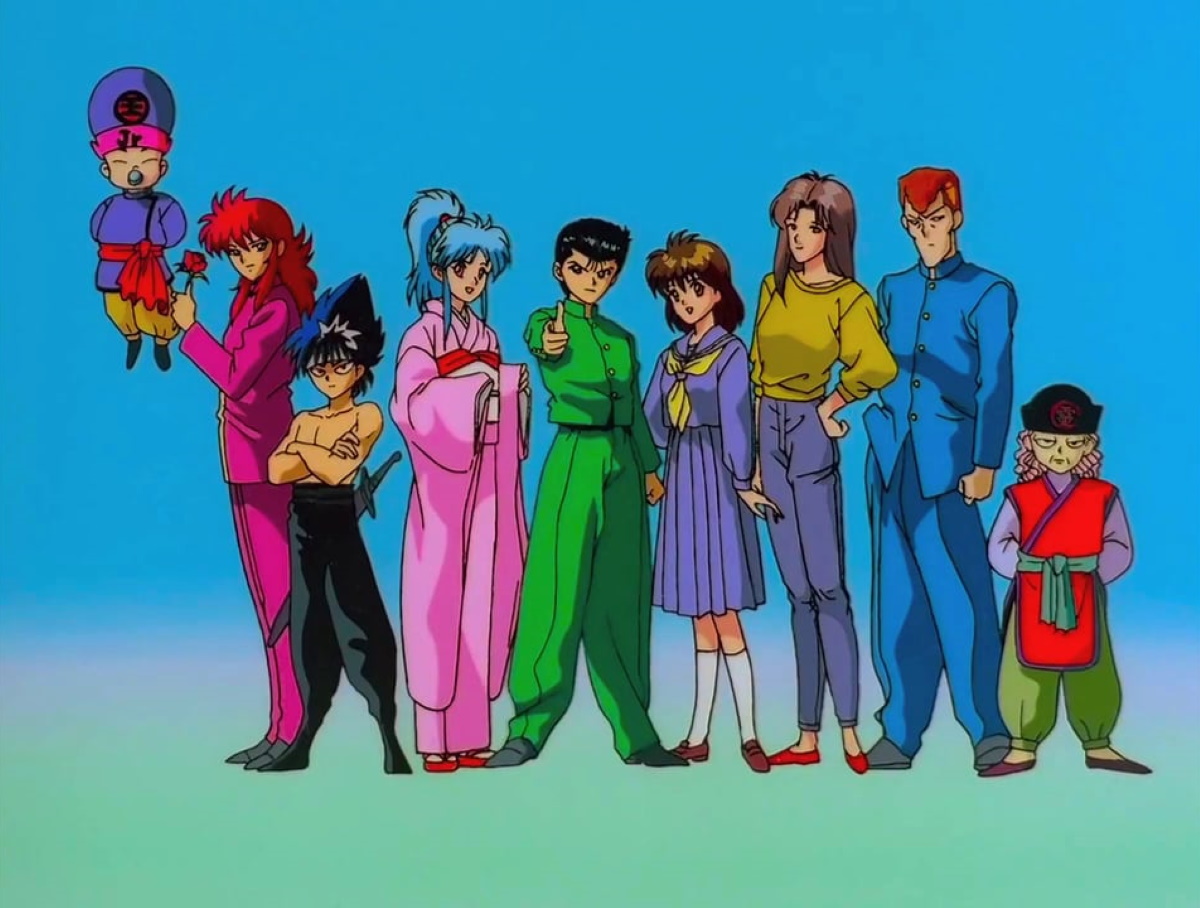 There I was, in the countryside, wandering far and wide, when I came across this tweet:

Anime that grew on me:

Most popular series I haven’t seen:

Honestly, I think I have singular answers for most of the questions (except favorite anime, because that changes per season), but … favorite opening? It’s cruel to just ask for one answer. I need, like, top… ten, at least? Twenty? At least an entire article’s worth to write about for work.

Oh, and if you’re curious about my singular answers before we get to a list of bomb-ass openings, here they are:

Anime openings are important elements of a series. They set the tone for what you’re about to watch in only a minute and a half. The music. The visuals. The endearing cliches like falling through the sky and running across a field. The reason why I can’t narrow it down to one is because there are way too many great ones, even for series that I ended up not vibing with.

These are the openings where I get offended with the streaming service for asking me if I wanna skip it.

This is DEFINITELY how you get me interested in a series. I’m gonna miss this opening when it changes, but I’m also anticipating what comes after an opening like this one.

Speaking of openings that get you interested in a series OH MY TITAN GOD THIS OPENING! I swear, for the entire year it was released, this was THE song you played to get pumped. This song really does feel like the anthem for punching a bear, or in this case, a titan.

(Disclaimer: I do not advise going out and punching a bear or titan)

Honestly, I adore all the Dragon Ball universe openings (We Gotta Power is a huge fave) but I’m picking this one to emphasize my point of loving an opening even if you’re kinda meh about the series. There are parts of GT that I like, but overall, the series doesn’t do it for me. But this opening? Love.

Also since I mentioned We Gotta Power I’m obligated to get it stuck in your head so here you go:

I know, I know, it’s not the Japanese opening, but this was my first Sailor Moon opening and … I still love it? It’s still good? This was my anime girl power anthem for so long, hearing lyrics heavy on SHE IS THE ONE in peak adolescent girl years was amazing!

When it’s a bop, it’s a bop, and this opening is SO good that it’s the ONLY opening song for the entire series. The visuals change but the song stays for all 112 episodes.

And you know what? The English version? Also great!

My absolute favorite Black Butler arc set to this opening? Yes please! I was so excited when the anime went back on track with the manga to present this arc. I do enjoy the openings we got in previous seasons, but this? This is it.

All the openings for Nana are hits, but I couldn’t take my eyes off of this one when I first saw it. Just… look at Nana Oosaki singing on stage. Look at her!

I feel like I don’t need to say much on this one except… how is this opening still so slick after so many years?

You know how I said in the beginning that the anime opening sets the tone for the series? Well, THIS will go down as the most deceptive ass opening I have EVER seen. Every time I see it I just get unreasonably sad, and just… how dare you, Madoka. How DARE you.

Yes yes I know I know the second opening is top tier (it really is) but THIS UVERworld SONG! I’m sorry, I’m one of those oddballs that like this opening the best (so far, there’s a 5th season coming our way).

Another opening that changes with each episode, I am such a fan of the art style of this series and the presentation of the entire storyline. The opening captures all of that + is set to a REAL catchy song, so if you’re into spooky school rumors and cool art, this is perfect.

I can’t really do the comedic gold that is Excel Saga justice, but this opening is working overtime to try and convey the amount of humor you’re in for. Why does the dark-haired girl keep coughing? Is the blonde trying to eat a puppy? Is that man crawling out of the universe itself?

This is a straight-up time capsule of 90s anime. Just… the whole thing. All of it. If someone asks what 90s anime was like just send them this.

If Sailor Moon was my adolescent girl theme, then Just Communication was my “high schooler who does the Naruto run down the hallway” theme. I’m not joking. If social media existed back then I’d be SLAUGHTERED on Twitter for my Gundam Wing antics.

Another opening that stayed the course throughout the series’ run time, but hey, can you blame them? Also, the version of the opening that plays in the movie? Beautiful.

There are a lot of Naruto openings to choose from but it’s always gonna be that chorus of “WE ARE FIGHTING DREAMERS” for me.

Ok I know I said Sorcerer Hunters had the 90s anime vibe, but I can’t do an anime opening list without including Megumi Hayashibara SOMEWHERE.

I feel like we as an anime community don’t talk about Gene Starwind enough, nor do we talk about Through the Night as a potential candidate for the anthem we should all rise for.

Oh L’Arc-en-Ciel, just, wow, they really did that, didn’t they?

Did I forget Demon Slayer and Host Club and Evangelion and OH MY LORD WHY ARE THERE SO MANY GREAT ANIME OPENINGS?!

I’m gonna end with one of the most hilarious openings I’ve ever seen, but it’s not funny for Excel Saga reasons. It’s for a BL (boys love) anime called Fake, and the reason why this opening is so hilarious to me is because it goes SO HARD and makes it look like we’re getting a full-on anime series … but it’s only for a single OVA. That’s it. And there’s enough content in the manga to be a series (it’s 7 volumes) but we get ONE story from the manga, meanwhile, the opening sure does make it look like we’re in for, at least, 13 episodes.

Also, I can’t NOT dance in my chair to everybody shake it buddy DANCE DANCE DANCE!

What are some of your favorite anime openings?