We Finally Learned the Father of Jan's Baby on The Office 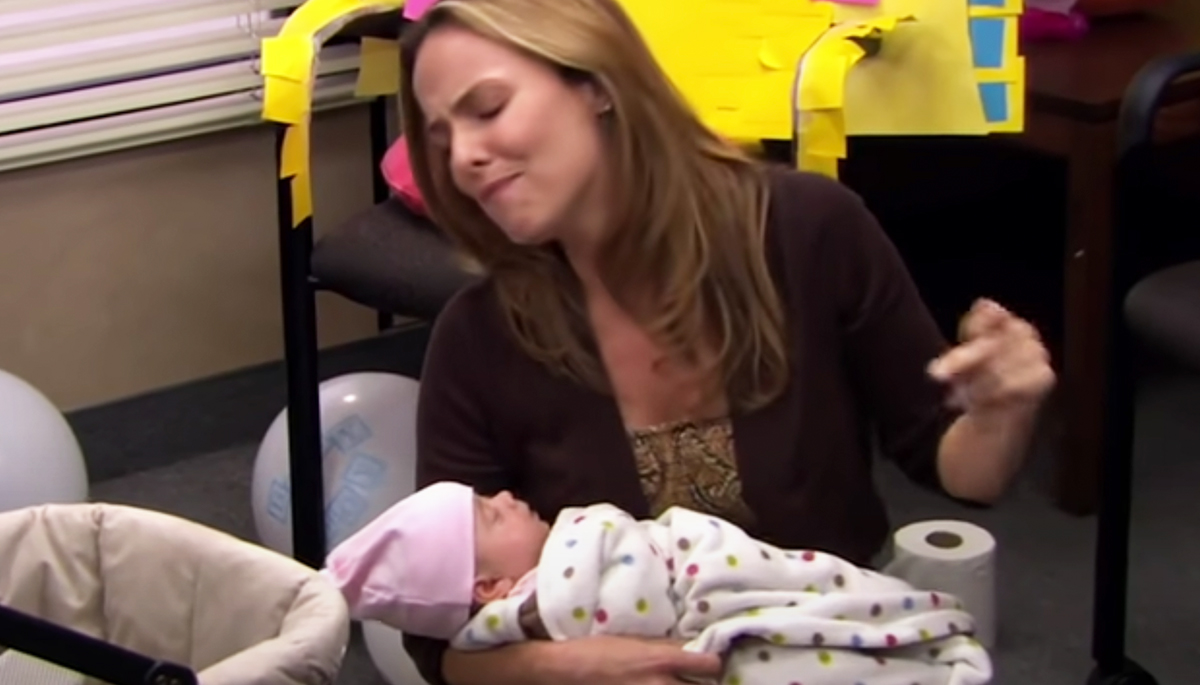 With each new episode of the Office Ladies podcast, The Office stars Jenna Fischer and Angela Kinsey have given us an inside look at one of the best comedies ever created. The American version of The Office took a fun British comedy and gave us 9 seasons of Dunder Mifflin’s antics. From watching Jim and Pam fall in love to Michael Scott leaving and only coming back for Dwight and Angela’s wedding, so much of that show is special to fans. And reliving it with Pam and Angela is a fun time.

On their episode about “Goodbye, Toby,” Fischer and Kinsey had quite the reveal for fans! If you recall, before Michael Scott ever fell in love with Holly, he was in a very strange relationship with his boss, Jan Levinson. She had a candle business, she was probably sleeping with her old assistant, and she just used Michael over and over again. And then Michael had everyone believing that he and Jan were having a baby, only to reveal that she used a sperm donor (not Michael) and that said sperm donor was expensive because he was famous.

During the show, we never did learn who that sperm donor was. Now though, we have our answer, and honestly? I never would have thought of this in a million years so that’s hilarious.

“Jenna in the script — and it didn’t make it to the deleted scenes — Jan reveals whose sperm she bought,” Kinsey told Fischer, who was shocked by the news. “Jan says, ‘You have to pay top dollar, but it’s worth it. Now, here’s the best part. I got Andy Roddick’s sperm.’

She then went on to read more of the script for the deleted scene:

The reason for Roddick, though?

“Ok, you guys. Andy Roddick was friends with Rainn Wilson, and he was a big fan of The Office and he came by the set,” she said. “I have to imagine that the reason they wrote it as being Andy Roddick’s sperm was a little bit of a nod to Andy, who has an amazing sense of humor.”

Look, do I wish I could have a random cameo on my favorite shows like this? Absolutely. Am I jealous of Andy Roddick? YES. But I love that this is the fight that her and Michael Scott have about it. It’s just … oh so very much in character for them, and it makes me miss The Office.