Watch the World’s Fastest Shooter Do His Thing [Video] 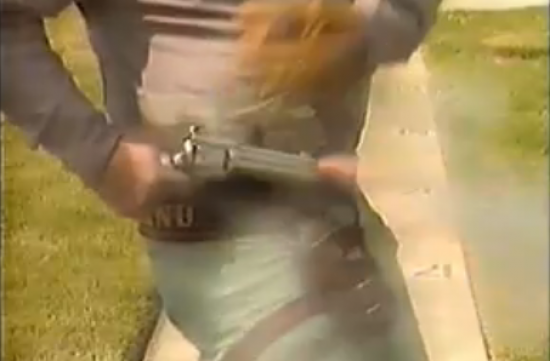 Bob Munden is, according to Bob Munden, the world’s fastest shooter: He says that only “the speed of light” compares to the speed with which he can draw, cock, level, fire his gun, hit his target, and put his gun back in its holster. Swagger, maybe, but he’s earned it: His shooting prowess is nothing short of remarkable. Heartwarmingly, Munden’s wife, Becky, is also a shooting champion: According to Bob Munden’s website, “On their honeymoon they went up to Concord, where Bob won the California State Championships and brought home many trophies, money and guns.”

The whole interview here is well worth watching, but we’ve cut to the good stuff in the clips below.

(this is actually the same YouTube clip as above, just preset to the good part, if you’re lazy)