The Fastest Adopted Gadget of the Past 50 Years Isn’t the Cellphone, Or Even the Desktop PC 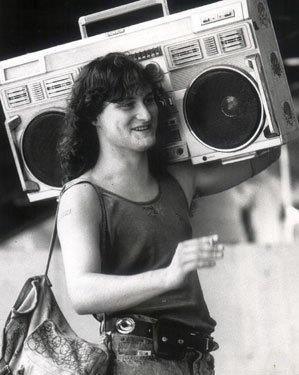 It’s the boombox. The boombox. This startling revelation was brought to light in a paper in the Journal of Management and Marketing Research. The conclusion is the result of checking the overall level of adoption of a variety of new technologies by the 7th year of their existence. The numbers show that the boombox was number one. For a little context, not only did it beat out the cellphone and the desktop computer but also every other variety of mobile music devices, of which I think we can all agree, the boombox is by far the least efficient and the most annoying. 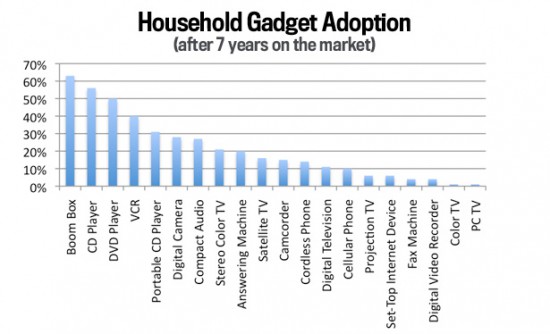 Now, it’s important to consider the time of introduction of course, especially when considering how the boombox managed to overtake seemingly better options. By the time the portable CD player came out, most people probably already had a boombox. Still, it’s a little surprising. It’s also worth noting, as The Atlantic’s Alexis Madrigal points out, that the top five all have to do entirely with media consumption, and hardly at all with media creation.

The real question is what’ll be up there a few decades down the line. If I had to guess, I’d say smartphones (as opposed to cellphones in general) and tablets. Maybe the HDTV. Also probably 2 or 3 things I can’t think of or that haven’t been invented yet. But what do I know? Whatever the case, one thing’s for sure; I hope number 1 isn’t lame.

(via The Atlantic, image credit Andi67)