Unused Fantastic Four Concept Art: Let Us Mourn What Might Have Been

Back in 2014 I worked with Art Director Neri Rivas with 20th Century Fox on the new Fantastic 4 movie. These were all…

In 2014, artist Dave Rapoza worked on some designs and concept art for the characters in Fantastic Four, the planned reboot of the franchise done by 20th Century Fox. Now, we know that Fantastic Four has been nominated for multiple Razzies, and quietly removed from Fox’s release schedule. Even the comic book version of Fantastic Four has gotten shelved due to disinterest in the franchise. It’s a little tragic, then, to see Rapoza’s beautiful renditions of the characters; they look a lot more dynamic than the low-energy slog that ended up on screen.

Rapoza told io9 about his vision for the designs:

The first thing I really wanted to focus on, outside of the single character shots, was the team coming at us as a unit. I never liked when teams of characters like this seemed to function as individual heroes in movies, doing their own thing, so I wanted to make the compositions seem like they were flowing together. I tried to make them feel like they were mixing together as they rushed forward at the viewer, as a team.

Another idea of Rapoza’s that obviously got left out of the final draft? His design for Doctor Doom, below. 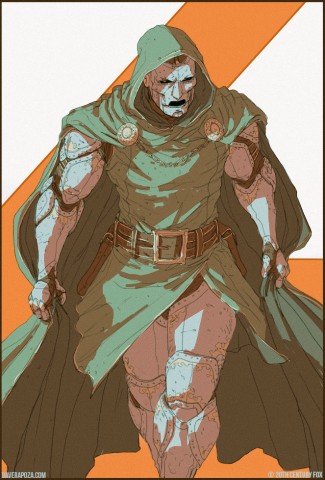 And here’s what they went with for the movie: 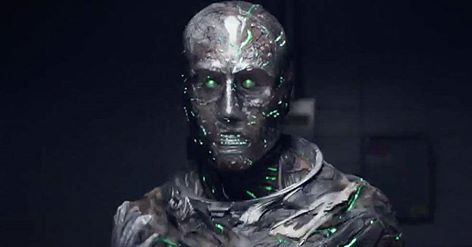 (via io9, image via Dave Rapoza)