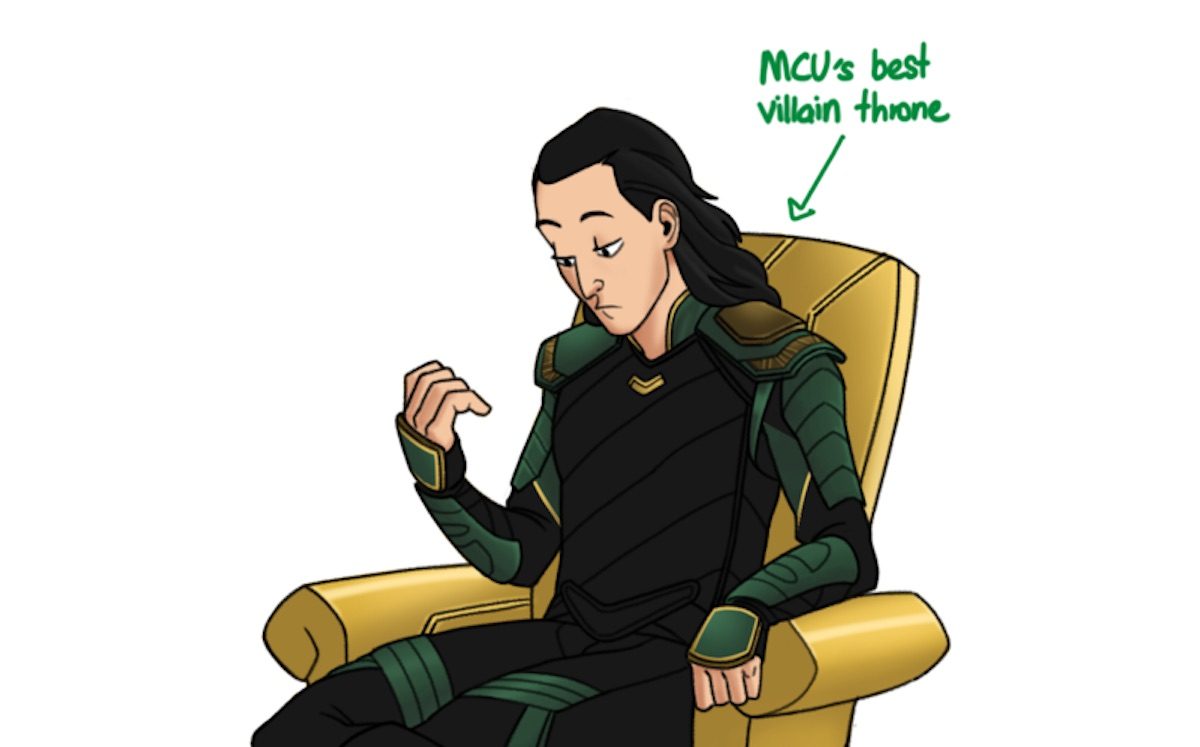 It’s generally agreed that Marvel’s reigning villain since his debut in Thor and rise in The Avengers is Thor’s erstwhile brother Loki. However, with Black Panther, Loki finally has a challenger for that Best Villain throne.

Even prior to Black Panther‘s release, Erik Killmonger, as played by Michael B. Jordan, was tipped to be a great villain. Not only is Jordan an excellent and compelling actor, but he stole every scene in every trailer. Now that the movie’s out, Killmonger is definitely positioned to take that villainy crown and run with it.

Killmonger is a figure both ruthless and tragic—and, crucially for a top villain in my estimation, his motivations are the best that Marvel has presented so far. Brilliant, crafty, utterly relentless, but also driven by a need to change the world not for petty reasons but to overcome societal ills, Killmonger is everything we’d want a villain to be. He’s equal parts sympathetic and sociopathic—an incredible balance to strike. Was there a dry eye in your movie theater during that sunset scene? There wasn’t in mine.

Adding further nuance and importance to his characterization, he wasn’t trying to take over the world or destroy it on a whim because Evil or money or petty revenge. The reasons behind Killmonger’s plans were completely valid, and the ways he was shaped into being a bad guy were the product of unjust society (and also some bad decisions on King T’Chaka’s part), not because he was dropped into a vat of acid. The audience is meant to question the means Killmonger wants to use to achieve his ends, but not his desire for those ends.

I love Loki dearly, and a good deal of the fun of his character’s villainy comes from Tom Hiddleston’s fine performance. But while some of Loki’s early motivations are understandable—a desire to impress Odin, jealousy of Thor, the revelation of his hidden heritage—he can’t come anywhere near Killmonger in terms of feeling vital and real. Loki might genuinely feel that he’d make a better ruler of Asgard than his brother (and maybe he’s not wrong?), but this doesn’t come from a place of rawness grounded in our actual world.

Malaysian artist Ahmad Safwan, who was kind enough to give me permission to post his work here, envisioned a scene where Loki is challenged at last for that Best Villain throne.

Honestly, it’s about time that Loki was challenged. Marvel’s villains have been a glaring weak spot for a very long time. Killmonger gives us hope that the studio finally understands that in order for a hero and a movie to truly shine, it needs a worthy villain. And Loki is arguably not so much a villain anymore, with his status and allegiance up in the air for Infinity War. He’s been lounging around on this golden throne long enough.

I will always adore you, Loki, and I know you’re a powerful alien god-type being and all, but my money’s on MIT graduate, black ops mercenary, and unrepentant badass Erik Killmonger.

Who do you think deserves the title of the MCU’s best villain?