Fan Fiction is More Than Words – It’s About Worlds 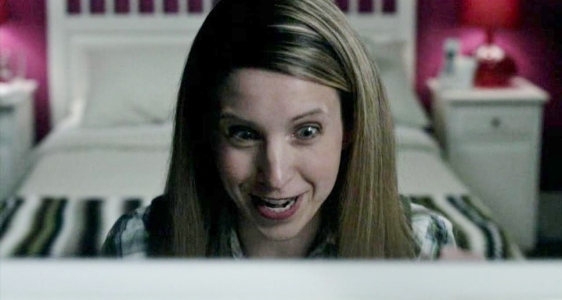 When the word “fan fiction” is used, what comes to the forefront of your mind? Becky, the superfan, from Supernatural? Or a host of bad stories written on the topic of what I like to call SSH (that’s Slash, Smut, and High School Romance). The truth is that there’s far more than just that to reading fan fiction. There’s a whole universe of possibilities to explore, and reading (and writing) fan fiction is something that can not only help you explore your own fandom, but can help you understand different perspectives of the story or character.

Admit it. You’ve ventured over to that side of the fandom before. On purpose or not, whether you saw some curiously well-written smut when scrolling through Tumblr, or you’ve actually done a Google search for your OTP (that’s one true pairing, for those not in the know), you’ve ran into fan fiction. I’ll be honest, I really have no idea how many fans actually read fan fiction, it’s kind of like the black sheep of the fandom world. Sure, we worship our favorite characters, but for the most part fan fiction seems to be the type of fan-based media that often gets ignored. There’s amazing fan-art and quirky cosplay posts on nerd sites all the time, but it’s much rarer to see a post about good fan fiction.

Yes, yes, fan-art and cosplay are easy, after all, it’s just a picture. It’s roughly three to five seconds of involvement and you’re onto the next thing. Quick, concise, and enjoyable. However, you can’t deny that there’s something extremely satisfying about finishing a good book; watching characters grow and develop, and try to navigate the world around them. There is something inside all of us that connects to that experience, and I can promise you that there is something satisfying about reading a well-written fan fiction.

I won’t lie, there’s a lot of fan fiction to wade through, and sometimes when you read something that isn’t quite written well it feels shoddy and cheap. If not written well, a fan fiction can feel like a convoluted story that was haphazardly thrown together without any real thought, and that can turn out for the worst, because it feels insulting to someone who really is involved in a fandom. But, when you find a really great story you are drawn to it like any other type of media, book, movies, photos, etc.

Fan fiction is a great tool to explore what you know and love, and to explore your own love for your fandom with the characters, the setting, the powers, and practically anything else that may exist within your fandom. You’ve got this great opportunity to really develop things and characters in ways that might not always be explored within the original media content.

Using this tool at your disposal opens a world of possibilities for characters that might not always get the limelight, or stories that aren’t fully explored. Take, for example, a fan fiction written from the perspective of a lesser character in Harry Potter… let’s go with Parvati Patil. Mentioned a few times in passing, aaaaand that’s about it. What is her character? What does she do? What does she excel at? Why was she chosen for Gryffindor? How does she feel and react to what is going on with Harry and the gang each year at Hogwarts? She’s of Indian descent, does that affect any of her character at all? Or is she 100% British and her Indian heritage plays no part?

These are ideas that are often pushed to the wayside simply because the original story isn’t about her, but that doesn’t mean the story didn’t affect her. Here is a multicultural and diverse character, experiencing basically seven years of school trauma, and we never see what that means to her in the original media. But that’s where fan fiction can step in and allow us to explore even more. Fan fiction is the most useful tool to explore her side of the story, and really help to see what is happening at Hogwarts from a different perspective, and a different background. It helps a fan develop not only his or her love for their fandom, but show that there is more than just Harry and the gang that’s going through this ordeal, and other characters may have other opinions.

Let’s take this same idea, but apply it to a better known character: Hermione Granger. But first, let me explain something. Harry Potter is written in third-person limited, this means that the while the story is told in the third-person, it focuses solely on Harry. What he feels, how he reacts, how he functions when fighting the forces of evil and Voldemort at Hogwarts, it does not take into account any of the reactions of other main characters, like Hermione, unless it’s viewed through his perspective.

What does this mean? Well, it means that the reader is missing out on an entirely different view-point, and an entirely different background of someone who is close to Harry. This isn’t a Parvati Patil who is mentioned and not explored, this is someone who goes with Harry through the same ordeals from start to finish, but not someone we are allowed to understand in the same full-bodied way we get to understand Harry. Does this mean that her side of the story is any less valid or less interesting? No. Not at all. However, it does mean that Hermione’s entire existence within the Harry Potter books is framed through Harry Potter, and not herself.

Once again, this is a great place for fan fiction to come in and explore Hermione Granger. This a character who has a massive fan following. A character who is designed to be a role model. Smart, clever, ingenious, and (let’s face it) there are times when Harry would not have succeeded without her help. Yet her entire character within the context of the books is framed through Harry’s perspective and experiences. We never once are allowed to see Hermione exist as herself, only as she is seen through Harry Potter.

Using fan fiction, a fan can truly explore Hermione’s character and what she really means to the full context of the story. Hermione does not exist solely within the context of Harry. She is her own person and her own character, and a fan who is intrepid enough can write her story and fully explain who she is as a person, outside of her relationship to Harry Potter. That is why fan fiction should be important to all fans, because now we have the ability to see a different side of the story than what is presented to us. It gives fans the opportunity to explore their favorite characters, their favorite worlds, and their favorite scenes all from the perspective of someone else.

And that leads me to another idea, that our understanding of a world we love does not have to be confined to what is shown to us. This whole break down of the importance of fan fiction doesn’t have to be contained to the characters themselves. No, it can be used for exploring worlds and scenes. Using the stories we love, a writer can create an amazing framework for even more spectacular stories. Let’s leave Hogwarts for a little bit and travel to a galaxy far, far away.

The universe of Star Wars is unequivocally massive. I’ve been out of touch with the EU (Expanded Universe) for a while, but as I nose around occasionally, I’ve discovered it’s grown a hundred-fold since my youth. It’s huge, and I cannot stress that enough. There are worlds I never knew about, races that have been created, cultures and histories that exist because someone wanted it to, and it worked. All of this media (the movies, shows, books, comic books, games) is at a fan’s disposal to work with. Imagine the possibilities! Imagine what a fan can do with just a little bit of guidance and a great story. It’s amazing.

Creating characters and exploring a universe that we love helps us understand why we love a good story. It helps remind fans why we fell in love with the story in the first place, because there was something fantastic and magical about it. There were characters we connect with and felt strongly about, and being able to explore Alderaan before its destruction, and the life of Leia before her involvement with the Rebellion allows us to remember that joy of finding ourselves on the Millennium Falcon one more time. Or even seeing a short story from her perspective based on the destruction of Alderaan, can remind us of the horrors of war, and the sadness that comes from knowing that everything you ever loved and knew up until that point was destroyed in a blink of an eye. These are thing we do not see in the movies, or sometimes even in the books or other media that exists for the EU, but that doesn’t make the experiences any less valid.

What I really want anyone to really take away from any of these words is this: fan fiction shouldn’t be considered the black-sheep of the fandom world, because there are a million undiscovered possibilities within it. I know it’s often viewed as a cheap, easy way to try and force characters together because some fan out there wants an OTP to get together and kiss, but it’s more than that. You can explore a story from characters who are often ignored, or those who are not ignored but often left without a full development of their personalities. It’s a great way to explore worlds and understand stories, and that is why I will always advocate fan fiction, because it’s more than just words, it’s about worlds.

Caroline Starks lives in the exotic and fantastic locale of Kalamazoo, Michigan, where she captains the good ship Ichabbie and writes fan fictions for fun. She can be found lurking on Tumblr or FanFiction.net under the guise of Xaphrin.