Sonic Is Getting a Redesign After Backlash, Which Just Raises New Concerns 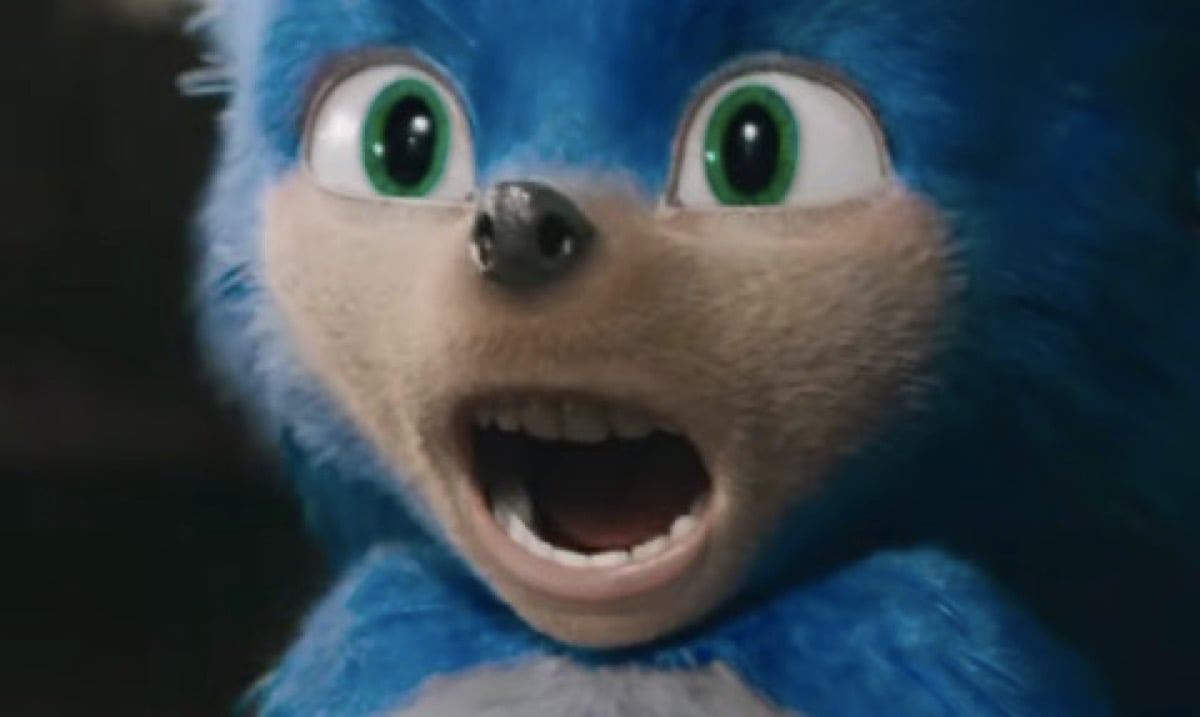 Since the first poster, the reaction to the upcoming Sonic the Hedgehog movie from Paramount Pictures was a resounding “thanks, I hate it.” The trailer did not alleviate any of the anxieties about the horror that was about to befall us. As Sonic truther and fellow Mary Sue writer Dan Van Winkle put it, “What exactly is this movie supposed to be?” Well, Paramount, hearing the backlash, has decided to go back to the drawing board with the Sonic design.

Director Jeff Fowler responded to the feedback yesterday on Twitter, saying that we were being heard and that we’d be spared the image of Sonic with human teeth.

Thank you for the support. And the criticism. The message is loud and clear… you aren’t happy with the design & you want changes. It’s going to happen. Everyone at Paramount & Sega are fully committed to making this character the BEST he can be… #sonicmovie #gottafixfast 🔧✌️

The hashtag #gottafixfast was included, and that’s no joke. Right now, the movie is scheduled to be released on November 8, 2019. That’s six months, which, as anyone on a six-month deadline can tell you, seems long but flies by really quickly.

Not to mention … are the animators and designers for the movie going to be compensated for their time and energy being put into correcting these changes? Despite the fact that the current look is … terrible, this design was approved and went through the appropriate rounds before a series of animators put in the effort to make a whole movie.

Twitter users have experience working in artistic fields have even pointed out the likelihood that many of the movie’s artists were already concerned about the design but were overruled, and they’re now being forced to do their work over again to fix something they knew should never have been made in the first place. Those terrifying human teeth took time to render, guys.

Fans are reacting with a mix of surprise that Fowler and Paramount are actually doing this and a bit of concern about what that’ll mean in terms of making the move work around any changes, since, you know … it ideally should be finished in six months.

The power of sonic fans is amazing. It is good to go in a good direction. Thank you so much for loving Sonic. https://t.co/uKiY2GLXjf

Please change, but don’t “fix fast”. Delay the movie if you have to. Take your time so the crew and animators don’t get overworked. Take the time to design and animate the Character well and better than before. https://t.co/J0MQuvZ5oZ

A part of me feels like if the powers that be had faith in the script, they’d probably stick with the human teeth and hope the quality of the story and the rest of the movie would carry them through. That’s what concerns me. When the Detective Pikachu trailer came out, people had opinions about the IRL Pokémon designs but connected with the fun and energy of the trailer so much that it didn’t really matter. The overall whole worked, even if Mr. Mime looks really creepy. If your movie is running on nostalgia, then yeah, I guess you’d better #fixfast.

Which internet/fan redesigns have y’all seen that you’re hoping will resemble the result?

There we go, my quick edit of the Sonic movie design #SonicTheHedgehog #SonicMovie pic.twitter.com/JNXqJEwoMe

a bit rusty on my painting, but I tried doing a paintover of a shot from the movie trailer with Sonic's design from the games for fun pic.twitter.com/h6luDEVKWW

Now that the movie trailer for “Sonic the Hedgehog” has been released, the NDA I signed with Sega is null and void. I’ve been dying to show you guys bits of the movie I was hired to work on.