Do Something: Nationwide Protests Against Separating Immigrant Families Are Happening Today

This march protests the Trump administration's horrific policy of separating immigrant parents from their children. 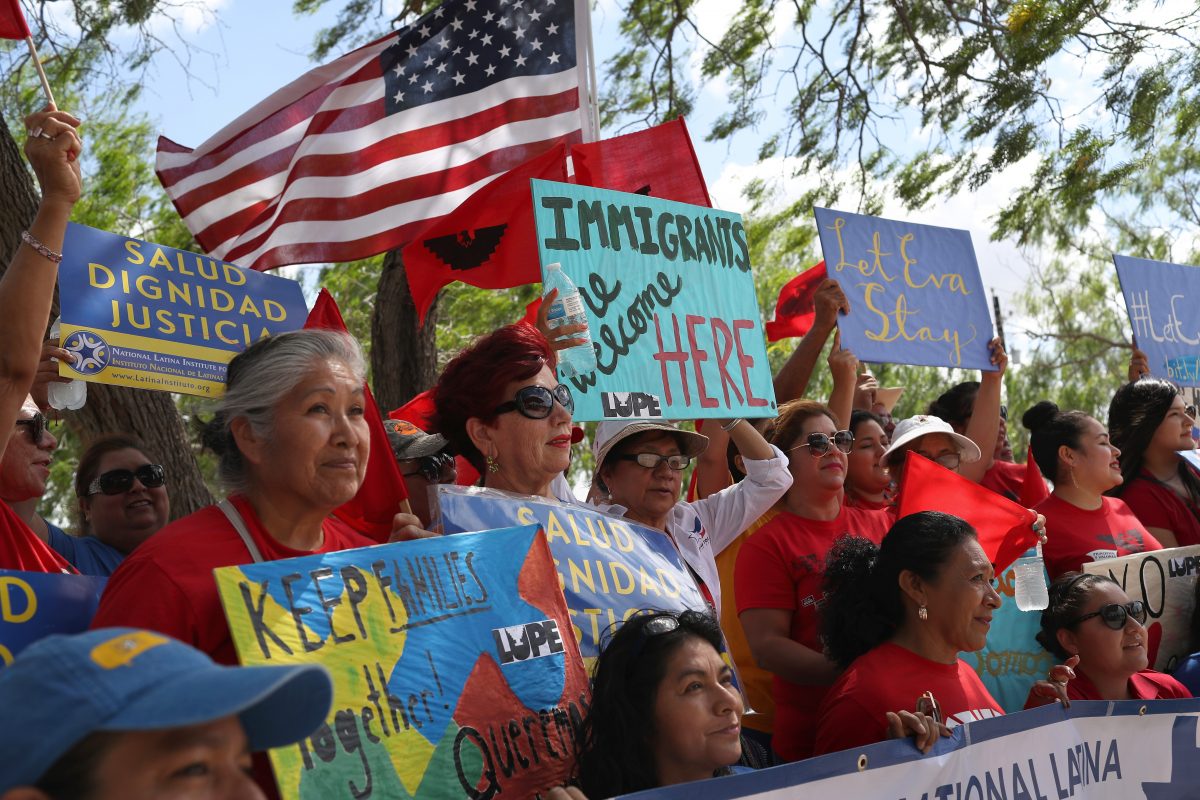 Are you horrified and appalled by ICE’s mandate to separate immigrant parents from their children? Good news: You have a soul. But what can you do about it? Today, all across the country, people are mobilizing to protest the hideously cruel separation policy. Heading up this massive resistance is Families Belong Together, an action network that is coordinating protests, marches, and vigils against the family separation policies. In a press release, the organizers stated:

“As parents, it is unconscionable that the US government is actively tearing apart immigrant families. They are victims of violence, hunger, and poverty and our government’s actions re-violate them, causing untold damage. Children as young as 18 months are torn from their mothers’ arms by our own government. This is violent abuse and as concerned citizens and voters we state, unequivocally, that this is not in line with American values. We oppose the inhumane policies of the Trump Administration, Border Patrol, ICE, and other federal immigration agencies. We are disheartened by the lack of leadership in Congress whose job is to be a check on the federal government when it overreaches and abuses its power. We are calling for immediate reforms and an end to this barbarism.”

More than 3,500 people are mobilizing events on a local level with FBT support, and events will be held today in over 60 cities. You can find your local event by visiting the Families Belong Together website. You can also participate in their virtual event, Lunchtime for Change, which lists a series of action items you can partake in, such as signing petitions or writing letters to your local representative.

Last week, Senate Democrats introduced a bill to prevent familial separation at the border. Sen. Dianne Feinstein (Calif.), who is leading efforts on the bill, said in a statement, “The United States must not be a country that traumatizes young children by separating them from their parents … Congress has a moral obligation to take a stand and say that families should not be forcibly separated.”

It’s easy to get distracted with the relentless news cycle and the breakneck speed of scandals coming out of the White House. This immigration policy, however, is a watershed moment that defines who we are and what we are willing to put up with. It is a national disgrace at a time when “national disgrace” is an apt moniker for anyone working in this administration. History will condemn those who allowed it to happen and those who stand idly by. Let’s get on the right side of history.