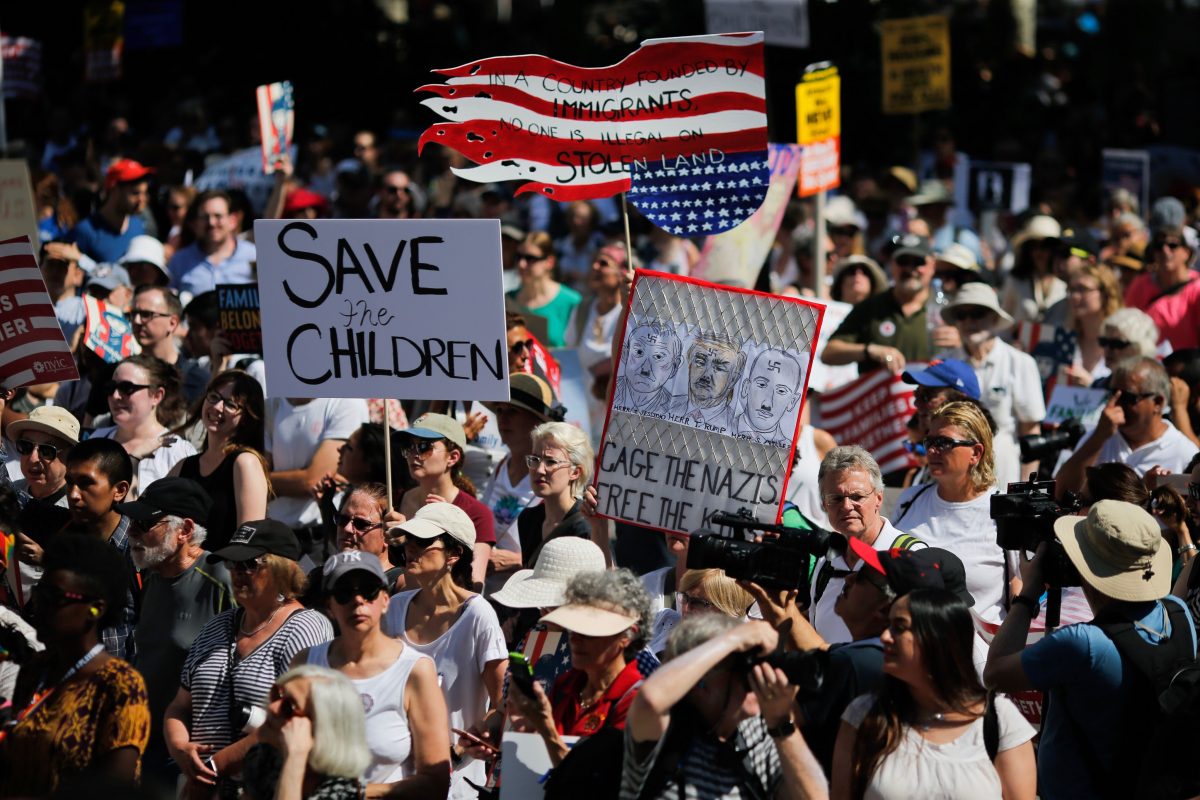 Hundreds of thousands of people are taking to the streets in a series of rallies across the country to protest Trump’s zero tolerance immigration policy. The marches are operating under the banner of Families Belong Together, a non-profit dedicated to reuniting children with their parents. Over 600 marches are currently taking place across the country, from major cities to small towns, where crowds have gathered to stand in opposition to ICE’s inhumane policy of separating parents from children and then imprisoning children in detention centers. This will go down as the biggest immigrant rights march in U.S. history.

Dissent is patriotic and families belong together ✊ pic.twitter.com/Acxw8KJloV

“Honestly, I am blown away. I have literally never seen Americans show up for immigrants like this,” said Jess Morales Rocketto, political director at the National Domestic Workers Alliance. “We just kept hearing over and over again, if it was my child, I would want someone to do something.” As crowds mobilize across the country, they are joined by politicians and celebrities alike who condemn the actions of the administration and are calling to abolish ICE. Lin-Manuel Miranda took the stage in Washington D.C. to sing a lullaby for the children separated from their families:

Lin-Manuel Miranda is singing a lullaby for children separated from their parents pic.twitter.com/csctFNjR5T

Civil rights icon Rep. John Lewis marched in Atlanta and gave a stirring speech, telling the crowd “We may have to turn American upside down to turn it right-side up. As a nation and a people we can do better,” Lewis said. “Don’t give up. Don’t give in. Keep marching.” In addition, New York City Mayor Bill de Blasio and Senator Kirsten Gillibrand have called for ICE to be abolished.

Just marched past the White House. Maybe @realDonaldTrump can give us a good crowd size estimate. pic.twitter.com/c8RVKU8WhD

Looking for more ways to help? Donate to organizations working to reunite families like RAICES, The Florence Project, and the ACLU. If you weren’t able to make it to a march, you can watch the live-stream of the D.C. rally here: