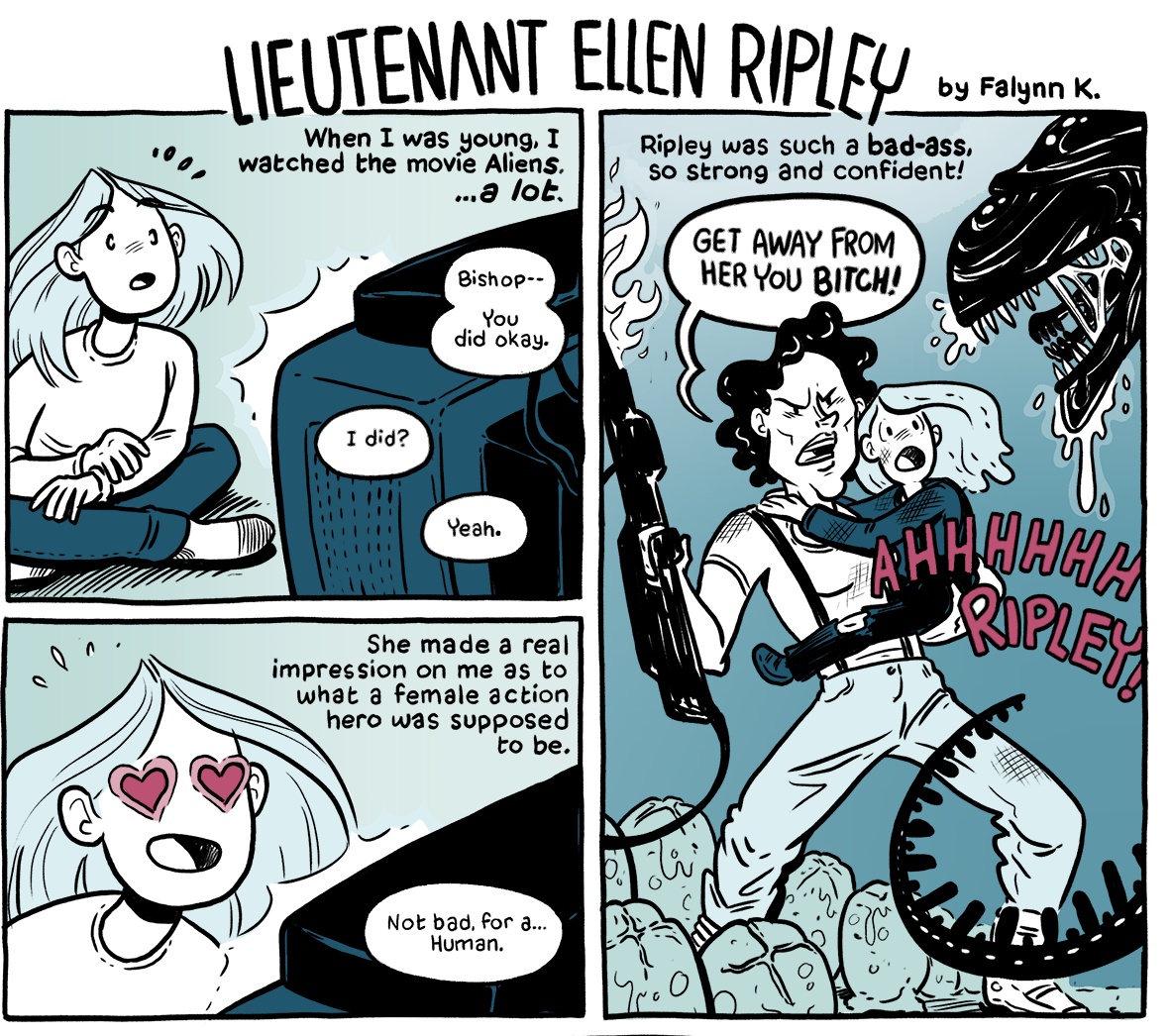 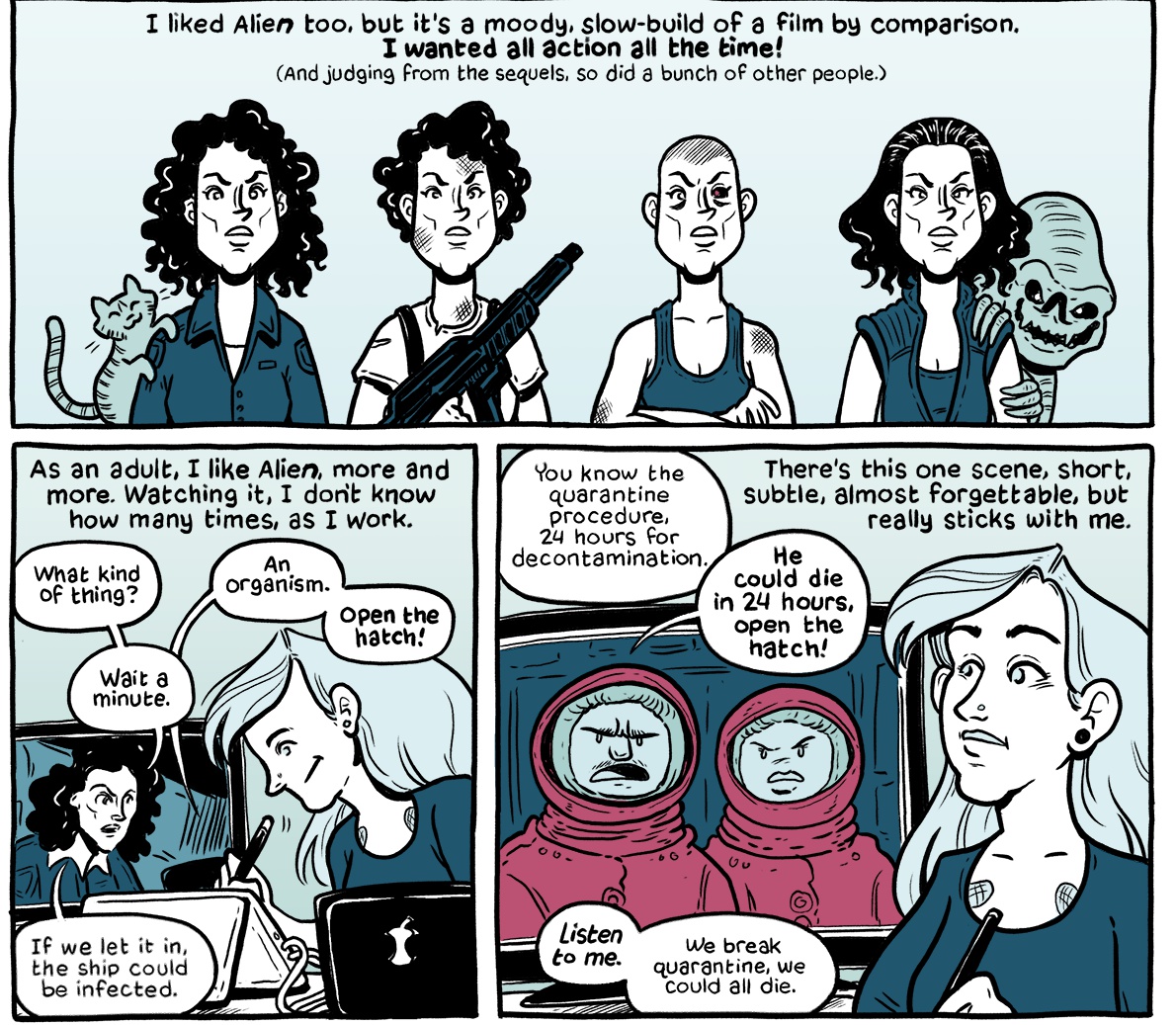 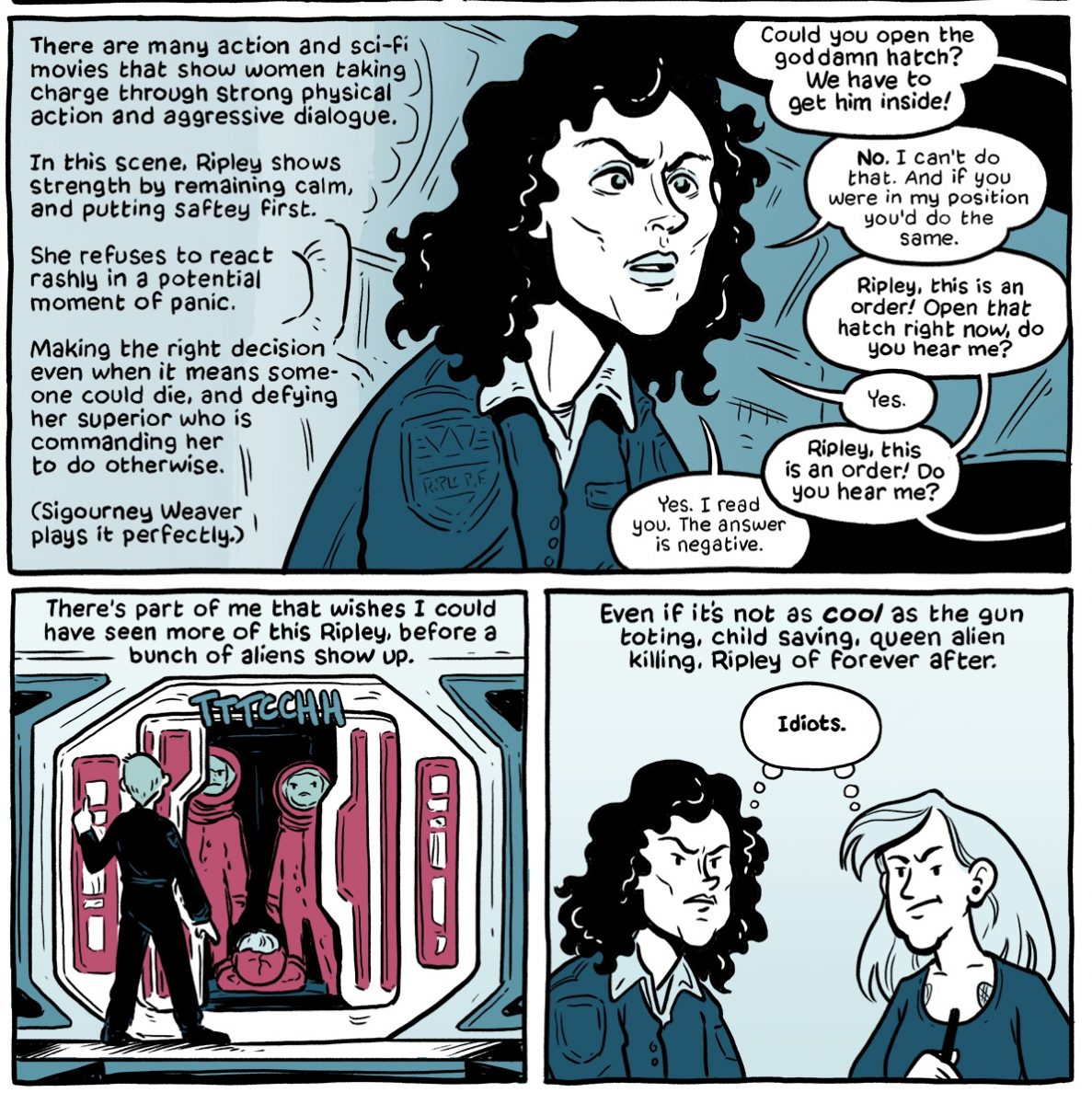 K: Personally, my grandma. She’s the kind of person who is good at everything, including being an accomplished artist, yet still goes to art classes even in her 80s. She reminds me that education is a lifelong pursuit and not something only done when you’re young.

Historically, it’s Mary Wortley Montagu who I learned about when researching about germs. Some know that she convinced the people of Europe to inoculate their children against smallpox, but more than that, self-taught herself Latin, was a writer and poet, eloped instead of going through with an arranged marriage, and was an inspiration to women who wanted to travel and experience the life and culture of people unlike them.

TMS: Where do you think we are in terms of still having to struggle to highlight the accomplishments of women?

K: I guess there’s part of me that’s all for highlighting or praising women in their own individual fields, in their own categories, or else they may not have ever been praised at all. Which sort of bums me out that women aren’t just naturally included most times with the group as a whole, and that people have to fight to show that women are involved in many important discoveries and breakthroughs in history, and now.

K: I guess the biggest shock is that I don’t get shocked all that often in real life. My family never told me that things were reserved for men and women, I would never be friends with anyone like that, and I would never get a job with someone who was worried about my professional abilities based on my sex. It’s something I do not think about daily, so the shock comes from the rare occasions I do meet someone like that, and it reminds me that outside my life there are still many people for whom equality is not a normal thing.

K: I think feminism is more than just the big picture things, like equal pay and job opportunities, but it’s also about being heard and believed. That our opinions and thoughts about change are not just out there because we want to stir a pot for the sake of stirring it, but that our concerns affect us regularly emotionally and physically.

K: I think women share a lot of things in common with what they would like to see changed in an overall sense, but also accepting that there are women whose challenges may be different and more difficult for them for different reasons. It’s important that if we want to be listened to and heard that we know when to listen to and believe in other women as well.

TMS: We talk a lot about the inequalities and gender discrimination that we face in this world, so what is something that makes you proud to be a woman?

K: My pride comes from the women who came before me because honestly there’s not a lot of things I do daily that make me feel personal pride, but that’s in a good way. What I mean is that I live my life doing the things that I think are best for me, both as a woman and an individual. I don’t tend to think about what I’m supposed to be doing, or if what I’m doing is going to offend or disrupt anyone or anything when it comes to traditional gender roles.

K: Ha, you’ll have to read my comic to find out!

Falynn K. is an awesome cartoonist/illustrator and the pen behind Science Comics: Plagues which is currently in your local bookstores.