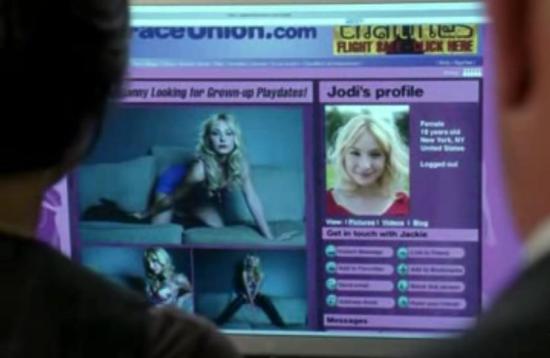 Yesterday, we wrote about an entire social network dedicated to fictional personas, which made us think: what are some social networks that, while aimed at real human beings, are themselves totally made up to fill a void in pop culture?

Join us below for a Campbellian hero’s journey into the world of what TV writers, popular authors, and late-night comics think about when they think about social networking!

FaceUnion (Law and Order: SVU, and, by crossover logic, all of American television) 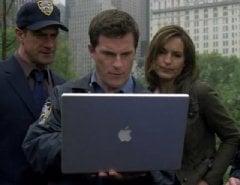 Of course the first fictional social network to come out of television was a product of cultural anxiety about the Internet Killing Our Children.

Law and Order: SVU being what it is, FaceUnion appears in the program’s universe whenever lead characters Stabler and Benson need a convenient way to determine the friendships, recent activity, or perversions of one of their suspects. FaceUnion’s functionality seems to expand to allow users to do more or less anything that the plot demands, including seeing whether other users are logged in and out, using both their real names and fictional handles for identification, and creating (see above) custom soft-porn-y user layouts.

A fictional service which combines the functionalities of multiple social networks? That leads us right into…

Back when Conan was on NBC, his recurring “In the Year 2000/3000” skit served as a reliable source of mock-futurist lulz, even if it was self-evidently a way for his writers to dispose of off-kilter gags that didn’t quiiiiiite fit into the day’s monologues. But his prediction that “YouTube, Twitter and Facebook will merge to form one super time-wasting Web site called YouTwitFace,” took on a life on its own on…Youtube, Twitter, and Facebook.

YouTwitFace even seems to have a parody devblog/webcomic, because as we all know, no serious company would release technical updates in illustrated panel format.

As a vision of social networking which predated even the consumer Internet itself Snow Crash holds the distinction of being the only fictional online community to directly inspire a real one.

The great triumph of social networks, however, has been their ability to let people who have no technological skills whatsoever create an online presence through slick, user-friendly tools. Even Geocities and Tripod suffered from the fact that basic HTML was required for entry; MySpace and Facebook, on the other hand, allow even the most droolingly tech-illiterate to join in. Stephenson’s vision of a world where ordinary users are regularly reprogramming both their virtual avatars and the world around them will never happen, because honestly, how many Internet users are ever even going to learn PHP? 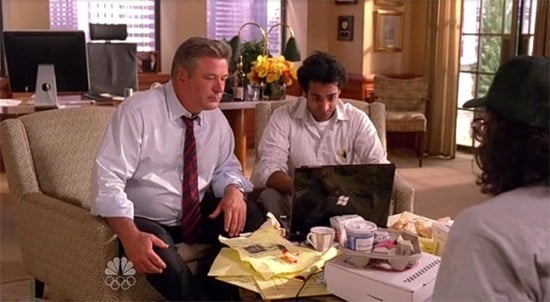 30 Rock’s fictional social network, YouFace, features “facewalls,” “bing-bings,” and — ulp — “fingertagging,” all jokes which are much more effective when the character’s befuddlement is shown, rather than a series of half-hearted mockups.

Whatever The Wiggin Siblings Were Using (Ender’s Game and sequels)

Remember in Ender’s Game, when the titular character’s older siblings kept logging into their computers to air their political grievances, gather an audience, influence global opinion, and finally take over the world? Didn’t that sound like it required certain messaging and content tools that didn’t really exist in 1985?

As per usual, though, xkcd already called this one.

Did we forget any? Excoriate us in the comments!