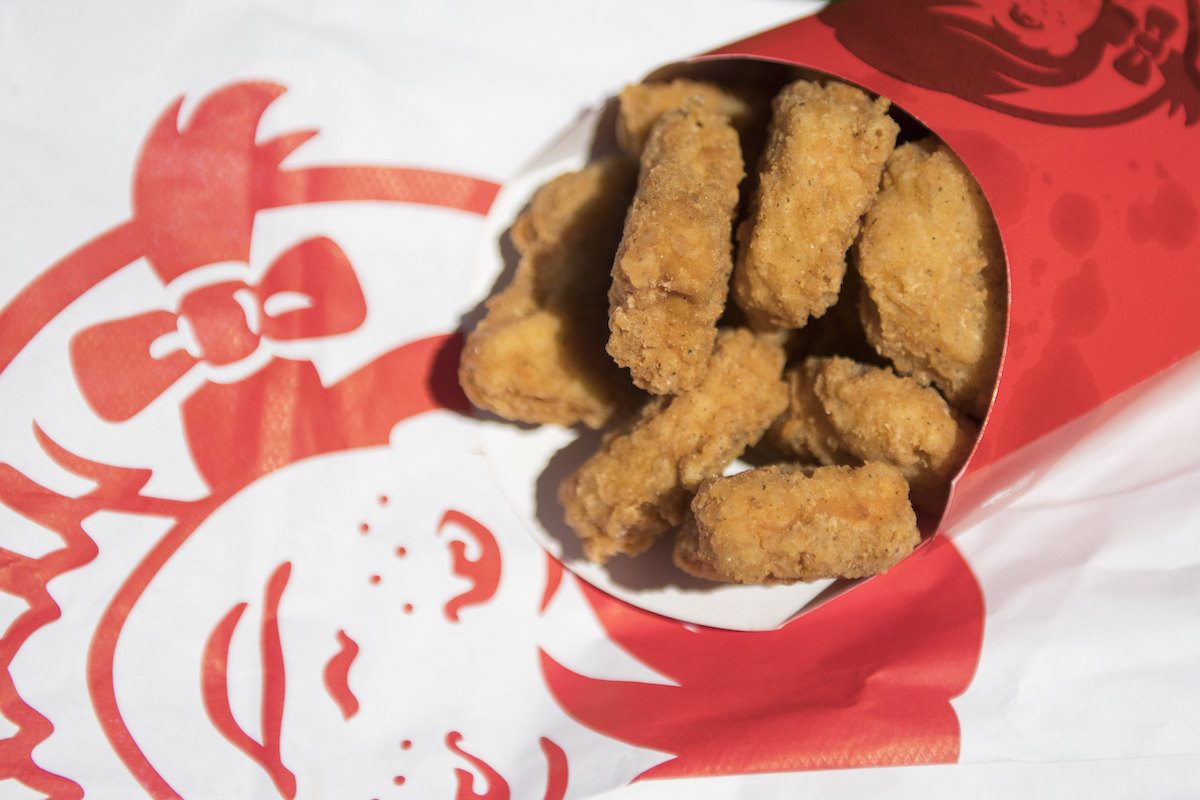 Most women or girls who have shown a public interest in some form of geekery (comic books, video games, etc.) have probably experienced some form of sexist gatekeeping. Most have encountered at least one man, if not scores of them, who don’t believe their interest in genuine and feel the need to make them prove their knowledge of a subject.

And apparently, that isn’t just restricted to actual women, but fictional ones, as well.

Earlier this week, in the kind of bizarre conversation that can only happen on Twitter, prolific comics writer Gail Simone asked fast-food chain Wendy’s if they preferred Marvel or DC universe. Why? Who knows, although it did come right on the heels of this discussion:

Did you ever notice how many restaurant chains sound like early Spider-man villains?

Anyway, Wendy’s wrote back, answering “Marvel,” and Simone went on to ask a number of other brands. A surprising number of them responded.

Are you referring to the movies? We enjoy Marvel’s ambition and general success in building a complex cinematic universe with diverse heroes. But we also appreciate DC Universe’s willingness to allow each hero’s story to be told in unique ways. So both. https://t.co/KojpYEIk7v

This is honestly pretty stressful! Doesn’t like half of humanity not exist anymore in the Marvel universe? Then again, it’s like ALWAYS raining in the D.C. universe. Wow. This is tough. I guess it’s a draw? BYEEEEEEEE! 🍕😍🍕😍

Marvel has better movies but DC Super Heroes are ICONS!

That’s not even close to all of the responses. And yet Wendy’s is the only company that I could see that encountered this sort of reaction:

The fuck does @Wendys know about comics. Besides what movies are popular…

And of course more dudes jumped in to make “her” offer proof. Wendy’s wasn’t having any of it, though. 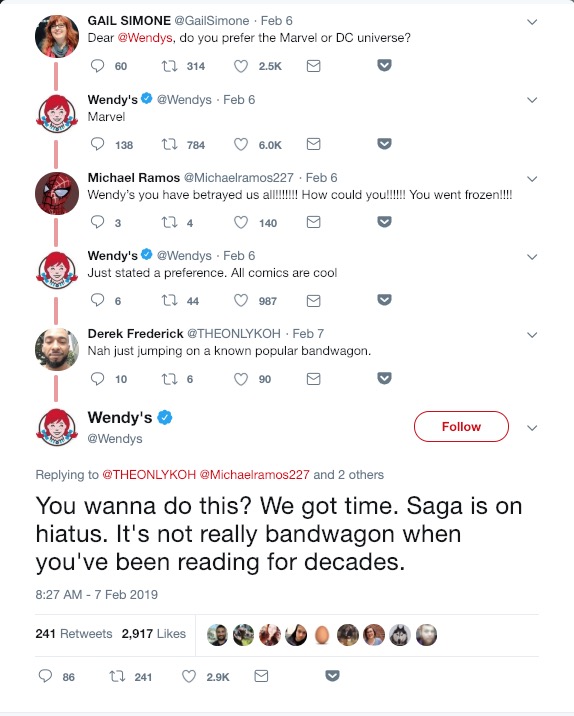 Loved Fraction’s Hawkeye, The Visions, and was super invested in the original Civil War. Anything with Joe Mad art still gives those super nostalgia vibes. Use the app, so a little behind on super current. Always love reading X-Men, and digging Black Panther.

This sort of demand for proof of an interest is a bad faith mood and never something you’re required to engage in. You don’t have to live your love of comics or anything else on some jerkwad’s terms.

But I’m glad Wendy’s chose to if only because now we all have the gift of this response:

This is the best gatekeeping response. I’m thinking of putting it on a tshirt. pic.twitter.com/fvHCZmVJqk

It’s sad that even corporate logos can get accused of being “fake geek girls,” but it’s always nice to see a gatekeeper get put in their place.