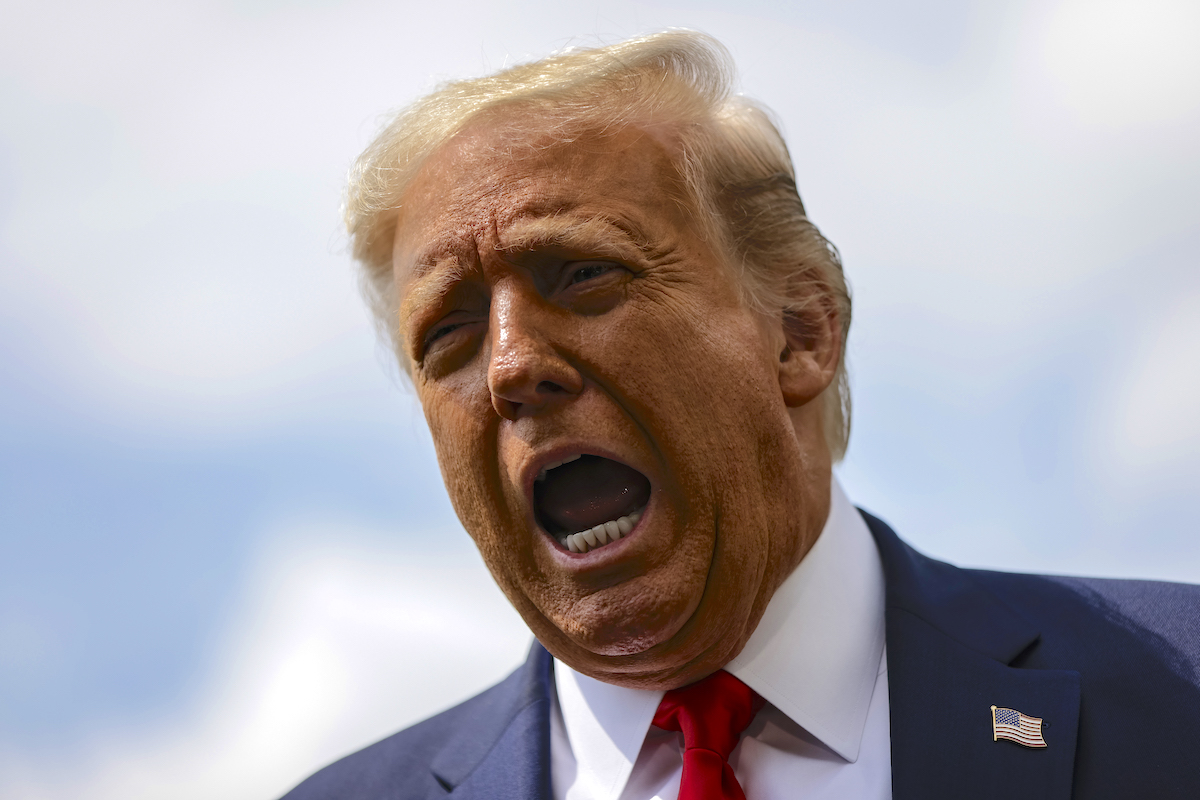 Yesterday, following posts and videos expressing support of the violent breach of the Capitol by his supporters, Donald Trump’s accounts were temporarily suspended from major social media platforms, including Facebook, Instagram, and Twitter. This morning, rather than end the temporary lock on the President’s account, Facebook took the vital but unprecedented step of suspending Donald Trump’s account indefinitely.

“We believe the risks of allowing President Trump to continue to use our service during this period are simply too great, so we are extending the block we have placed on his Facebook and Instagram accounts indefinitely and for at least the next two weeks,” Facebook explained in a release.

This may be a case of too little too late, but it is the right call nonetheless, though saying “indefinitely and for at least the next two weeks” muddles the message. While Trump’s favorite platform has always been Twitter, Facebook has been a hugely dangerous breeding ground for misinformation and radicalization of his supporters. It is well past time for the platform to suspend him and we can only hope that he remains suspended when he is out of office, and broadcasting his rantings and incitements to violence with polite warnings attached can no longer be rationalized as in the public interest.

Trump has also been banned from Shopify, making it marginally harder for his supporters to buy their fascist gear that blares how great America will be as they attack the democratic process.

Trump’s Twitter account was also locked yesterday after Twitter removed three tweets (one containing video) in which the President continued to claim he won the election and expressed love and support for the terrorists overrunning the US Capitol. Twitter hid the Tweets but placed the onus on Trump to remove them.

This means that the account of @realDonaldTrump will be locked for 12 hours following the removal of these Tweets. If the Tweets are not removed, the account will remain locked.

The Twitter lockout for Trump began at 4:00 Pacific, 7:00 Eastern and as of this writing the twelve-hour timeframe has passed, but Trump either has not tweeted yet or remains locked out of his account. We remain hopeful that Twitter and CEO Jack Dorsey will follow Facebook and Zuckerberg’s lead. Keeping Donald Trump from inciting more violence and insurrection by de-platforming him for the final 13 days of his Presidency may be one of the only steps someone with power outside of the halls of government can take to make the US marginally safer.

While some congress members and business leaders have called on Pence and the Cabinet to invoke the 25th Amendment and others have called for a second Impeachment, those are longshot processes that take time. Twitter can act now by banning Trump forever, or at least until after the inauguration, and potentially save lives and ensure the stability of our democracy.