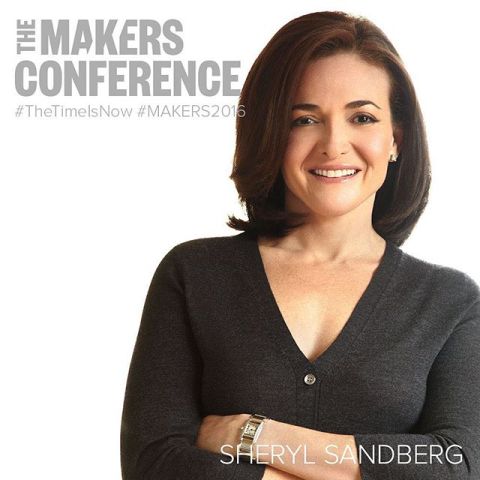 There’s no question that the achievements of women like Sheryl Sandberg and Lori Goler of Facebook mean a lot when it comes to getting more women involved and participating in male-dominated industries. However, when Sandberg’s book Lean In came out a few years ago, there was some opposition to it, as many critics (like feminist writer, bell hooks, for one) thought it tone-deaf when it comes to things like white privilege, or issues of class. So, I was very interested to hear what these ladies would have to say when I attended their presentation at this year’s MAKERS Conference, and I was pleasantly surprised.

You can watch the presentation in its entirety HERE. Really, the thing that I was happiest to see is that a concrete attempt is being made at Facebook, not only to hire differently or meet some quota, but to really train their staff to recognize the ways in which unconscious bias affects not only hiring practices and their talent pool, but also the experiences of the women and people of color already at Facebook.

In the video I link to, Sandberg and Goler explain that Facebook sought out several experts on the issues at hand to help them create a curriculum on managing unconscious bias. They then created a training program for their employees, wherein they not only try to surface the unconscious biases that people have, but then arm the staff with “bias interrupters” – concrete action that everyone can take when they encounter an instance of bias in the workplace.

Even better, they’ve provided a free, one-hour version of their training program online for everyone to use at their own companies and organizations, which you can check out at Facebook Managing Bias.

I said I was pleasantly surprised, because after hearing criticism of Sandberg’s book, I was hesitant to read it, knowing that it likely wasn’t as intersectional as I believe feminism should be. However, in this presentation it’s clear that Sandberg has learned a lot in the past few years, and is at least starting to acknowledge how incomplete her feminism may have been. I hope that this sort of training spreads, and that it better equips people at all levels of business and in all industries to each take responsibility for managing their own biases and helping others do the same.