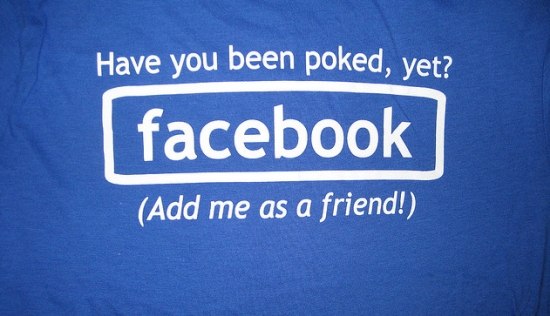 Facebook‘s one of those companies that’s notorious for attempting to purchase any other company that they determine to be within their wheelhouse. It’s pretty much the driving reason behind their acquisition of Instagram. If you can’t beat ’em, buy ’em. That’s why when Snapchat, an app that sends self-destructing pictures, hit the market, it’s not surprising to learn that Facebook tried to acquire them. When that didn’t pan out, Facebook built their own Poke app, which is basically the same thing. What’s actually interesting about the app is that Mark Zuckerberg himself supposedly worked on it, and even used his own voice for the notification sound.

Sure, it’s impressive that Facebook built the app over the course of 12 days, but there’s really only so much to say about an app that’s basically going to be used for sexting. Does anyone else have any particularly compelling reason to send an image that’s then going to delete itself? It’s not like clandestine operations are going to be carried out like this, so, yeah. Lots of sexy pictures will be taken and shared.

Having a little snippet of the Zuck himself at your disposal is far more interesting. Here’s an example of what it sounds like, courtesy of TechCrunch:

Sure, a ton of filters have been applied, but it’s still an amusing connection to the Facebook founder, assuming it’s actually him. Just think: Whenever you use the app, it’s really Mark Zuckerberg “poking” you. Maybe that will help you sleep better at night.

(via TechCrunch, image via BeFitt)