Facebook Cracks Down on Boogaloo Groups Way Too Late 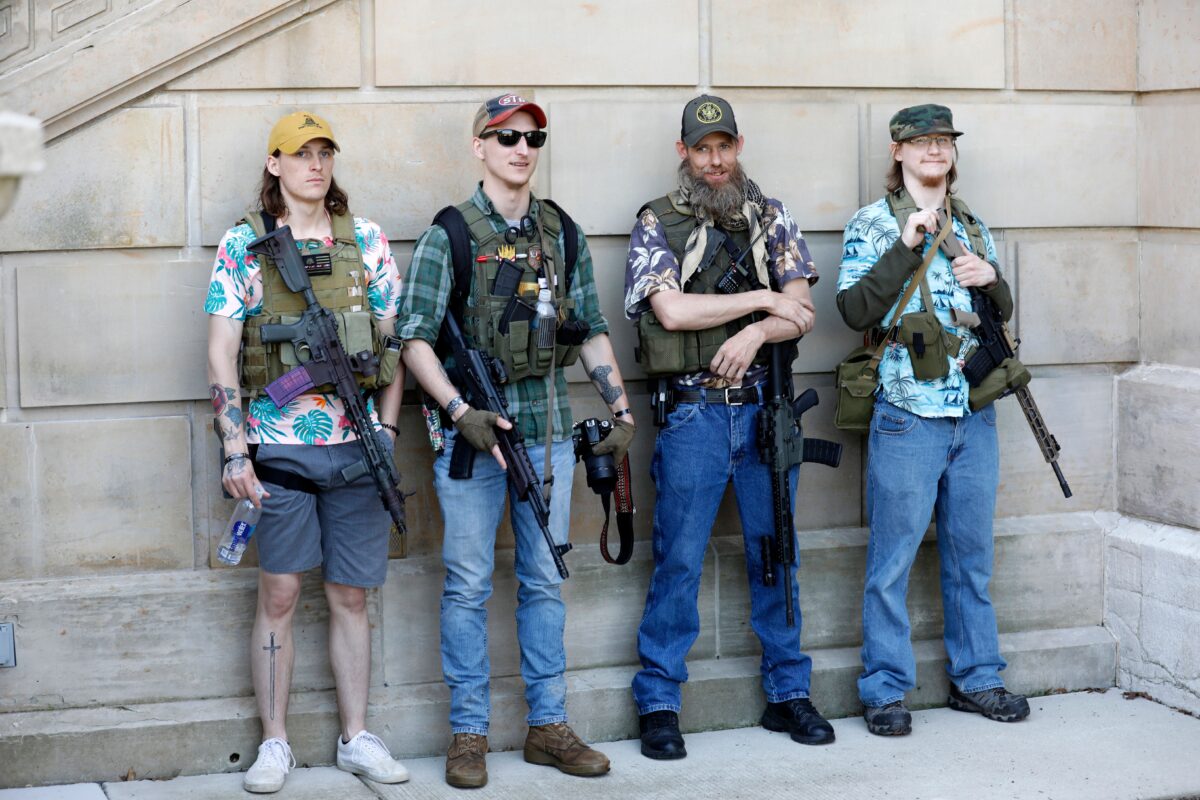 Facebook, despite continuing to allow their platform to be used for the spread of political misinformation, racism, and memes your parents think are funny that you saw on Twitter two years ago, wants to seem like they are trying. They’re placing warnings on political ads that incite violence, trying to battle fake news, and now, cracking down on groups that were the organizing focal point for the so-called “boogaloo movement.” But it may be too little too late.

First off, what the hell is a boogaloo? Well, it has nothing to do with breakdancing and everything to do with racism and white supremacy. It’s a term that’s been used, sometimes ironically (which is odd since irony died in 2016) to refer to, I kid you not, a second civil war or coming race war in America. Yes, just like Charles Manson called his coming race war “Helter Skelter,” these jerks call it “the Boogaloo.” It came out of white supremacist and neo-Nazi movements. This new civil war will be kicked off, of course, when the government comes for these racists’ guns.

For some reason, based on a strained joke about killing pigs and “big luaus” these guys wear Hawaiian shirts under their flack vests. Some may call themselves “Boojahideen” in what The Guardian called “a tribute to Afghanistan’s Mujahideen, who fought a guerrilla war against the Soviet occupation of their country.” It would be funny if it wasn’t absolutely terrifying.

In recent years and months, the boogaloo “movement” has moved into more mainstream spaces, including Facebook groups where they organize, share content, radicalize people, and plan for both the coming race war and to show up armed at protests of police brutality or racial injustice. The boogaloos want to kill police officers, I think, but they apparently aren’t okay with calls to abolish the police when they are made by Black people. Like I said, these people are truly awful in every way.

There were, as of April, 125 far-right groups on Facebook devoted to planning for “the boogaloo.” These groups boasted a combined membership of over 72,000, though that does not account for members in multiple groups, so the number is hopefully smaller. That’s still A LOT of people hopping on Facebook to plan for a race war, which is why Facebook’s move to ban the network from its platform is a good one.

Facebook is correctly designating the Bogaloo network as extremists, akin to the Islamic State or Neo-Nazis, but that’s only after these networks and groups have been growing in membership and influence for months, and possibly years. It could be a case of too little much too late, and this kind of de-platforming at this point doesn’t eliminate groups, it only weakens them. But it also gives them fuel to say that the state forces they believe they are out there to fight are massing against them.

Facebook cracking down on these groups is a good start, but it’s just that, a start. These guys will reorganize elsewhere, and while the groups may be banned, the members are still on the platform. When it comes to racism and white supremacist groups and rhetoric, a small gesture is not enough. Every website with these groups and extremists on them have to ban them and speak up that hate and incitement to violence will not be allowed on their platforms.

(via The Guardian, image: JEFF KOWALSKY/AFP via Getty Images)