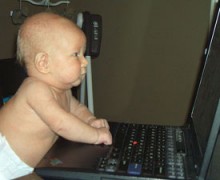 The Daily Telegraph reports that during a testimony before Australia’s parliamentary cyber-safety committee, Facebook privacy advisor Mozelle Thompson claimed that even though Facebook has an age restriction of users under the age of thirteen, they still ban 20,000 underage accounts per day. Though Facebook does have various checks in place to help curb the registration of underage users, Thompson admits the obvious by stating “It’s not perfect.”