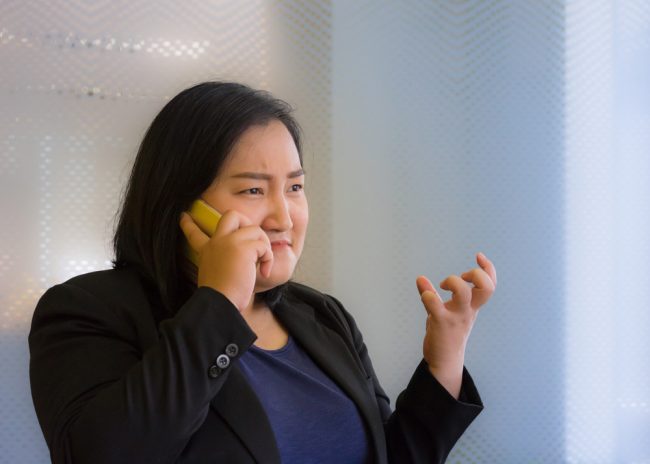 Paste Magazine recently published an illuminating piece about Hollywood’s repeated erasure of Asians and Asian-Americans. In that piece, the writer shared an anoymous quote from a casting director who said, “I work with a lot of different people, and Asians are a challenge to cast because most casting directors feel as though they’re not very expressive. They’re very shut down in their emotions.”

The anonymous quote was originally collected by Nancy Wang Yuen, as part of her work on Reel Inequality: Hollywood Actors and Racism, and it clearly illustrates the sort of widespread, systemic racism that Asian actors face when auditioning for roles.

Twitter, per usual, had the appropriate response for racist nonsense. Under the #ExpressiveAsians hashtag, users shared childhood photos, performances from their favorite Asian actors and actresses, or just incredibly over-the-top selfies to demonstrate how absurd it is to suggest that Asians are “not very expressive.”

Ana May Wong literally made her career being expressive…she was a SILENT FILM STAR. Hollywood, learn your own history! #ExpressiveAsians pic.twitter.com/V9n8mfrMb9

#ExpressiveAsians. Guess what, WE EVEN HAPPEN IN GROUPS! AND WE ALL LOOK DIFFERENT! #NotaMonolith pic.twitter.com/sDFDNCOBH3

I feel we’re pretty damn expressive, but WHAT DO I KNOW. #ExpressiveAsians pic.twitter.com/aqwfdTsc9T

I swear these three faces are my default expressions these days #ExpressiveAsians pic.twitter.com/iQFCde7PT0

#expressiveasians I love this hashtag omfg IT’S MY TIME TO SHINE pic.twitter.com/RILuenmxvc

The idea that Asians are “not very expressive” is tied up in all sorts of regressive stereotypes of Asians as “inscrutable”, untrustworthy, or unfeeling. It’s the kind of idea that makes it easier for a society to subject Asian people to internment, or racist immigration laws, or horrifying working conditions. For more historical context on this harmful idea, I’d recommend this thread.

The “not very expressive” stereotype is also just patently ridiculous. Honestly, it probably doesn’t even merit the dignity of a response, but I’m just going to take a moment for anyone who kinda-sorta finds it “understandable.” Go watch Steven Yeun in The Walking Dead. Go watch Ming-Na Wen in Agents of S.H.I.E.L.D. Watch Ken Jeong in Community. Come look at Kelly Marie Tran just holding her Rose Tico merch. Flip through literally any K-drama. Hell, just look at the amazing “What the eff?” expression in the stock photo I used for this article!

And then circle back and peruse these wonderful tweets of Asians celebrating their joy, anger, humor and hyperbole in defiance of a racist lie.