Expanding the Supreme Court Is Normal and We Should Do It 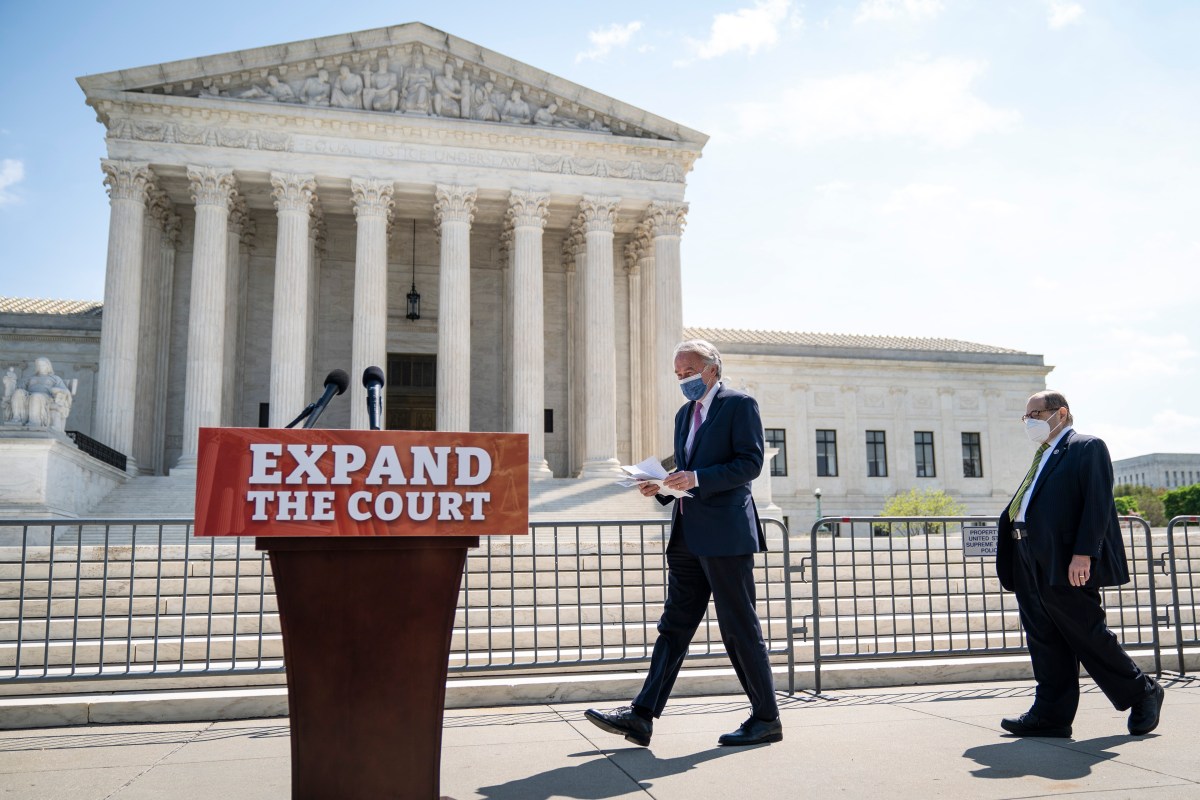 Yesterday on the steps of the Supreme Court, Senator Ed Markey, flanked by House Judiciary Committee Chairman Rep. Jerrold Nadler, Rep. Hank Johnson of Georgia and Rep. Mondaire Jones of New York, announced the introduction of a bill aimed at expanding the Supreme court from 9 to 13 seats. This was met with cries from the GOP of “court-packing” and Nancy Pelosi frustratingly said she would not bring the bill to the floor in congress.

The thing is that the Supreme Court should absolutely be expanded. And it has been before. There’s nothing in the constitution that says how many judges must sit on the Supreme Court, that’s up to congress. The court went from six to five to seven to nine to ten and back to nine in the 19th century, all for political reasons ranging from John Adams trying to screw with Thomas Jefferson’s appointments to the court all the way to trying to keep the court from ruling against Reconstruction.

Famously in 1937, when it looked like the court might invalidate parts of the New Deal, President Franklin Roosevelt threatened to expand the court and they responded by ruling in his favor in what was called the “switch in time that saved nine”. And yes, that was political too and it would be political to expand the court now. But that’s not a bad thing. When being political means protecting the right of women to control their bodies, the right for gay people to get married, the rights of voters, and the rights of Americans to get health care (amongst many other vital issues), we should be as political as possible.

But also, it’s completely absurd that 9 people represent the final say on the law for a nation of over 300,000 million. The Court was first expanded to nine justices in 1837. In 1840 according to the census, the population of the US was 17,069,453 (including over 2 million people who were enslaved). The meant that we had a ratio of one justice for 189,660 people, give or take. Now we have almost 20 times the people living in this country with one justice for every 36,825,000 people. That’s ridiculous.

Expanding the court from nine to thirteen doesn’t even being to address the power imbalance that the court represents. For one it shouldn’t be up to nine or even thirteen people to protect our fundamental rights—congress should be doing that. But the fact that the court is so small that one person could take away abortion access or marriage equality for millions spits in the face of democracy and shows just how broken our political system is.

“We are here today because the United States Supreme Court is broken. It is out of balance, and it needs to be fixed,” Senator Markey said as he announced this legislation. “Too many Americans view our highest court in the land as a partisan, political institution, not our impartial, judicial branch of government.”

And yeah, we do feel that way. It’s a big mess and Republican shenanigans over the last decade have made it even more of a mess. We shouldn’t have the court we have now. Justices should probably not get lifetime appointments either! It’s incredibly disappointing and frustrating that because of political pressure, people like Nancy Pelosi won’t let court expansion happen. It needs to happen, and soon.