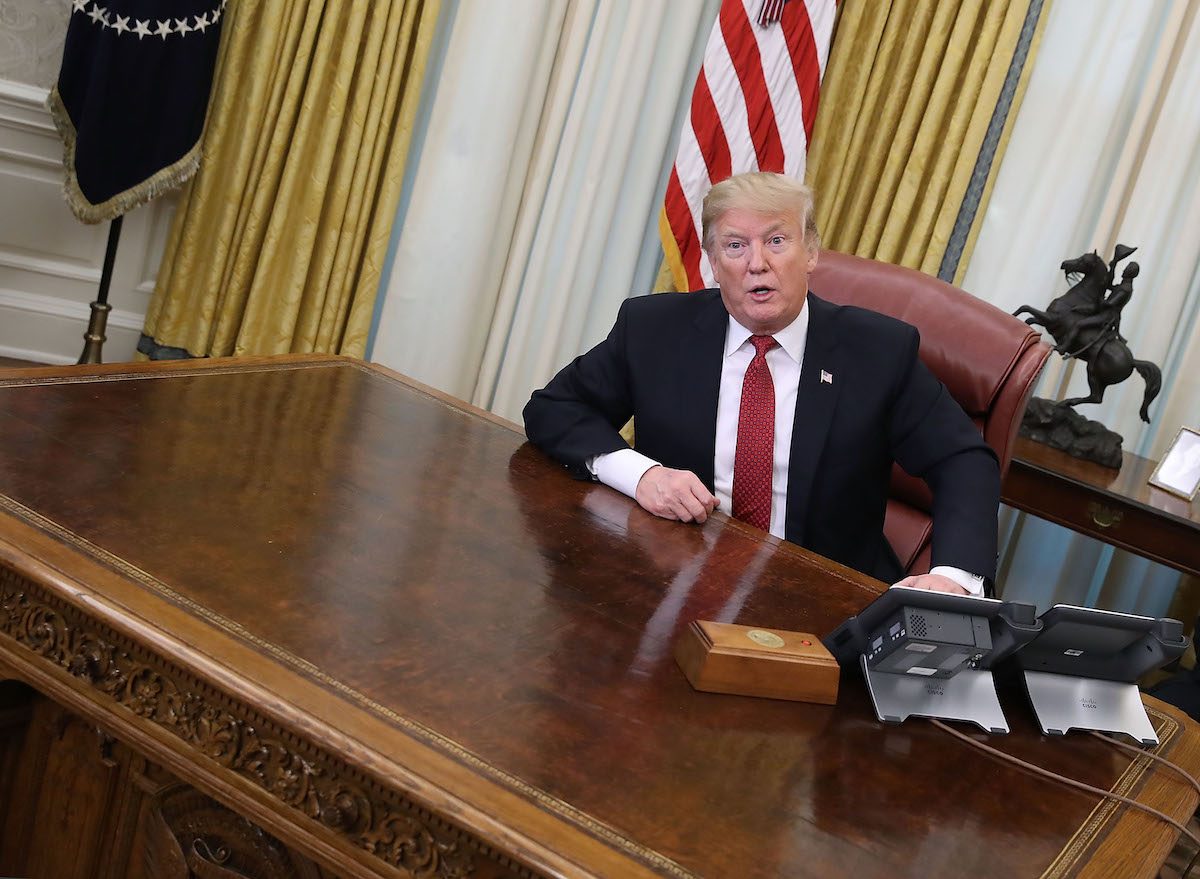 We’ve long known about Donald Trump’s use of “executive time,” a euphemism created by former Chief of Staff John Kelly to put a presentable name to Trump’s love of free time. But according to a new report by Axios, based on an “unusually voluminous leak” of Trump’s daily schedules, that free time takes up even more time than most had assumed—approximately 60% of his work day. That’s nearly 300 (297) hours since the midterms this past November.

We all know a lot the ways Trump uses his “executive time”: pouting, tweeting, watching Fox News, etc. And it’s tempting to try to pass the term off as a legitimate excuse in our own lives.

But in addition to all the nothing he does during that free time, the concept of “executive time” also captures the essence of Trump’s presidency. Meaning it’s erratic, unpredictable, and totally dangerous.

According to a Politico report from last fall, Trump isn’t just tweeting about whatever subject’s being spewed out by Fox & Friends hosts, he lets it dictate what he cares about on any given day. Most presidents have, historically, had plans. They set goals and agendas and craft plans to achieve those things long-term. Trump, on the other hand, lets his “short-term bugaboos become the drivers of his agenda, rather than any long-term vision.”

That’s why Trump can’t set an actual schedule. It’s not just that he’s doing nothing; it’s that he doesn’t know what he’ll care about until it crosses his desk. A source told Politico, “He might read something in the paper and immediately you’d get an impromptu meeting on trade. It’s just more impromptu than like a month in advance you have a policy time set that you’re going to work up to.”

It’s not clear how much of that scheduled free time is spent working on whatever happens to call to Trump in the moment and how much is spent watching TV, tweeting, and getting angry at staffers over leaks like this one (something he reportedly does a lot). It does beg the question, though, of which would be worse. Is it better for Trump to be doing nothing at all or for him to be declaring national emergencies, trying to write transgender people out of existence, or whatever other whim happens to take his fancy that day?

Im not gonna be mad about #ExecutiveTime is there anyway we can have him do less? The less involved he is the better off we are.

Could be worse. Can you imagine how bad it would be if Trump worked MORE ?!?? #ExecutiveTime

We are all GLAD Donald Trump is a shiftless slob who spends his days golfing, tweeting, watching TV and eating cheeseburgers. Imagine if he were actually engaged.

It’s more than a little terrifying to know that Fox News hosts are some of the most influential people in the world, but if Trump spends as much time watching the network as has been reported, and has set aside 60% of his days, every day, to dedicate himself to whatever they’re telling him, I suppose we have to acknowledge that that’s the world we live in.