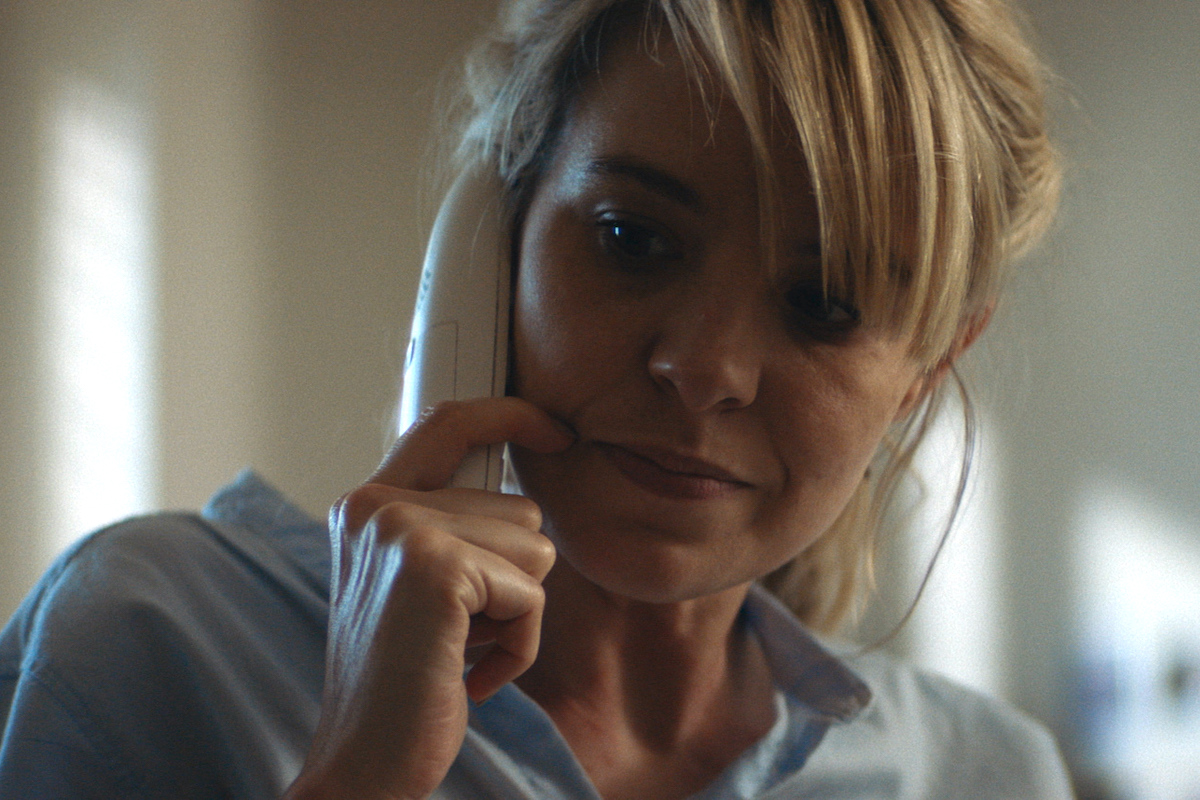 From the start, Brea Grant’s new slasher film Lucky feels like another installation in the current renaissance of time loop movies. But the further you go, the more complicated things become.

In Lucky, directed by Natasha Kermani, Grant plays May, a popular self-help book writer who is being stalked by a mysterious, masked man. Every night, that man breaks into May’s house and tries to kill her. (He also tries to kill May’s husband, Ted [Dhruv Uday Singh], but as Ted will be the first to note, these constant murder attempts don’t really seem to be about him.)

Less of a time loop, though, this seems to be an event that just happens night after night, while those around her either forget or don’t just don’t really care. Over and over, May is told that she’s strong and brave for fighting this man off, but also told that she’s being hysterical, angry, and that she needs to “calm down.”

Every night a man literally tries to kill her, but the reactions of police, social workers, and everyone else who’s supposed to be “helping” are somehow more damaging than the actual repeated murder attempts.

In this exclusive clip from the film, May is once again explaining to a police detective what she’s been through. The masked man has tried to kill her for (at least) three nights in a row, her husband has abandoned her, and everyone is just amazed that she’s so “angry” about everything.

Brea Grant may not be a household name (yet) but horror fans should definitely be taking notice. In just the last year or so, she’s given us a number of horror and otherwise bloody hits. She starred in The Stylist, about a Kansas City hairstylist who loves investing in her clients’ lives–a bit too much; she also wrote and directed 12 Hour Shift, a bloody crime caper about a drug-dealing, organ-trading nurse. And now she’s starring in Lucky, which she also wrote, directed by Kermani, whose debut film, Imitation Girl, is also an incredibly trippy ride and a complex commentary on what it is to live as a woman in this world (or another).

Lucky is streaming now on Shudder.