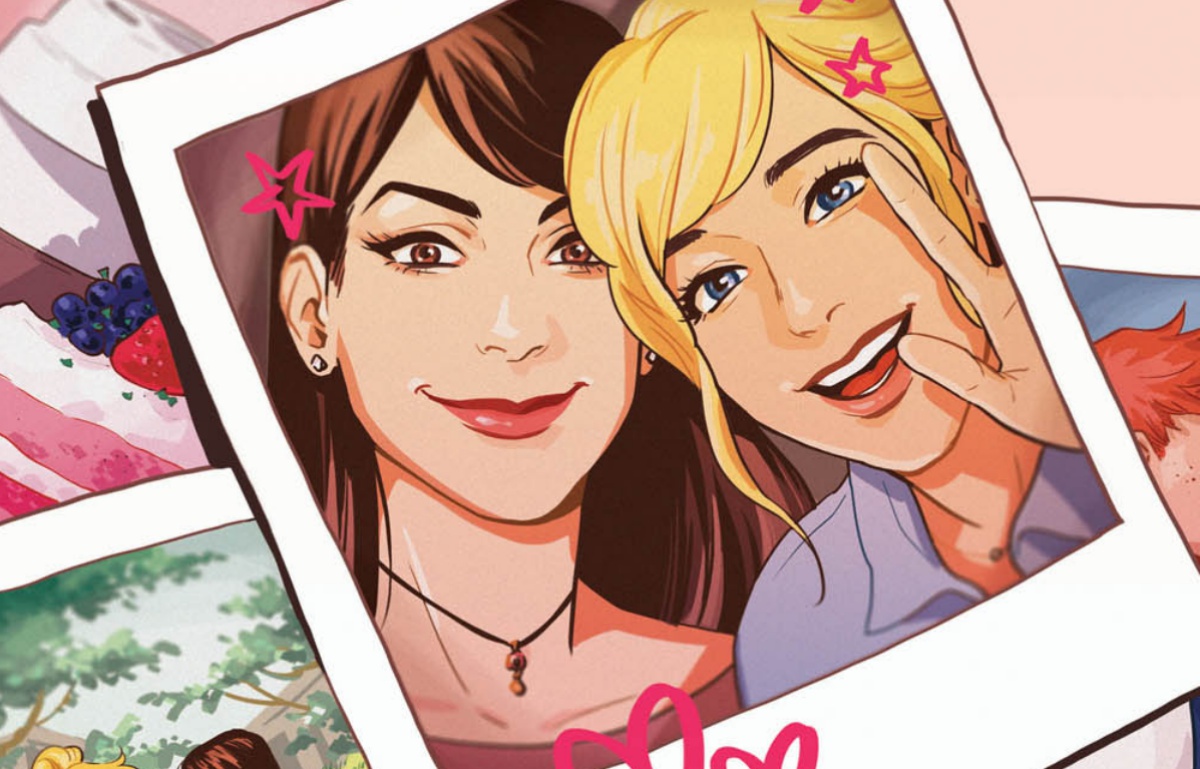 The last few years have been an awesome time to be a fan of the long-running Archie comics. In addition to the emergence of Riverdale and the Netflix adaptation of Chilling Adventures of Sabrina, the comics themselves have been breaking away from the longtime episodic nature of the series to make room for some more insulated drama series.

With room for both, we get to have arcs that focus on the development of our characters in new ways, and two of the biggest beneficiaries of that are Betty Cooper and Veronica Lodge.

Betty and Veronica have always been fun characters who had their own existence outside of Archie himself, but as the original series was called Archie’s Gals Betty & Veronica, current authors have tried to give Betty and Veronica new conflicts, challenges, and goals aside from Archie. In the upcoming Betty and Veronica series, the focus will be on our leading ladies dealing with their final year of high school as they begin to leave their youth behind to start college.

“Senior Year, Pt. 1: Summer” – Betty and Veronica go where they’ve never gone before—their senior year of high school! Only one school year stands between them and freedom, but when the two BFFs think they’ll be attending the same college in the fall find out that their plans have changed, their senior year—and their friendship—is put to the test!

The series, written by Jamie L. Rotante, who wrote the Betty and Veronica series Vixens, and art by Sandra Lanz, Kelly Fitzpatrick, and Jack Morelli (with variant covers by Laura Braga, Francesco Francavilla, Audrey Mok, Marguerite Sauvage ) launches 12/19. and we’re lucky to be able to share some art from the series with you all today. 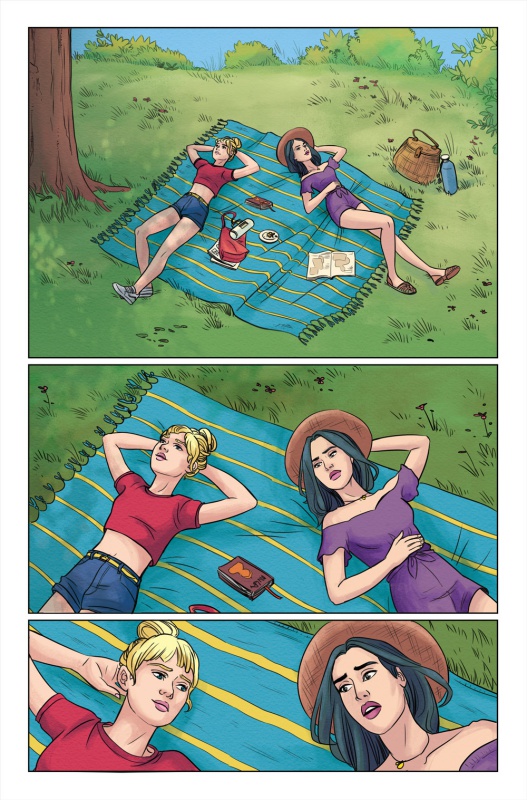 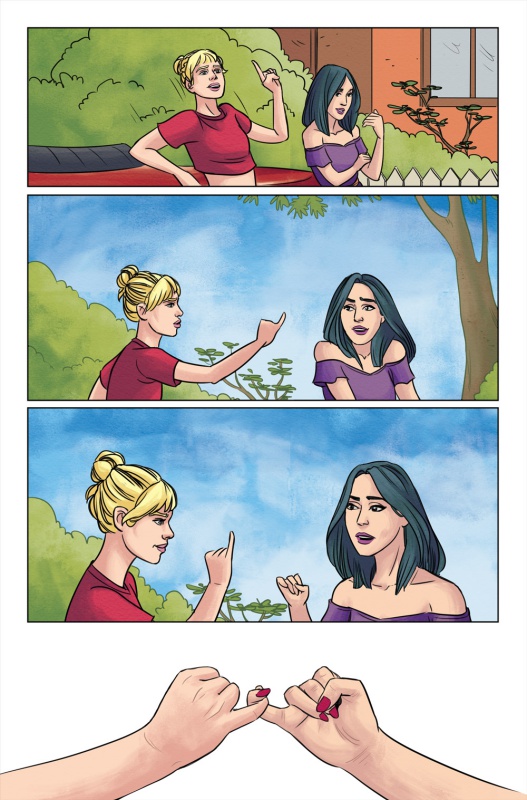 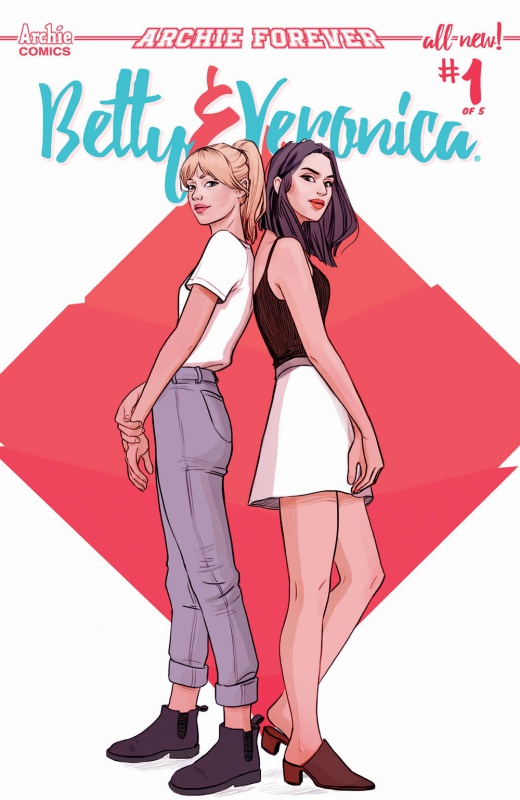 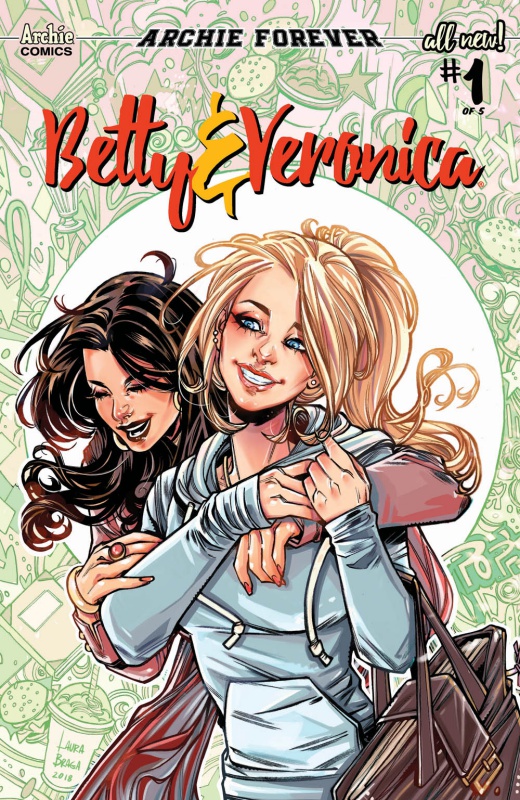 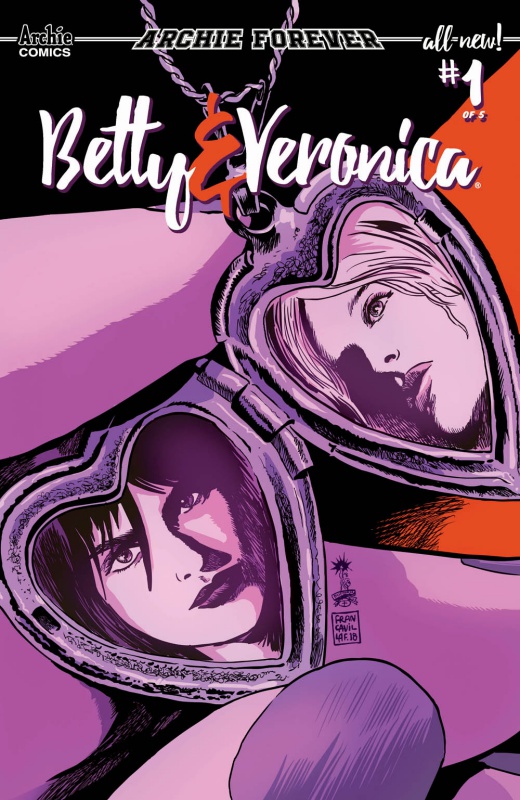 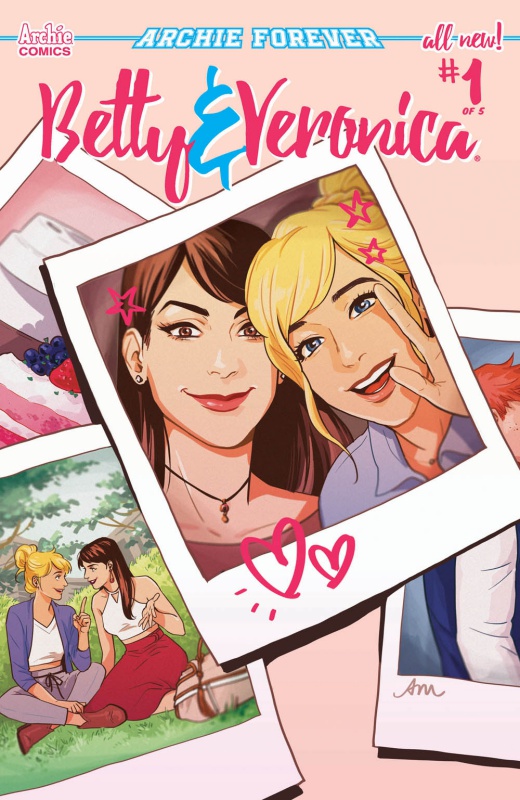 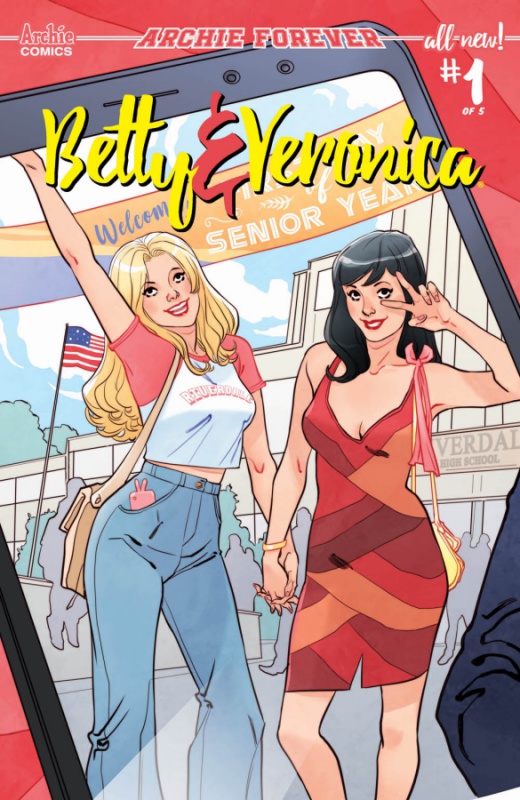 We also got to talk to Jamie Rotante about what to expect in this new series for our favorite BFFs.

TMS: After the success of Vixens, what inspired you to shift gears, so to speak, in doing this new series tackling Betty and Veronica’s senior year at Riverdale High School? Do we get to see the girls on bikes at all?

Jamie Rotante: No bikes are in the plans yet, but that doesn’t mean there won’t be some subtle nods to Vixens here and there! This is its own series, more under the main Archie umbrella, whereas Vixens existed in an alternate world. While it was so much fun to see the girls take care of business in extreme ways, I’m also excited to see the girls handling matters in a more relatable way.

TMS: For so long, the central conflict in the Betty/Veronica friendship was their dueling love of Archie Andrews. Now that writers have been slowly moving away from that conflict, what other personality and human conflicts do you find coming to the surface between our gal pals? What causes the most tension between them?

Rotante: One thing I wanted to try to explore with this new Betty and Veronica series was what issues teenagers are really facing, especially in their senior year of high school. The pressure of figuring out what they want to do with their lives, how they’re going to handle potentially being separated from their friends and the town many have lived in their entire lives, plus just all the extra pressure of figuring out who you are in a weird and changing world.

It’s a bit of an examination on mental health, as well. A major point of tension between them is an issue that affects a lot of people—and not just teens, adults especially—is a breakdown in communication. It’s an examination of what happens when certain things are left unsaid.

TMS: With senior year coming up, that means college is on the brain. From what we’ve been teased, there’s going to be conflict about where the girls go to school and how their families handle the prospect of college. What do we learn about the Cooper/Lodge households through this storyline? Why did you want to bring up class-related issues in telling that story?

Rotante: A large issue at hand is one that was slightly explored in Vixens: old mindsets fighting against more modern sensibilities. The Coopers and the Lodges both have colleges they’ve attended and want their daughters to do the same, but the girls have other ideas in mind of what they want to get out of their college experiences.

In terms of class-related issues, that just seemed crucial because that’s important in the real world. Higher education still isn’t accessible to everyone and almost impossible for many without financial aid (which isn’t always the easiest to come by). It would be remiss of me to have teenagers weighing their college options without bringing up the differences in class.

TMS: Of course we love our two leading ladies, but what can we expect from characters like Cheryl, Josie, Valerie, and Midge, as they also deal with the upcoming college drama? What about our favorite guys, Jughead, Archie, and Reggie?

Rotante: This series will definitely feature more of the guys—and there will be some VERY interesting reveals about relationships! We’ll also see how a few of our other key players have changed over the summer leading into their senior year, and what the means for their futures.

TMS: Team Betty and Team Veronica have slowly become old hat, and now most people are Team Beronica. What do you think is so much fun about these two women together that people have been wanting to tell stories about them for over 68 years? How do you think their friendship has evolved for the better over the years?

Rotante: I think that people love the yin/yang aspect of their friendship; either they’re fascinated by how two people from two incredibly different backgrounds can put aside their differences to remain best friends, OR they see themselves in each of the characters.

It’s also fun to see how the stories about them have shifted from fighting over Archie or over their differences to an examination of the ups and downs of teenage friendship. They’ve definitely evolved in that sense—as much as people root for one to win Archie’s affection over the other, they also root for them to back away from the relationship drama and be friends.

We see it in the comics, and we see it in Riverdale. There’s something powerful about female friendship that resonates with a lot of people, and that’s something I’m always eager and excited to explore.