“Evil That Just Does Not Exist”: How Tegan & Sara Gave Me the Post-Election Catharsis I Didn’t Know I Needed 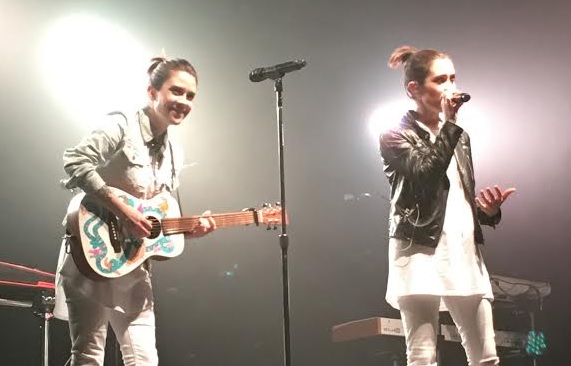 I flew out to see my best friend in Oakland at the end of September, just in time to catch Tegan and Sara play at the Fox Theater. “That’s a cool coincidence,” people told me when they found out I was planning on taking my friend and her girlfriend to the show.

It’s never a coincidence. I plan trips to see friends and family all over the country based on when my favorite band tours their city. That night, we discussed whether chambray or flannel would be more appropriate attire, ate too much Mexican food, and commiserated with the ticket-taker over how far back our seats were. “The sound is better up there, actually,” she said. 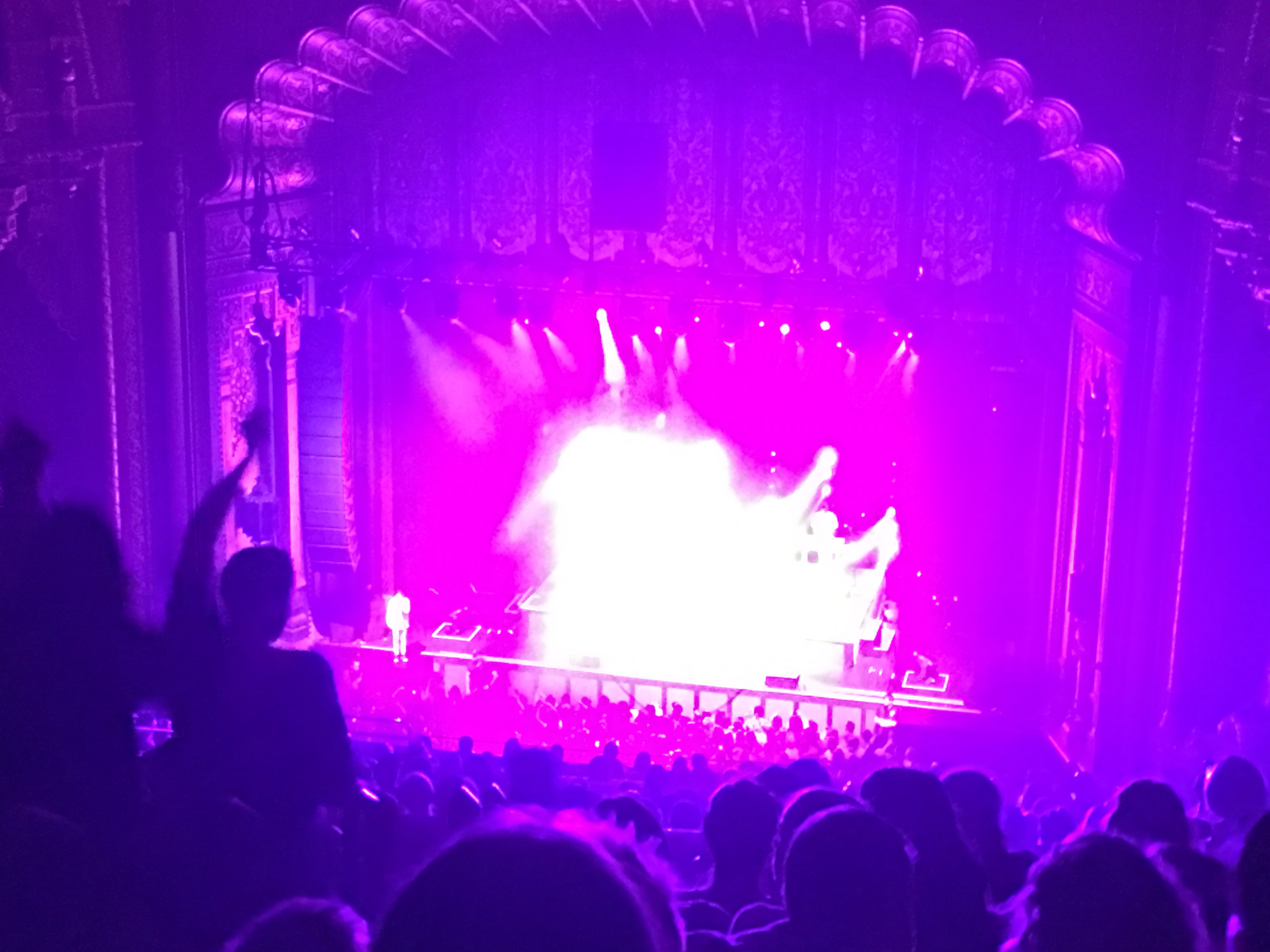 It did sound really good.

Right before the band played “BWU,” a song that celebrates marriage equality even as Sara rejects a white wedding for herself, they made a passionate plea for the audience to vote in the upcoming election. “If you can’t vote,” Sara said, “there’s still so much that you can do to make this election not a fucking nightmare.”

Everyone cheered. Later, as we left the show, my friend had to maneuver her car around a stand of anti-Trump shirts that had popped up at the curb. That night, at least, it was easy to believe that we were all united around the same ideals.

Once I arrived back home in Tampa, outside of the bubble of the Tegan and Sara show and the Whole Foods outside my friend’s apartment and the only threat to Hillary being that she wasn’t Bernie, I was reminded almost every day that such unity was never assured. I came home late from work the night of the election and went into my kids’ room to check on them. “I’m excited about tomorrow,” my six-year-old said. “Me, too,” I’d said, but inside I was filled with dread. That night, when Trump won my home state of Florida–a state that had tipped blue in both 2008 and 2012–I cried, not out of shock, but out of a deep sadness.

My sister and I had tickets to see Tegan and Sara when they came to Orlando and Tampa the week after the election. But during those days in between, I found it hard to even anticipate seeing my favorite band. I was supposed to be writing a novel for National Novel Writing Month. For the first week of November, I’d written three thousand words a day, way ahead of schedule. After the election, I found it hard to focus on anything creative or fun. I obsessively read news articles and refreshed social media. I called my representatives’ offices. I donated money. I reached out to people who I knew were hurting and scared, trying to offer whatever meager support I could. I talked to my kids.

I felt helpless. Hopeless. I was moved to action, but I was also mired in grief. And I knew that there were many people who were feeling that even more keenly as new changes in policies and personnel started to be announced – people who been marginalized their whole lives because of who they were, because of their religion or their race or their orientation or their disability. 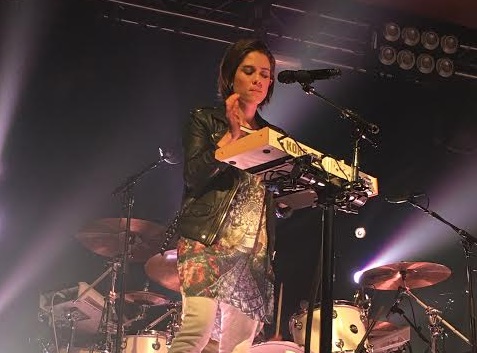 At their Orlando and Tampa shows, Tegan and Sara made several impassioned speeches about coming together in the wake of the election, and how wrecked they’d felt themselves in the past week. They played their opener off their 2007 album The Con, “I Was Married,” a song obscure enough to see live at this stage in their career that it felt like a deliberate message: They seem so very scared of us/I look into the mirror/For evil that just does not exist. At one point, an audience member threw a baseball cap up on the stage featuring a laidback Florida slogan: “The Do Nothing Club.”

“Oh no,” Sara said. “More like the Do Something Club.” 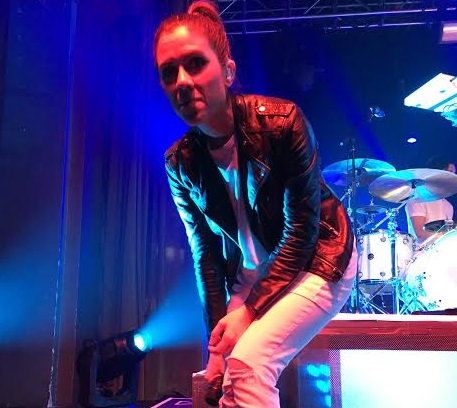 And that’s what Tegan and Sara’s music brought back to me in those two post-election shows. They donated all net proceeds from their merchandise at the Orlando show to two local LGBT organizations, the GLBT Center Orlando and the Zebra Coalition, in support to the community after the Pulse shooting earlier this year. (Editor’s note: The author has requested that their fee be donated instead to the GLBT Center Orlando; we at TMS encourage all of our readers to donate to your local LGBTQIA community groups and shelters.) They reminded me that there are many ways to do something, whether by opening up your wallet or by using your platform to give back, by creating new art or by connecting with others in a shared love of existing art.

In their music, they energized the crowd to sing and dance, to laugh and to cry. They reminded me that art isn’t pointless, that finding joy and togetherness in art can be a subversive act in a time when those aren’t as easy to find. In normal circumstances, I am fairly standoffish with strangers, and yet after the show someone I had been standing in line with was crying and asked for a hug, and I not only went in for it with both arms, but was surprised at how much I had needed it, too.

In the middle of the show, Tegan and Sara stood on the stage, just the two of them and an acoustic guitar, singing songs that they said had been written under an “umbrella of sadness” more than a decade ago. And yet as they led the crowd in a group singalong at the end of “The Con,” everyone screaming the words together with only the strumming chords as background, it didn’t feel sad. We felt hopeful.

Photos and video by the author

Alicia Thompson is the author of the young adult novel Psych Major Syndrome, and has been published in Girls’ Life, Narratively, and WomenArts Quarterly. She has previously written about going to Tegan and Sara shows with her sister for GUTS Magazine. She teaches writing at the University of South Florida, where she sometimes likes to give a creative writing prompt based on “Living Room.” Find her on Twitter @aliciabooks.