Sonequa Martin-Green Is the Captain On and Off-Screen in Star Trek: Discovery

The PaleyFest panel was a lovefest for the series' star. 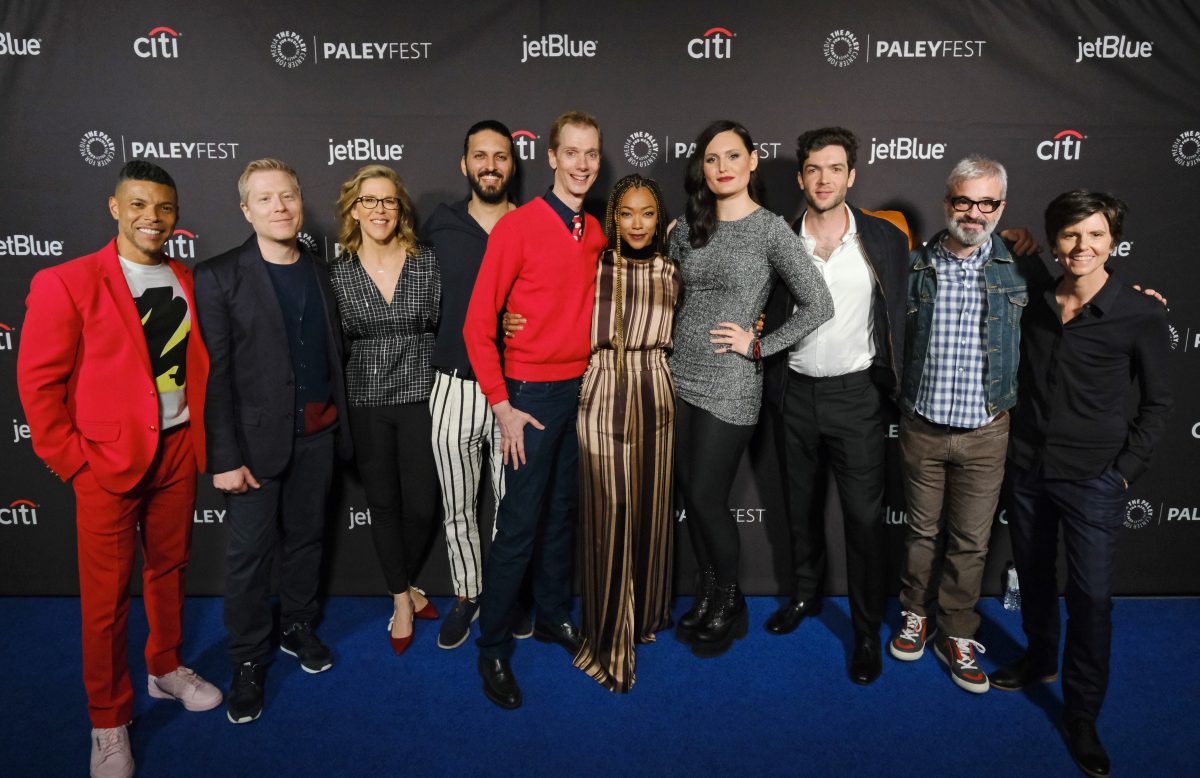 The creators and cast of Star Trek: Discovery took the stage at PaleyFest in a surprisingly emotional panel that had most of Discovery crew in tears. Creator Alex Kurtzman discussed the legacy of Trek and Gene Roddenberry, saying “Gene Roddenberry created a vision of the future that was defined by hope, that was marked by the idea that the best of us will endure in the future, in which diversity was an assumption … it really was an amazing thing … that need for optimism, that need for hope, the belief that the bridge crew comes together as a family and ensures our survival is a message that has endured because we need it to, now more than ever.”

And much of that hope and enduring spirit is embodied by Sonequa Martin-Green’s Michael Burnham. Executive producer Heather Kadin discussed the origins of the character and why they chose to center the series on her, saying “What was important and unique about this character was to have a character who wasn’t yet captain … so much of Star Trek, all of Star Trek, for years followed an established captain and the journeys they’re taking, but we never really got to experience the journey itself, of getting there, and that’s such a relatable quest for people.”

The impact and influence of having a woman of color leading a Star Trek series is not lost on Martin-Green, who struggled to put into words what the role means to her. With tears in her eyes, she said, “It lives in the unspeakable. Because it’s overwhelming as an artist, as a human being, as a woman of faith, it’s overwhelming for so many reasons, because of the franchise … because of the impact it’s already had, because of how vast this universe is … being a black woman in the midst of all this other diversity we’re championing, I can’t really describe it … ”

The entire cast shared a palpable sense of love and appreciation for each other. Mary Chieffo, who plays Klingon chancellor L’Rell, said that the warmth and camaraderie was thanks to the leadership of Martin-Green off-set. Chieffo, who was also in tears said, “She started organizing game nights and dinners. We go out and support our bridge crew [played by local actors] when they have other things in town, we celebrate each other and that comes from Sonequa … her willingness to shine her light empowers all of us to do so, and that’s a true leader.”

Kurtzman also shared a little bit about his upcoming Picard solo series, saying “I had an amazing experience the other morning … I sat at Patrick Stewart’s kitchen table, heard him read the first episode and I almost cried.”

Clearly everyone on the set of Star Trek: Discovery is more human than Vulcan, as emotions were freely shared and eyes got misty. They display the same chemistry and camaraderie that comes across so clearly on the show. Here’s hoping the series lives long and prospers.