Not In Charge Anymore but Still Trying to Hurt Us: Not a Single Republican Senator Voted for Biden’s Stimulus Package 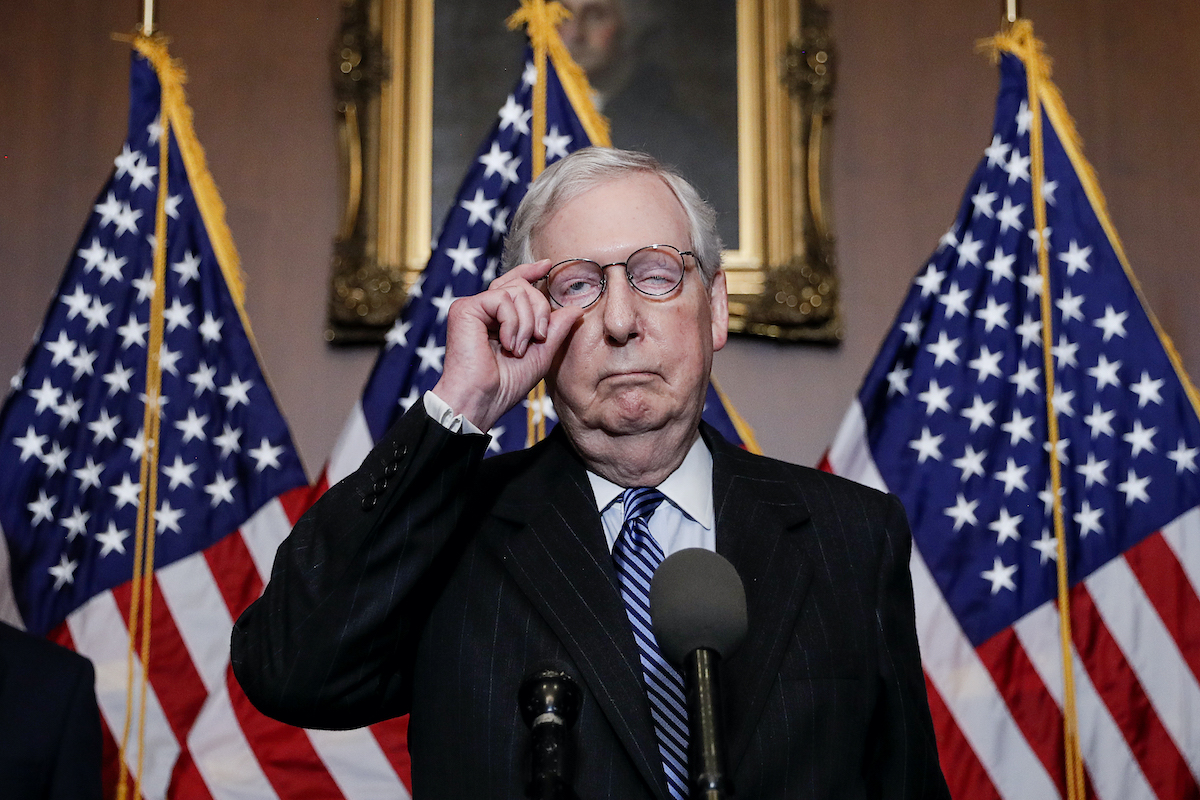 The Senate has taken advantage of their newly reclaimed majority by passing a resolution to move forward with Joe Biden’s $1.9 trillion stimulus package that would include $1,400 checks for most Americans. All 50 Democrats present voted to advance the resolution. No Republicans did. (Republican senator Pat Toomey was absent, leaving them with 49 votes, so Kamala Harris didn’t have to break a tie.)

Biden met with Republican Senators for two hours on Monday to work through negotiations on the bill. The GOP is opposing Biden’s package and countering with their own $600 billion bill—less than half the amount of Biden’s, with individual checks capped at $1,000, and only going to people making less than $50,000 a year.

Biden has been very vocal in placing the utmost importance on bipartisanship and “unity” with Republicans. Republicans who met with Biden sounded positive about their meeting but also seem poised to weaponize that call for unity against Biden, framing his refusal to cave to their demands as a lack of sincerity.

“If he does leave Republicans behind on his first major piece of legislation, that could further harden the partisan divides Biden promised he would try to bridge, and sour chances for bipartisan legislation for the remainder of his first term in office,” writes the Washington Post. “But negotiating with Republicans could drag out indefinitely with no guarantee of success, even as Democrats are demanding quick action at a precarious moment for the economy and the pandemic.”

Senate Majority Leader Chuck Schumer has made it clear he’s committed to that quick action. “We are not going to dilute, dither, or delay,” he said Tuesday before the vote. “We welcome cooperation. There is nothing about the process of a budget resolution or reconciliation, for that matter, that forecloses the possibility of bipartisanship.”

No Republicans voted for the resolution.

It’s incredible that after delaying a second round of direct payments (and other essential benefits included in a stimulus package) for more than eight months, and then refusing to make those payments any higher than the insulting $600 we got, Republicans are once again refusing to listen to the needs of their constituents and stonewalling attempts to offer much-needed direct relief.

Meanwhile, Biden and Democrats are also facing criticism for their proposal of $1400 checks after promising to deliver on $2000 last month. Those defending that amount argue that the $2000 promise was always supposed to mean $1400 plus the previous $600. Which would be fine, if that had been the messaging from the jump, but it wasn’t. Leading up to the runoff elections in Georgia, especially, campaigns leaned heavily on the simple and unequivocal message of “immediate” $2000 payments—which they promised after the $600 checks had already gone out.

Me and my wife are both still waiting on that $600.

I simply love these folks who get in my mentions with “UM, ACTUALLY $1400 plus $600 so if you look at the fine print Biden is keeping his promise for $2000 checks,” and I hope they are willing to explain this to all the betrayed Georgia voters to save us from Trump 2 in 2024

Obviously, $1400 is better than nothing, and better than the GOP’s proposed $1000, and much better than their paltry $600, but this still feels to many like yet another let-down and another sign that our leadership isn’t being honest with us.