Everafter: From the Pages of Fables Brings the Fables Universe Back to Vertigo 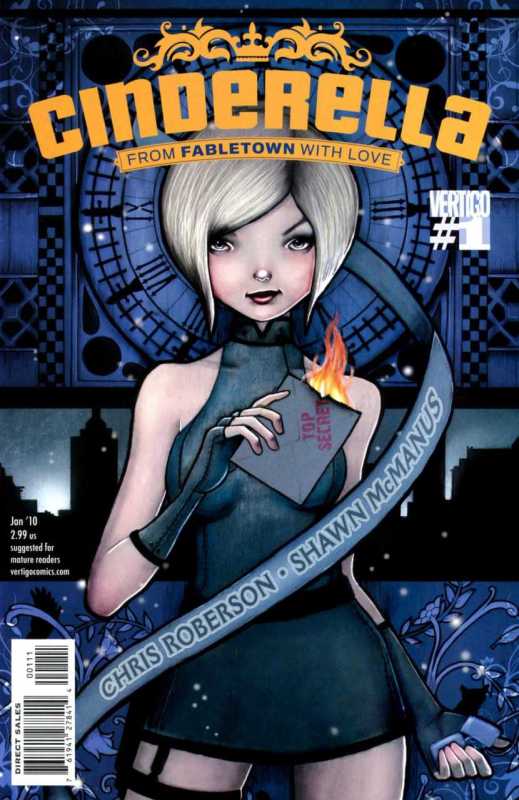 If you were a fan of Bill Willingham and Mark Buckingham’s fairy tale comic series Fables and were sorry to see it end a year ago, there’s some good news! There will be more stories from the Fables universe coming from Vertigo Comics!

According to io9, Everafter: From the Pages of Fables is a new, monthly series set after the events of Fables, now that magic is known to the world. In it, “sinister forces plan to use [magic] to terrorize Fable and Mundane alike—unless the Shadow Players, a global spy network made up of both Humans and Fables, can stop them.”

The series will be created by writers Matthew Sturges and Dave Justus, with art by Travis Moore, and covers by Tula Lotay. This is the same team that brought us the Fables: The Wolf Among Us digital comic series, so we know that they know this world and these characters really well. We can expect to see Bo Peep, Peter Piper, Hansel, and Connor Wolf among the Shadow Players.

I also wouldn’t be surprised if Cinderella makes an appearance or two! After all, she’s pretty much the James Bond of the Fables universe, and if you’re not familiar with her spying ways, I’d highly recommend Cinderella: From Fabletown, With Love and Cinderella: Fables Are Forever. Her rivalry with Dorothy Gale is epic.

Everafter: From the Pages of Fables is set to drop in September.