Erin Kellyman Is Down to Play Enfys Nest Once Again 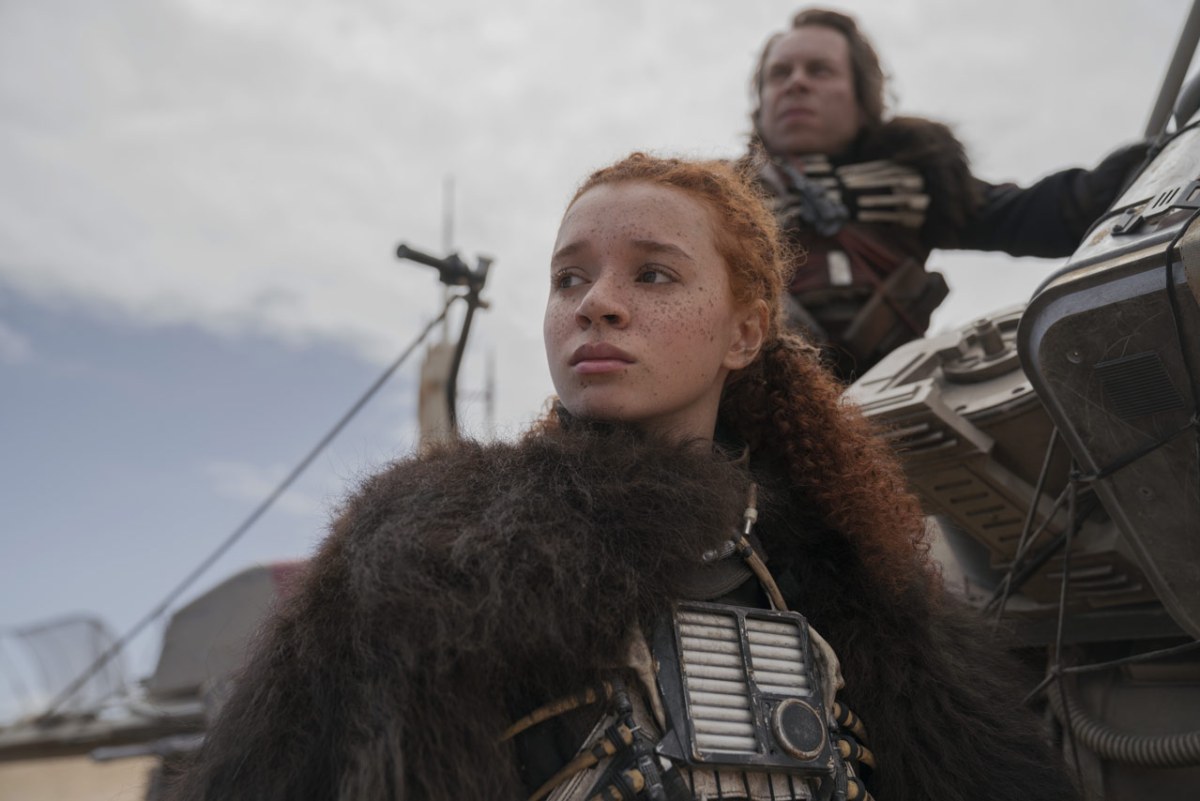 Erin Kellyman is taking on Disney’s big franchises with ease, and good. She’s an incredible young actress, and watching her as Karli Morgenthau on The Falcon and the Winter Soldier each week just drives home how talented she is. This isn’t the first major franchise she’s tackled, though. Kellyman was also in Solo: A Star Wars Story as Enfys Nest.

Talking with ComingSoon.Net, Kellyman talk about Enfys Nest’s backstory and how she’d love to dive back into the character:

Her backstory, I think was very interesting. We kind of touched on it a little bit in Solo and [co-writer] Jon Kasdan and I had spoken about it as well, which was very helpful in me understanding the character a bit more. But yeah, I think it would be really cool to focus on Enfys Nest’s backstory, I think that’d be so cool. I would love to play her again, that’d be sick.

Solo is honestly great. I love it, and I think it’s a world that we should go back and explore more, especially with a character like Enfys Nest. Han and his crew meet her after they finish their mission, and we learn very little about her. While Nest poses a threat towards Tobias Beckett throughout the movie, we learn that the teenager is trying to oppose the rising Galatic Empire and trying to save her people.

With the way that Disney+ is setting up these worlds and exploring new characters in both the Marvel Cinematic Universe as well as the Star Wars universe, there’s no reason why we couldn’t have a series based on Enfys Nest and the people we briefly saw in Solo.

A young girl leading her people to safety against the new Empire? It’d be absolutely amazing to see and something that I think fans would like. We love shows like The Mandalorian because they are, for the most part, separate from the Skywalker Saga. While Enfys Nest has met Han Solo, she is still primarily on her own, and building out that world would work since we are getting more series about the time before A New Hope (with shows like Andor and Obi-Wan Kenobi).

A part of me thinks that I’d just be happy if it means more Star Wars. I don’t particularly care what part of the lore you want to give me; I just want all the Star Wars content, but characters like Enfys Nest, who we briefly met but still left their mark, would be great to circle back to. How is her mission going? Is she still leading? Or even more of a backstory to the time before she met Tobias Beckett and Han Solo.

Let Erin Kellyman do whatever she wants, honestly. She’s amazing, and if she wants more Enfys Nest, I say let’s do it.