An Ent Grows in Brooklyn, but Takes the Train Into Manhattan Now and Then

There was a gosh darned Ent waiting for the F train at 2nd Ave. pic.twitter.com/LYcf48R43k

Our very own Rebecca Pahle spotted this costumed individual on the F line this weekend, and lest you think it’s probably a Free Comic Book Day Groot costume in transit, they were apparently accompanied by a pamphlet wielding helper. Rebecca was unable to figure out what cause they were promoting, but I’m going to go ahead and assume, for my own amusement, that each pamphlet was headed with the phrase “Have You Seen This Entwife?”

Check out another candid shot of the costume below… 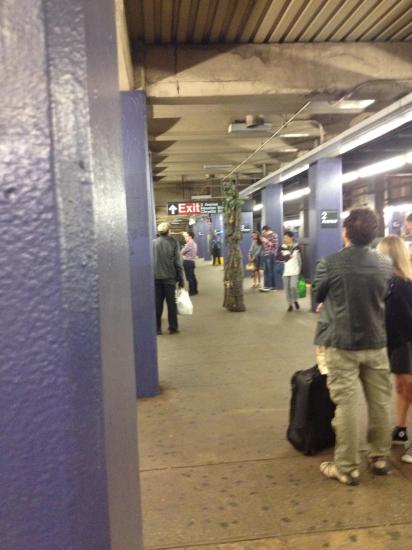 Previously in The Lord of the Rings

costumesThe Lord of the Rings