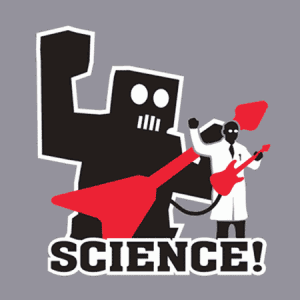 The scientific community has been in a bit of a stir this year, ever since mathematician Tim Gowers wrote a post on his blog stating his intention sto abandon publishing his findings with any journal run by Elsevier, the world’s largest scientific publisher, citing the stranglehold a publisher that large can have on the world’s peer-reviewed scientific information, controlling not just how it’s published, but what it costs to read or even obtain a copy. One step in the right direction, according to many, is to create laws or programs that would ensure that all publicly funded scientific studies were eventually (or immediately) made publicly available.

With Wikipedia co-founder Jimmy Wales in an advisory role to maintain “common standards,” “collaboration and engagement,” and Dame Janet Finch laying out a plan for implementation, the United Kingdom will be making sure that all research that receives government funding or grants from them will become available publicly. Said Science Minister David Willetts,

Giving people the right to roam freely over publicly funded research will usher in a new era of academic discovery and collaboration, and will put the UK at the forefront of open research.

The challenge is how we get there without ruining the value added by academic publishers. The controversy about the status and reliability of reviews on TripAdvisor is a reminder of how precious genuine, objective peer review is. We still need to pay for such functions, which is why one attractive model – known as gold – has the funders of research covering the costs. Another approach, known as green, includes a closed period before wider release during which journals can earn revenues.

Sounds like an interesting initiative, and as bloggers who like to talk about science every now and then, not coming up against a paywall and being able to look at the actual research instead of playing the familiar game of blogger telephone with the proper science is something we look forward to.