#ENDSARS: What It Means and Why There Is Protesting in Nigeria 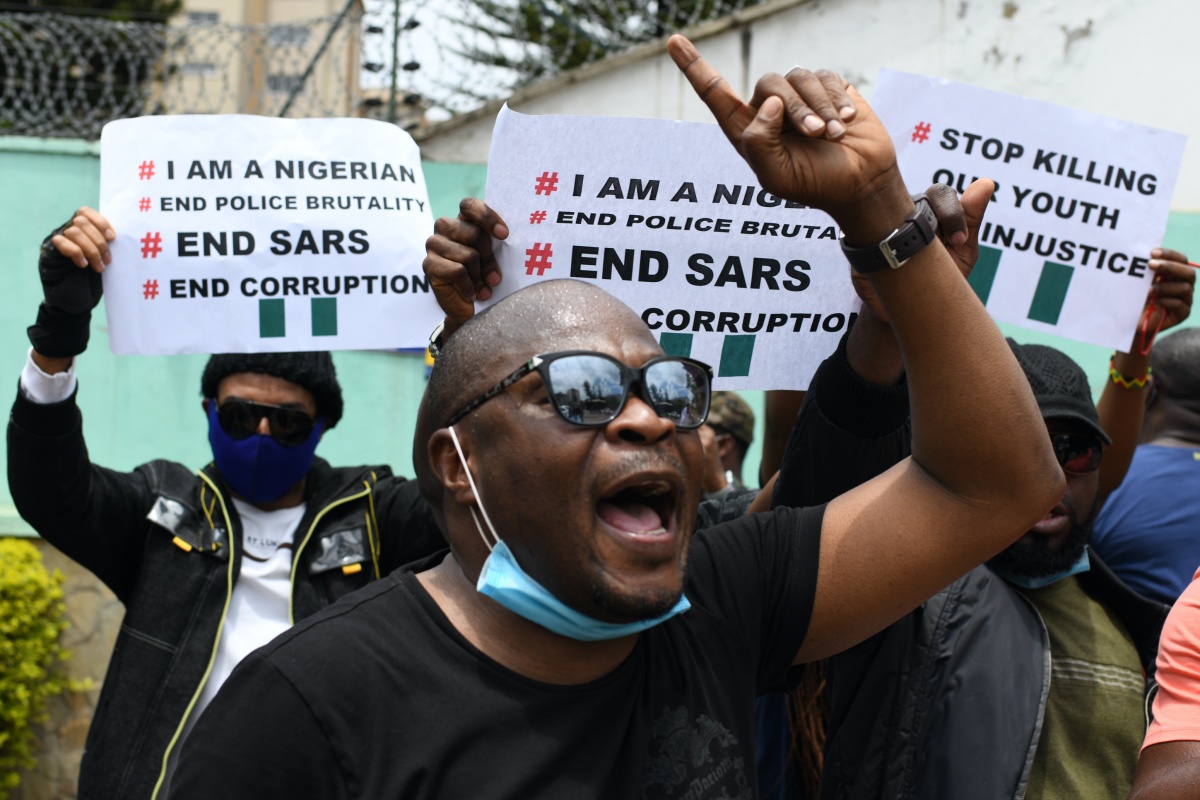 If you have been watching social media over the past two weeks, you are probably familiar with the hashtag #ENDSARS. Yet, it still hasn’t gotten the international attention it may have deserved, so we are going to take a moment to explain what it means, why it matters, and how it is part of the global issue of police brutality.

On October 8th, in the African country of Nigeria, a video began circulating of a young man allegedly being shot and killed by the Special Anti-Robbery Squad (SARS). The video launched what has turned into two weeks of protests, with young people who have taken to the streets to call out the profiling and brutality of the officers.

According to TIME, SARS was formed in 1984 to combat an increase in armed robbery and crime in Nigeria. However, since then, it has been widely accused of unlawful arrests and other abuses. Despite promises of some reform, they have been able to act with impunity. Amnesty International has reported at least 82 cases of torture, ill-treatment, and extra-judicial execution connected to SARS in the past three years.

Nigeria is Africa’s most populous country and one of the richest, as well. While initially, SARS did help with crime, even Fulani Kwajafa, the man who set up SARS, has said the unit has “turned into banditry.”

In response to the unceasing protests, President Muhammadu Buhari stepped in and disbanded the unit.

“The disbanding of SARS is only the first step in our commitment to extensive police reform in order to ensure that the primary duty of the police and other law enforcement agencies remains the protection of lives and livelihood of our people,” Buhari said.

However, this came about by having those same officers redeployed to other police commands, formations, and units, according to Al Jazeera. This of course does not actually handle the issue of this unit turning into a murder squad if they are just allowed to go to other parts of the police force—something that protestors are very well aware of.

The END SARS protesters have five core demands: (1) release of arrested protestors, (2) justice for the families of victims of police brutality, along with proper compensation, (3) an independent body to oversee investigations into police brutality, (4) retraining of SARS officers before they are redeployed along with psychological evaluations, and (5) increase police salary so they are properly compensated.

Sadly, these peaceful protests have led to bloodshed with shots fired at demonstrators. Yesterday, Amnesty claimed there was “credible but disturbing evidence” that security forces in Lagos shot at and killed protesters.

#EndSARS protests have taken place in several cities across the world including, London, Berlin, New York, and Toronto. Just like the Black Lives Matter protests, this is an extension of that same energy. Part of the reality of being Black in this world is realizing there is no utopia for us—that in a post-colonial world, there is plenty of brutality from our own governments that keeps us in these terrible situations.

Celebrities have shared their support for the protestors and it has slowly gotten the attention it deserves.

A message from Beyoncé. pic.twitter.com/5Ng7JF2stf

Police brutality is not just an American issue, and as the city of Lagos imposes a 24-hour curfew to quell its citizens, we need to be aware that in the face of asking for reform, meaningful reform, there is bloodshed on the horizon.

The Inspector-General of Police has deployed anti-riot police, saying, “The force will henceforth exercise the full powers of the law to prevent any further attempt on lives and property of citizens.”

The same gaslighting and clams of “protestors” causing damage that happened in the States is being shared as a narrative about these protesters, as well.

Now that you know what the End SARS protests are about, for even more information (and some good jokes) you can check out Trever Noah’s video down below.