Space Shuttle Endeavour Lifts Off On Its Final Flight 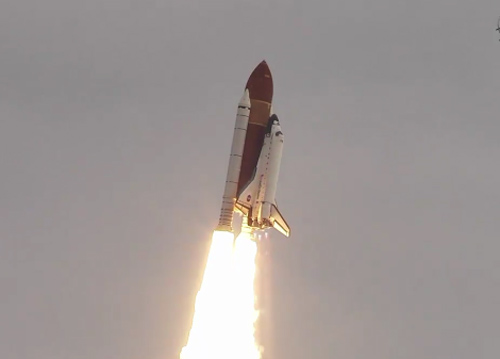 NASA passed another bittersweet milestone today when Space Shuttle Endeavour lifted off into orbit for the STS-134 mission to the International Space Station. Originally scheduled for launch last week, Endeavour saw several delays because of critical mechanical issues. After those were resolved, the shuttle lifted off and entered orbit just before 9 A.M. for a 16-day final mission.

Built in 1987, Endeavour has been a workhorse of the shuttle fleet. On its last mission, it will be bringing valuable scientific and experimental equipment to the ISS, as well as some bobtail squid and LEGO bricks. After its expected June 1 landing, the shuttle will be decommissioned and then headed off to its final resting place at the California Science center.

If you’re keen to see the video of today’s historic launch, head on over to the NASA website.