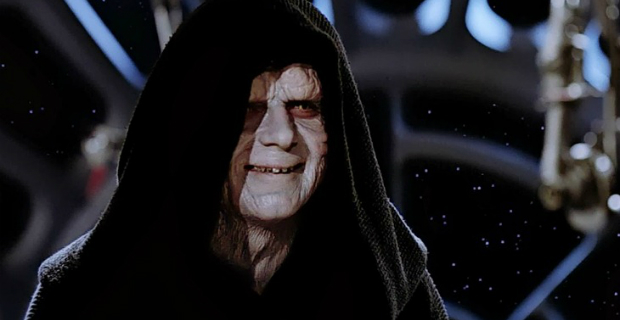 The internet found itself positively in conniptions lately when the long-awaited first name of Star Wars‘ Emperor Palpatine was revealed. Well, some corners of the Internet. The nerdy, vaguely bored bits. Others of you were more focused on, like, current events and shit. I can respect that.

Anyway, how SheevGate went down, via Star Wars Underworld, is that one of the panelists at Del Rey Books’ “A New Dawn” panel at New York Comic Con mentioned that James Luceno’s upcoming book Tarkin would finally give Emperor Palpatine a first name after decades of him not having one. Then Palpy’s Wookieepedia entry was changed to say his full name is “Sheev Palpatine.” As io9 points out, this could easily be a cruel (so cruel) hoax, because anyone can edit Wookieepedia, but the fact that the name is sourced to page 93 of Tarkin certainly makes it look like someone’s working off a legitimate advanced copy of the book.

Regardless: Sheev. Da hell, Star Wars EU? I quit you when you dropped a moon on Chewie, and now I see I made the right choice. Here are 10 names that would absolutely, positively, I-am-100%-not-joking (note: I am actually joking) be better than “Sheev”: