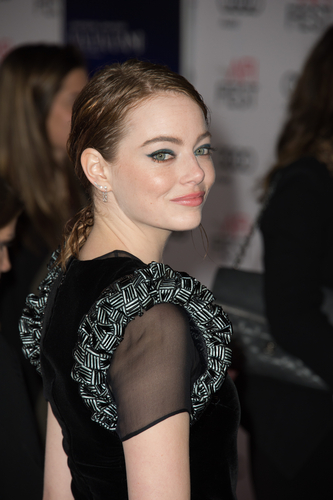 It’s easy to look at celebrities and just assume that they have it all together, especially when they look as poised and collected as Emma Stone generally does. However, they’re sometimes battling through many of the same hardships that we are. In a recent interview, Emma Stone talks about how the attention she’s been receiving for La La Land, as well as the general glare of Hollywood, have been difficult for her in the face of the anxiety and panic attacks she’s experienced since childhood.

In a conversation with The Hollywood Reporter, Stone talks about how panic attacks and debilitating shyness are “just the way I’m wired,” and has been since she was a kid. However, the one thing that allowed her to manage all that (other than therapy, which has helped her since she was 7), was acting. “I think my parents saw that acting was the thing that made me fulfilled and happy,” she says.

What’s pretty amazing is that she had an epiphany when she was 14, sitting in a ninth grade history class, where she suddenly decided that she needed to move to L.A. to pursue an acting career. She then went home and created a PowerPoint presentation to convince her parents of her plan, and she was so together and thought-out about it that they agreed:

“[S]he called her mom and dad into her bedroom and pitched them her plan: She and her mother would decamp for L.A., where she’d be home-schooled between auditions while her father stayed in Scottsdale to run his successful building contracting business. “It’s nuts that they agreed to it,” admits Stone with a laugh. “I don’t condone it. Everybody should go through high school and graduate.”

And so they did. And she started having lots of luck. Superbad was her big break, but it was the smart teen comedy Easy A that really made her a star. It was then that she realized that Hollywood was something that someone with her temperament would need to heavily manage. “Losing my anonymity after Easy A, it was like being 7 years old all over again,” Stone says. “It terrified me.”

In 2014, when she was working on Birdman, for which she got her first Oscar nomination, she had her last major panic attack. “The tightrope walk of that movie, the pacing and timing — I lost my mind a bit,” Stone remembers. “I just got to a point where I snapped.” She also has other triggers for her anxiety. As THR reports:

Being lifted in the air is problematic (she broke both arms falling off a balance beam when she was 7). Horseback riding — which she’s learning now for her upcoming role in Yorgos Lanthimos’ new Queen Anne period drama The Favourite — also raises issues (“I got knocked off a horse as a kid and haven’t got back on since”). Sports in general can be stressful, although, to prep for Battle of the Sexes, the Billie Jean King biopic she recently finished shooting, she spent several pleasant hours playing catch with the 76-year-old tennis legend (“She reduced the game to straight hand-eye coordination and had me chasing a ball around the court,” says Stone of her lessons with King). 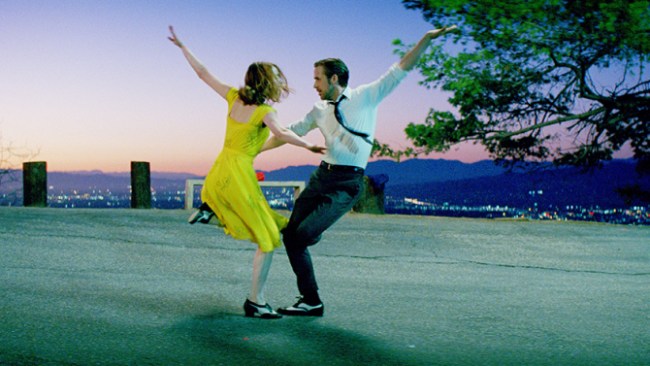 So, how has she learned to deal? Well, moving to New York City in 2009, where she still lives in downtown Manhattan, was a start. In Hollywood, she says, “I would go places, and all anybody could talk about was the entertainment industry. I just felt too surrounded by that.” She also has a ritual around interviews, where before each interview she takes five minutes to compose herself, because they make her so nervous. “Interviews are kind of like therapy, except all your answers are being written down and printed,” she explains. “I always want to be on the other side of it. I don’t want to be deconstructed for millions. I’d rather do the deconstructing.”

She’s certainly great at deconstructing her characters, and her performance in La La Land is a fierce and beautiful one. It’s an intriguing film from top to bottom, and while I personally don’t understand why I liked it (I thought most of the singing and dancing was mediocre, as was the music, and the storytelling was all over the place, and yet I found myself emotionally affected in spite of myself), there’s no question that there’s high-caliber acting and technical skill on display both in front of and behind the camera.

In fact, as reported by /Film, La La Land‘s steadycam operator released a couple of videos demonstrating some of the more complicated shots in the film. This one, of the opening “Someone In the Crowd” number, is really impressive. Especially considering that it was filmed on an actual, closed-down section of freeway:

Well, no matter what sorts of panic or anxiety attacks Emma Stone has been working with, she’s certainly managed them well enough to not only land interesting projects like La La Land, but to be able to handle the accompanying press and attention with grace and charm. Pretty inspiring, if you ask me.