Elon Musk Dangles Promise To Solve World Hunger on Twitter Instead Of, You Know, Actually Solving It 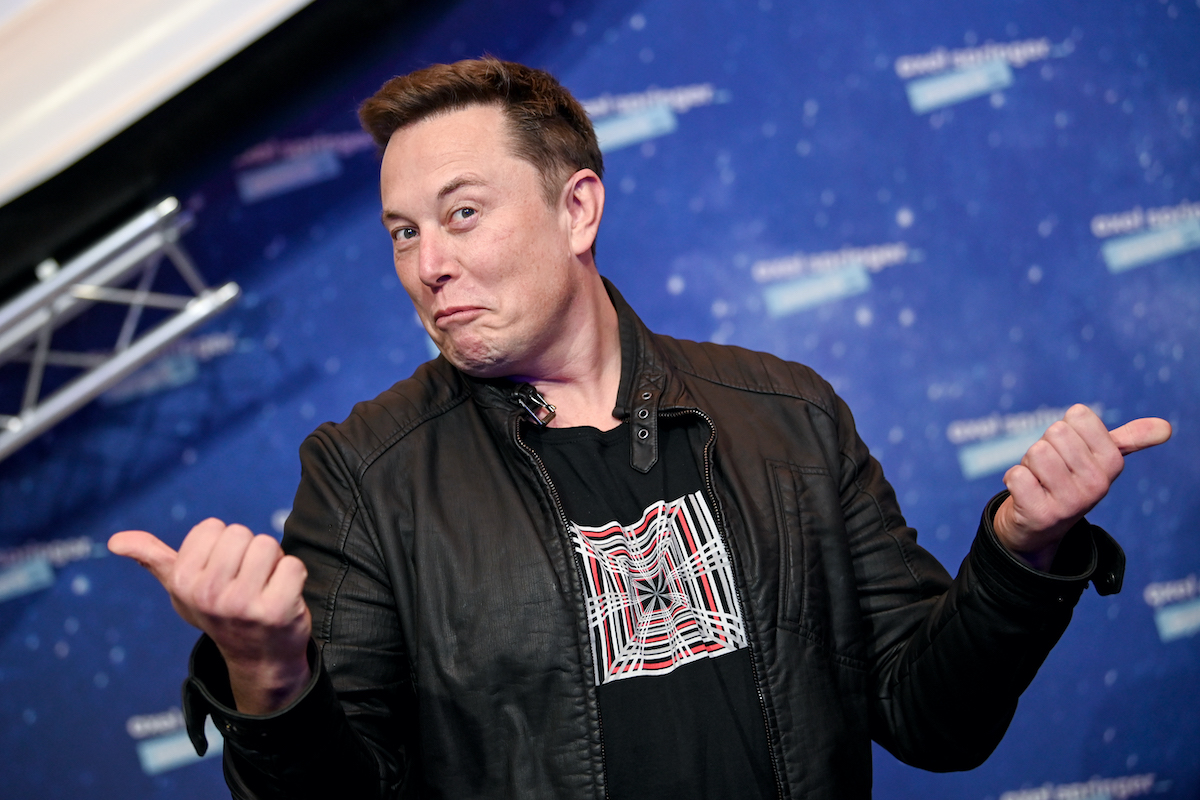 Billionaire (and C+ Tony Stark) Elon Musk took to Twitter to make the world an offer it couldn’t refuse. He offered to donate $6 billion to solve world hunger, provided that the UN World Food Program (WFP) could describe exactly how the funds would solve the global issue via Twitter thread.

The promise is a response to a CNN Business headline which read, “2% of Elon Musk’s wealth could help solve world hunger, says director of UN food scarcity organization.” UN World Food Programme director David Beasley called on billionaires like Musk and Jeff Bezos, asking them to “step up now, on a one-time basis.” He added, “$6 billion to help 42 million people that are literally going to die if we don’t reach them. It’s not complicated.”

Musk responded to a retweet of the article, tweeting, “If WFP can describe on this Twitter thread exactly how $6B will solve world hunger, I will sell Tesla stock right now and do it.”

But it must be open source accounting, so the public sees precisely how the money is spent.

He added, “But it must be open source accounting, so the public sees precisely how the money is spent.” Wanting transparency in donating a huge sum of money isn’t unreasonable. But in playing this out for the public on Twitter, Musk comes across as a deeply stingy and uncharitable man. And framing his potential donation as a Twitter challenge only shows how little this all matters to him. $6 billion dollars is 2% of Musk’s total net worth, a drop in the bucket for one of the world’s richest men.

So why not just … donate the money? Or if you are doubtful of the WFP’s ability to properly distribute funds, then build your own charity. Musk certainly has more than enough money to make either of these things happen. But he doesn’t, because he’d rather blast people off to Mars and colonize dead planets instead of saving the one on which he currently resides.

If you’re such a genius why don’t you come up with the plan. And as for getting hung up on the marginal costs of a little wrong doing here and there maybe ask yourself how much that compares to the waste at your own company. I’m happy to help if you want to do this for real.

Let’s do it @elonmusk we need to start investing in solutions not keep throwing money at the problem! @WFPChief and I with @WCKitchen and many others ready to do it….but first we need to give voice to the voiceless….

UN World Food Programme director Beasley responded to the online controversy saying, “I’m not picking on them [Bezos and Musk] … I’m saying, ‘Great, you made money. Please, please help share right now in a one-time crisis.'” He added, “For him to even enter into this conversation is a game-changer because simply put, we can answer his questions, we can put forth a plan that’s clear,” Beasley told CNN Tuesday. “Any and everything he asks, we would be glad to answer. I look forward to having this discussion with him because lives are at stake.”

Musk’s cavalier behavior is proof that we cannot rely on the “goodness” of billionaires alone. They need to be taxed fairly to redistribute wealth and actually improve life on this planet. Men like Musk and Jeff Bezos and Richard Branson have the financial power to literally change the world. They could lift millions of people out of poverty, but they would rather play pretend astronaut in their penis-shaped rockets. It’s truly that simple.

But this isn’t the first time Musk made promises he refused to keep. Anyone remember his promise to mass-produce ventilators at the height of the pandemic? Or his promise to build solar panels for the hurricane-ravaged Puerto Rico?

Instead, Musk is calling out the U.N. for sexual abuse within its ranks. But if he really cared, why not fund an impartial third party to investigate these abuses? Or donate money to charities that help survivors of sexual abuse? Or help lift people out of poverty and break certain abusive cycles? Or do literally anything to help anyone besides himself? Because it’s more fun to dangle crumbs and watch people dance for them.

Many took to social media to roast Musk and his ghoulish promise:

imagine dangling this in front of a starving world and not just doing it, and then imagine being the kind of person who worships this guy https://t.co/pPUNDauiha

this tweet is pure elon. thousands of experts have spent millions of hours on the problem of hunger. does he care? does he lift a finger? no, he wants it spoon fed to him in tweet form, he could do something but won’t unless he can get Elon Musk solves world hunger headlines pic.twitter.com/tQBF9bqODZ

All these people saying since Elon Musk can’t solve world hunger with $6 billion, what’s the point. Just bc you can’t save everyone, it’s useless? That’s 2% of his current wealth.
Also, same guy who wants to name a university TITS. And no, it won’t be universally admired. pic.twitter.com/D5jFFEvO14

Of course, Musk will reap all the goodwill of his “promise,” and will likely end up donating nothing to help solve world hunger. He’s too busy playing squid games with the U.N. and trolling the world to actually do something with his exorbitant wealth. Now, more than ever, it’s time to eat the rich.