"In Shonda finding her power ... she has empowered me." 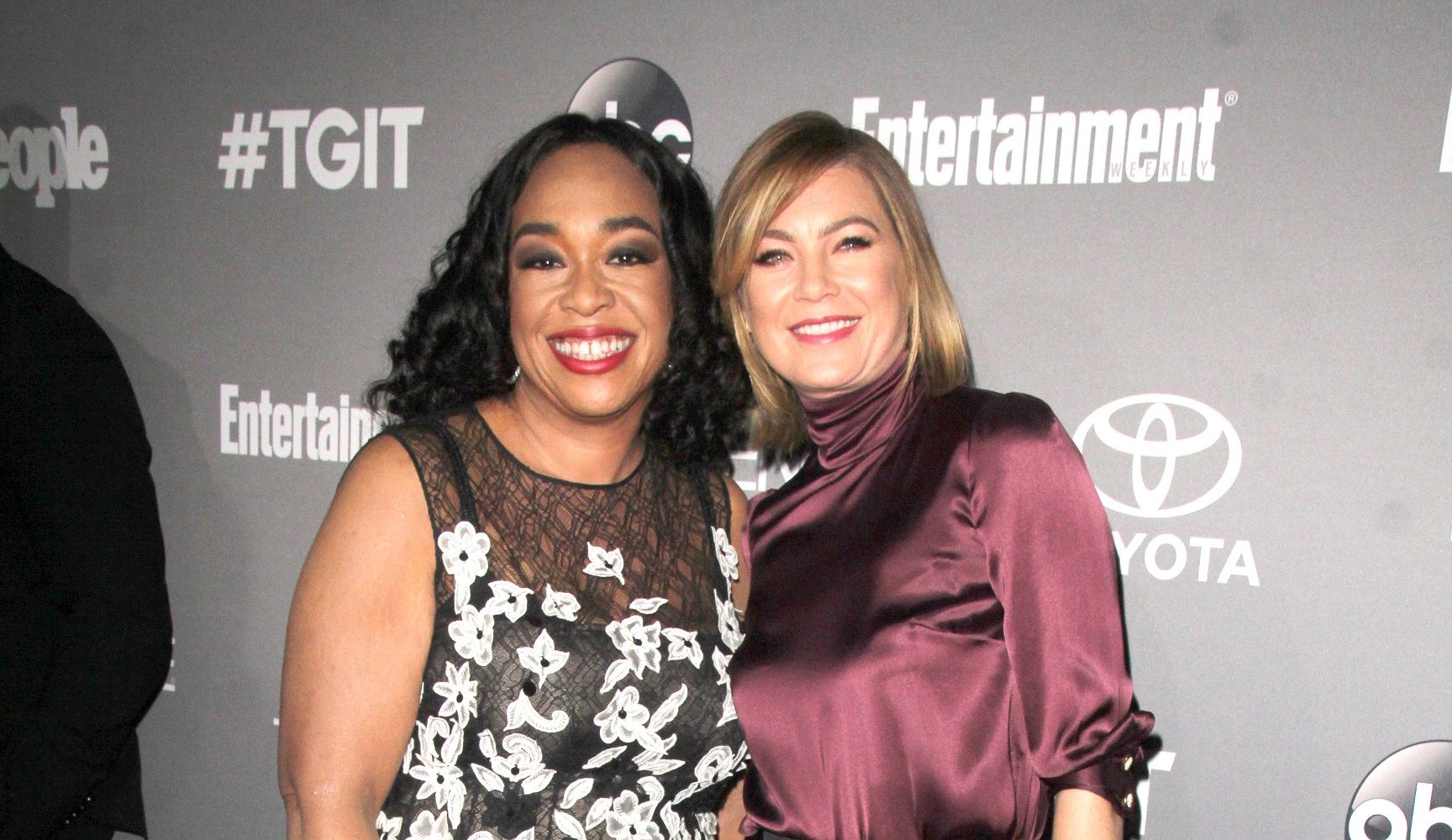 Ellen Pompeo, the star of Shonda Rhimes’ Grey’s Anatomy and the highest-paid actress on a primetime drama, sat down with The Hollywood Reporter to talk about negotiating her salary, moving into producing, and how her relationship with Shonda Rhimes has inspired to push for better pay and more creative control in her career.

Pompeo recently signed a massive new contract with ABC which will see her earn $20 million per year. She’ll be paid $575,000 for each episode of Grey’s and have two “full backend equity points” on Grey’s which will bring her an additional $6-7 million. (She also got a seven-figure signing bonus.)  In addition, her contract includes pilot commitments and office space on Disney’s lot for Calamity Jane, her production company.

“I’m 48 now,” she told The Hollywood Reporter, “so I’ve finally gotten to the place where I’m OK asking for what I deserve, which is something that comes only with age.”

Pompeo spoke about the importance of her relationship with Grey’s creator Shonda Rhimes in getting her to this point, and how Rhimes pushed her to negotiate for more. “In Shonda finding her power and becoming more comfortable with her power,” Pompeo said, “she has empowered me … She got to a place where she was so empowered that she was generous with her power. Now, what did that look like? It looked like her letting me be the highest-paid woman on television, letting me be a producer on this show, letting me be a co-executive producer on the spinoff and signing off on the deal that the studio gave me, which is unprecedented.”

Rhimes also spoke to THR about her perspective. “As a woman, what I know is you can’t approach anything from a point of view of ‘I don’t deserve’ or ‘I’m not going to ask for because I don’t want other people to get upset,'” she said. “And I know for a fact that when men go into these negotiations, they go in hard and ask for the world.”

Pompeo also discussed her previous doubts and questions about salary. “For me, Patrick [Dempsey] leaving the show [in 2015] was a defining moment, deal-wise,” she said. “They could always use him as leverage against me — ‘We don’t need you; we have Patrick’ — which they did for years. I don’t know if they also did that to him, because he and I never discussed our deals. There were many times where I reached out about joining together to negotiate, but he was never interested in that.”

“At one point, I asked for $5,000 more than him just on principle, because the show is Grey’s Anatomy and I’m Meredith Grey. They wouldn’t give it to me. And I could have walked away, so why didn’t I? It’s my show; I’m the number one. I’m sure I felt what a lot of these other actresses feel: Why should I walk away from a great part because of a guy? You feel conflicted but then you figure, ‘I’m not going to let a guy drive me out of my own house.'”

“So, what does it look like when he leaves the show?” she continued. “First, it looks like a ratings spike, and I had a nice chuckle about that. But the truth is, the ink wasn’t even dry on his exit papers before they rushed in a new guy … I couldn’t believe how fast the studio and the network felt like they had to get a penis in there.”

After Rhimes’ deal with Netflix was announced, Pompeo came to her and discussed whether they wanted to continue with Grey’s, which airs on ABC. Rhimes said she wanted to continue, since the show is “the mothership,” and she told Pompeo, “Let’s find a way to make you happy. What do you want?”

“What I said to Shonda,” Pompeo said, “is the truth: ‘I don’t get to do anything else, and that’s frustrating for me creatively. I make 24 episodes of TV a year, and as part of this deal, I cannot appear anywhere else. And directing is cool but, to be honest, it just takes me away from my kids.’ Then I said, ‘So, it’s got to be a ton of money. And it has to help me with my producing because producing is something I really enjoy. That’s my creativity now.'”

“Acting, to me, is boring,” she continued. “An actor is the least powerful person on set, so I don’t care about chasing roles. Plus, at my age, it’s pretty unrealistic. Not that I can’t do a cool cable thing, but I’m not going to have this whole second life as a movie star. I’m not fuckin’ Julia Roberts.”

And so Pompeo got pilot commitments and lot space for her production company as part of her Grey’s contract.

While she’s grateful for the support and influence of another powerful woman like Rhimes, Pompeo emphasized that power won’t be enough to change the system. “I should also say this: I don’t believe the only solution is more women in power, because power corrupts. It’s not necessarily a man or a woman thing. But there should be more of us women in power, and not just on Shonda Rhimes’ sets.”

“My 8-year-old daughter gets to come here and see fierce females in charge. She loves to sit in the director’s chair with the headphones on, yelling ‘Action’ and ‘Cut.’ She’s growing up in an environment where she’s completely comfortable with power. I don’t know any other environment in Hollywood where I could provide that for her. Now I hope that changes … and soon.”