The Democratic senator made the announcement in Lawrence, Massachusetts. 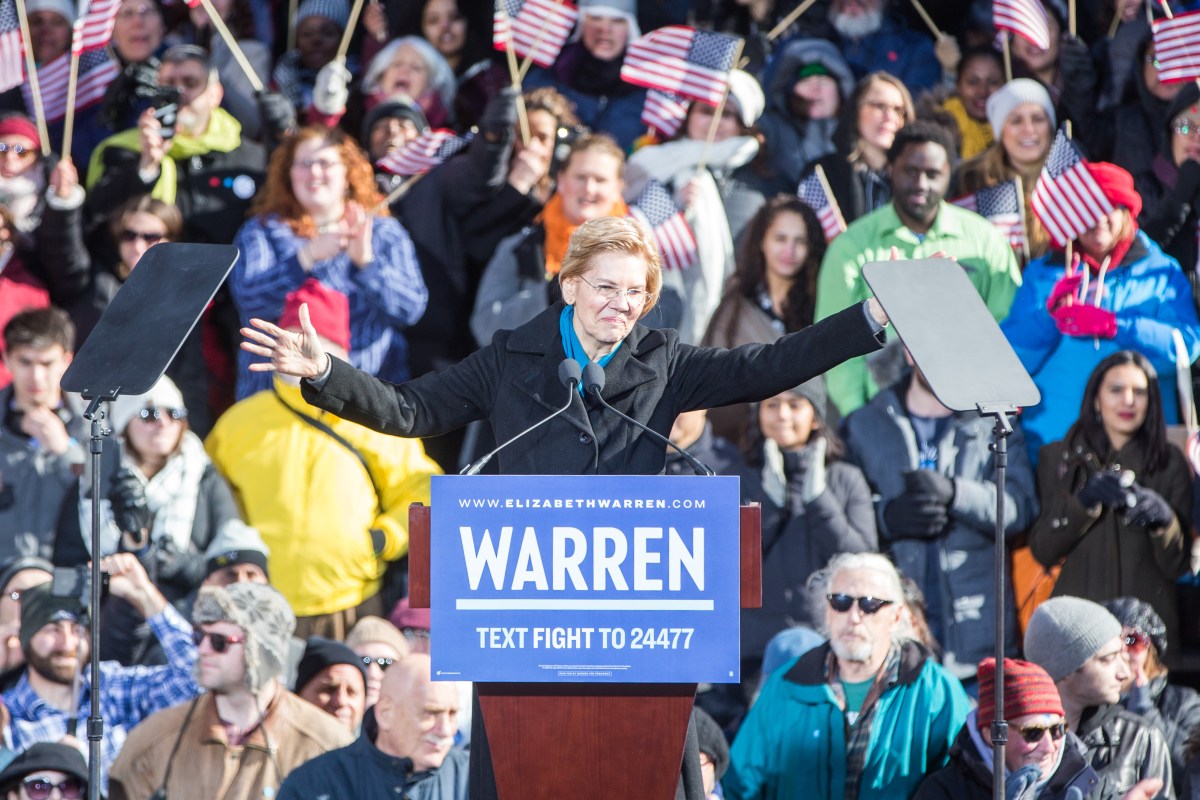 After announcing her formation of an exploratory committee on December 31st, Elizabeth Warren officially announced her candidacy for president in the 2020 election. Warren made the announcement in Lawrence, Massachusetts at the Everett Mills, the site of the famous Bread and Roses workers strike in 1912.

In her speech, Warren said “This is the fight of our lives. The fight to build an America where dreams are possible, an America that works for everyone. I am in that fight all the way.”

#ElizabethWarren at her 2020 campaign kickoff, "The man in the white house is not the cause of what is broken. He is just the latest and most extreme symptom of what's gone wrong in America." pic.twitter.com/oPZbRTs1RX

Warren, who is well known for her stance on wealth inequality and the return of the middle class, followed up by saying, “Today, millions and millions and millions of American families are also struggling to survive in a system that has been rigged by the wealthy and the well-connected … Corruption is a cancer on our democracy. And we will get rid of it only with strong medicine ― with real, structural reform.”

In addition, Warren took aim at Donald Trump, calling him, “The man in the White House is not the cause of what is broken, he is just the latest and most extreme symptom of what’s gone wrong in America, a product of a rigged system that props up the rich and powerful and kicks dirt on everyone else. So once he’s gone, we can’t pretend that none of this ever happened.”

Warren also declared that she would not accept campaign donations from lobbyists, corporate PACs, or super PACs, a stance that has quickly been adopted by her fellow democratic candidates. She walked onto the stage to Dolly Parton’s classic “9 to 5”, a song that exemplifies the struggles of working people and power inequality.

Warren is undoubtedly a well qualified and strong addition to the 2020 democratic primary, which a lot of public and political support behind her. The only thing standing in her way is the continued criticism of her claimed Native American heritage.

Warren joins a revolutionary panel of democratic candidates that features multiple women, POC, and queer politicians. It will be exciting to see this diverse crop of candidates battle it out throughout the long primary season ahead.