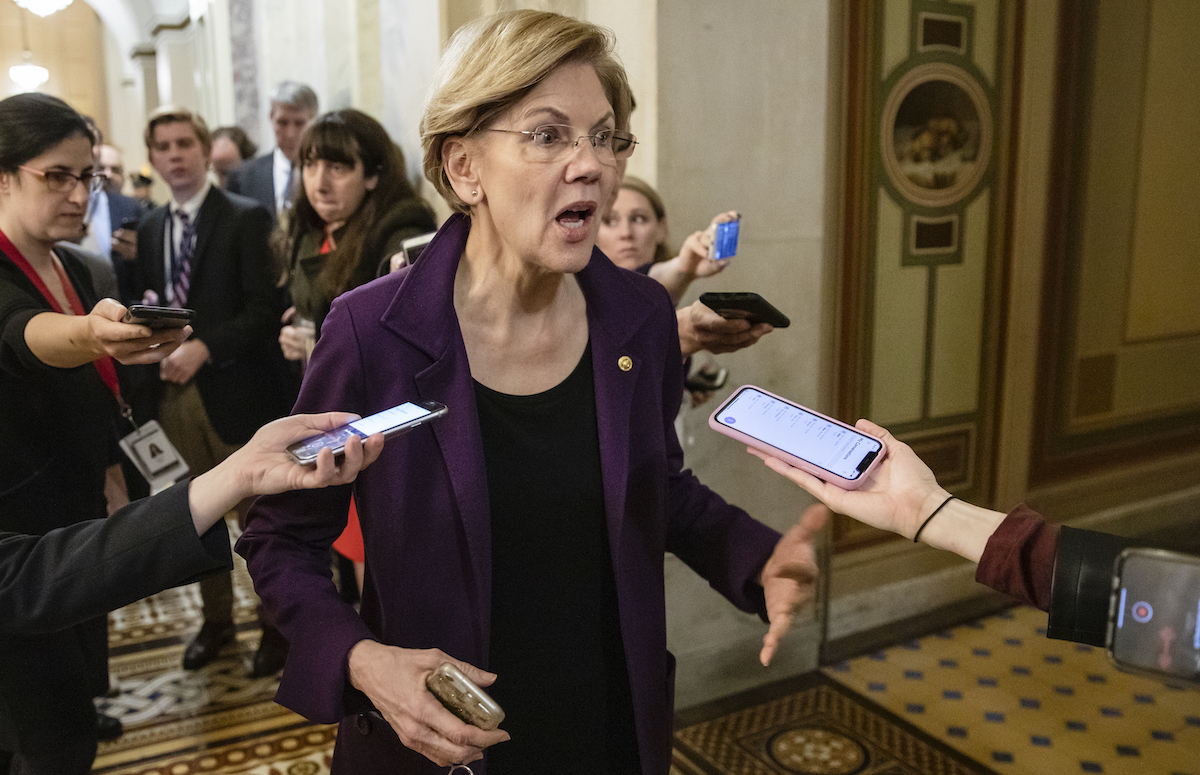 Yesterday, I wrote about how Chief Justice John Roberts has managed to keep his face expressionless while reading even the most inane, biased questions from Senators. But there was one person who got a pretty big reaction from him (by Chief Justice standards): Elizabeth Warren.

Here’s what Warren asked of the House managers, which Roberts had to read out loud to the chamber. It’s a very different sort of question than most of the others that have been asked this week:

At a time when large majorities of Americans have lost faith in government, does the fact that the Chief Justice is presiding over an impeachment trial in which Republican senators have thus far refused to allow witnesses or evidence contribute to the loss of legitimacy of the Chief Justice, the Supreme Court, and the Constitution?

Roberts very clearly did not like being forced to question his own lack of legitimacy and possible complicity in the damage this sham of a trial is doing to the country. Not. One. Bit.

Damn, the look on his face after he read it! pic.twitter.com/meXP7rH1YE

Senators are set to vote Friday on whether or not witnesses will be called during the impeachment trial. Republicans are expected to have the votes necessary to move forward without witnesses, meaning the trial could be over as early as tonight or tomorrow morning. If there is a tie in the Senate, Roberts has the ability to cast a vote, though it doesn’t look likely that he would choose to do so. If he refused to break the tie, the motion to call witnesses would fail.

You wouldn’t guess it from the extent of his duties so far–basically just swearing-in and reading aloud–but a hypothetical tie-breaking vote might not be the only decision Roberts could have the power to make. There is an argument that he could be issuing subpoenas himself if he so chose.

The Senate impeachment rules are complex and some of them basically contradict each other if argued a certain way, or if certain clauses are given more weight. In a recent New York Times op-ed, a group of legal scholars argue that under Rule V, “The Presiding Officer shall have power to make and issue, by himself or by the Secretary of the Senate, all orders, mandates, writs, and precepts authorized by these rules or by the Senate, and to make and enforce any such other regulations and orders in the premises as the Senate may authorize or provide.”

That means the presiding officer–in this case, Roberts–has the power to call witnesses and request evidence and whatever else he wants. Others have argued against this reading of the rules, but I admire Warren for taking the debate right to the source.