The mean ladies are trying to take all his money. 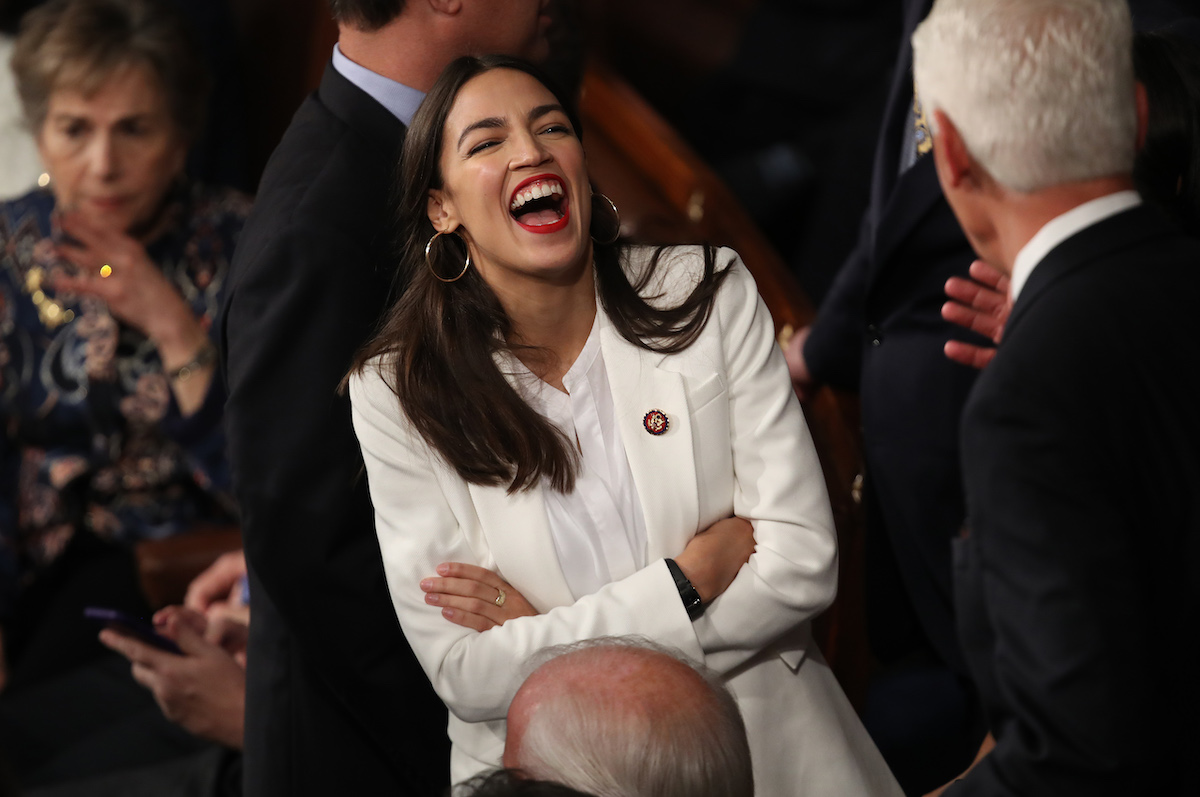 I wasn’t planning on dedicating any more time or brain space to Howard Schultz, the billionaire presidential hopeful who refuses to talk specifics of an actual platform, but then his mouth kept moving and words kept coming out and it was all too much to keep quiet about.

Howard Schultz has revealed his inspiration for wanting to enter this race, and it seems to boil down to the fact that women are trying to take his money. In recent days, he’s singled out Alexandria Ocasio-Cortez and Elizabeth Warren’s proposed tax plans on the ultra-wealthy as being driving factors in his possible candidacy.

In an interview with CNBC Monday night, he cited Ocasio-Cortez’ proposed 70% marginal tax rate on those earning over $10 million a year as the reason why he’s running as an Independent instead of a Democrat.

“I respect the Democratic Party,” he said. “I no longer feel affiliated because I don’t know their views represent the majority of Americans. I don’t think we want a 70 percent income tax in America. The way I’ve come to this decision is, I believe that if I ran as a Democrat, I would have to say things that I know in my heart I do not believe, and I would have to be disingenuous.”

In fact, a recent survey shows that 71% of Democratic voters (and 59% of voters overall) do support that idea, but sure, Schultz can indulge himself in feeling like a poor, persecuted billionaire.

Then Schultz went on NPR’s Morning Edition and came after Warren, saying “When I see Elizabeth Warren come out with a ridiculous plan of taxing wealthy people a surtax of 2% because it makes a good headline or sends out a tweet, when she knows for a fact that’s not something that’s ever gonna be passed―this is what’s wrong. You can’t just attack these things in a punitive way by punishing people.”

Warren has proposed an “ultramillionaire tax” of 2% on a net worth above $50 million and a 3 percent tax on net worth above $1 billion. This sort of tax is appealing to those who look at ultra-wealthy people like, say, Jared Kushner, who manages to avoid paying any income tax at all because they can manipulate the numbers to technically have a negative income while their net worth keeps rising. There’s much debate over how practical this plan would be, but only a billionaire would see it as “punishment” rather than a demand that the wealthiest Americans contribute fairly to the country’s economy.

Neither Ocasio-Cortez nor Warren has any time for Schultz’ nonsense.

What’s “ridiculous” is billionaires who think they can buy the presidency to keep the system rigged for themselves while opportunity slips away for everyone else. The top 0.1%, who’d pay my #UltraMillionaireTax, own about the same wealth as 90% of America. It’s time for change. https://t.co/D04G5fNvpa

Warren later told HuffPost, “We have a billionaire who says he wants to jump into the race and the first issue he’s raised is no new taxes on billionaires? Let’s see how that goes.”

As for AOC, she sees the hypocrisy in Schultz’ entitlement.

Why don’t people ever tell billionaires who want to run for President that they need to “work their way up” or that “maybe they should start with city council first”? https://t.co/3d8Nenrvl5

That’s a reference to a recent report that some Democrats are trying to find a primary opponent for Ocasio-Cortez in the next election because they see her as a boat-rocking upstart who jumped the line of “numerous councilpeople and state legislators who’ve been waiting 20 yrs for that seat.”

“You’ve got councilpeople who’ve been waiting 20 yrs for that seat.”

That broken mentality, that public office is something you wait in line for, instead of earning through hard organizing, is exactly what voters want to change.

Shows you how disconnected some folks here are. https://t.co/TMWYkboB7i

But yes, no one ever says that to ultra-wealthy men who suddenly want to enter politics at the highest level. They’re deemed mavericks and outsiders who can shake things up. But as we see with Trump, and as Schultz is just saying out loud, the wealthy go into politics to protect the wealthy.

NOT A FUCKING BILLIONAIRE, THAT’S FOR SURE 2020