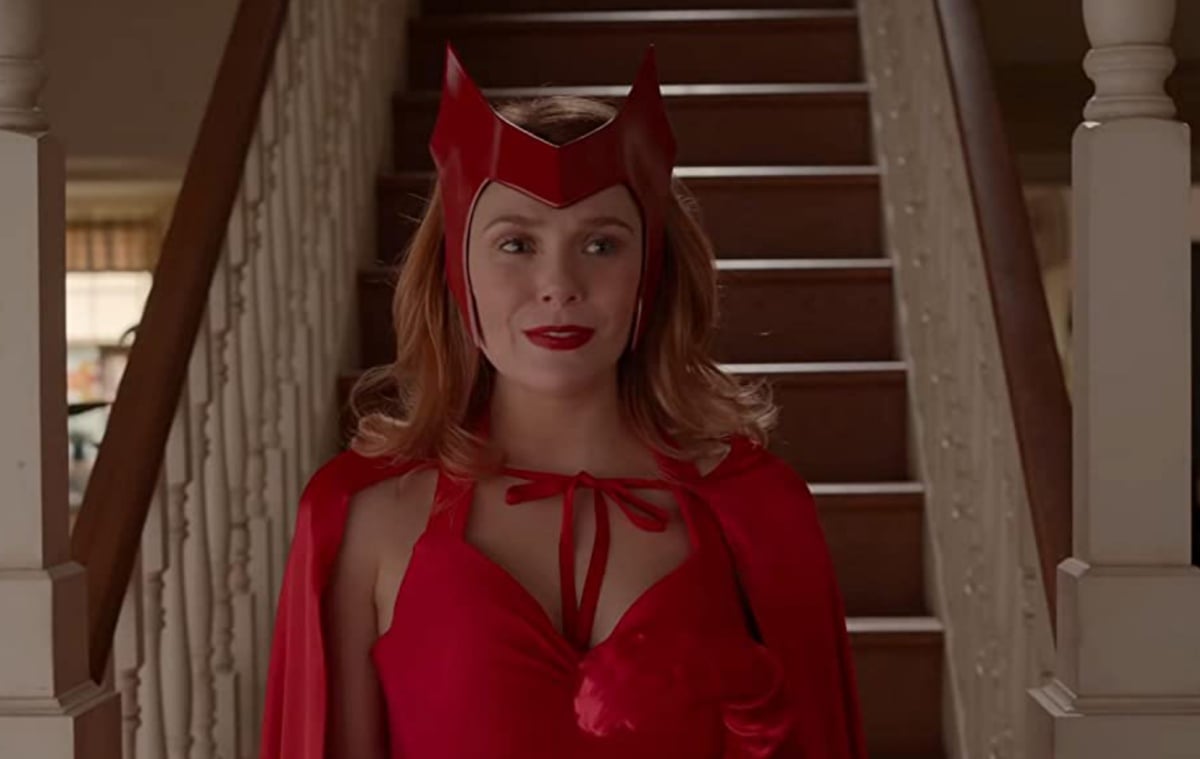 Elizabeth Olsen sat down with Glamour UK to take part in their “Unfiltered” interviews, and the result was a very open and frank conversation with the WandaVision star. Lizzie Olsen is the kind of celebrity that feels genuine in every interview you see her in. She’s open and honest and doesn’t shy away from talking about her own struggles with celebrity and anxiety, and it’s refreshing to see.

In the interview, Glamour talked to Olsen about everything from her role in the Marvel world, why she left social media, experiencing panic attacks in her twenties, and more!

I love what Olsen had to say about her surname and why she wanted to go by “Elizabeth Chase” when she was younger. The younger sister of Mary-Kate and Ashley Olsen, many of us knew who Lizzie Olsen was because of their videos they used to do with her as children.

“I guess I understood what nepotism was inherently as a 10-year-old. There is some sort of association of not earning something that I think bothered me,” she said, and it’s something I think a lot of people express but it’s refreshing that Olsen, even at a young age, understood that gut reaction. The nepotism of Hollywood is something we’ve taken notice of time and time again. Most new actors in movies and television have some connection to the industry in one way or another, but I like that Olsen didn’t want her hard work to be associated with that connection to her sisters, even at a young age.

She went on to talk about the reclaiming of witches we see in shows like WandaVision. For as long as history has documented it, women have been called “witches” and punished as such because of their appeal and “power” over men. The Salem Witch Trials are something we still learn about in school and it all boiled down to men asserting power over the women they saw as “less than.” What I loved about WandaVision is that it took the idea of witches in pop culture and gave us a look at the different kind of magic in the world and how it applies to the Marvel comics.

“Kathryn Hahn was just so delicious to work with. And she really was like ‘we are witches, how amazing is that?’ Like ‘we are these powerful who men are terrified by. And they had to murder us because they were so scared of our power and our temptation. And everything that is so mysterious about being a woman.’ To have this ownership of witches again is really fun!”

The entire interview for Glamour is a wonderful insight into Elizabeth Olsen and definitely worth the watch. She gets into mental health, her own experience on WandaVision, and more!