Maybe we should have kept watching after Bill Nye left? 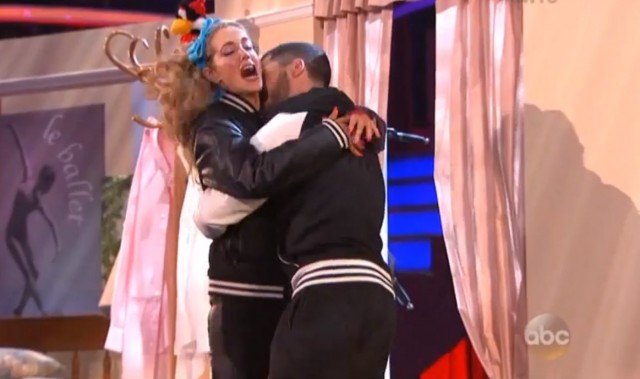 We’ll admit that when our friend Bill Nye left Dancing With the Stars so did any interest we had in watching it, but maybe we should have stuck with the show. Last night Elizabeth Berkley relived her Saved by the Bell meltdown, and that makes us really happy. Watch it right here.

Berkley isn’t the first Saved by the Bell alum on the show. Mario Lopez and Lark Voorhies have both appeared in the past, and this year Berkley is joined by Leah Remini who played Stacey Carosi on the season of Saved by the Bell when everyone worked at the Malibu Sands beach resort.

Here’s Berkley’s reenactment of her “very special episode” moment, followed by some dancing:

We’d probably like Dancing With the Stars a lot more if they only cast actors from things we loved as children, and then made them reenact scenes from those things. Oh, also we’d like it more if there was less dancing. Just make it Reenacting Saved by the Bell With the Stars and we’d tune in every week.

Stacey Carosi didn’t have any scenes that were quite as iconic as Jessie Spano’s pill freakout, but maybe she can also have her partner pretend to be Zack Morris and reenact this sick burn:

Alright, if you need us we’ll be marathoning the “Malibu Sands” season Saved by the Bell looking for better scenes for Remini to relive.

(via Gossip Cop, image via ABC)