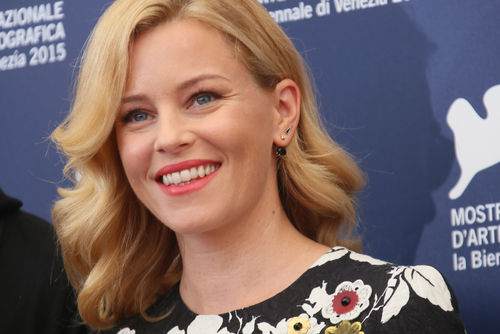 Elizabeth Banks seems to be killing it in the multi-hyphenate department. Not only is she a skilled actress and director, but she’s also been producing up a storm for her company Brownstone Productions with her husband, Max Handelman. She’s basically living the full Women in Film dream. Even better? All of her choices provide opportunities and a platform for other women.

One of her most recent such acquisitions is an option for writer Lindy West’s feminist memoir, Shrill: Notes From a Loud Woman, which she hopes to pursue as a half-hour television show. As Women in Hollywood reports, “Shrill is a feminist memoir written by Lindy West which chronicles her ‘coming of age in a culture that demands women be as small, quiet, and compliant as possible — like a porcelain dove that will also have sex with you,’ its official description reads. ‘Humorist Lindy West quickly discovered that she was anything but.'”

This is part of Brownstone Productions’ overall deal with Warner Bros, through which they’ve now sold four projects to four different networks: ABC, The CW, CBS, and “an unannounced series with an unnamed cable network.” From their descriptions, all of them have either a female protagonist, or an ensemble cast that can allow for additional female roles. Hopefully, they will also make it a point to staff plenty of women alongside Banks behind the camera, too:

“The Trustee (ABC): “The project follows a very good, but slightly reckless narcotics detective who finds out that her police station’s ‘trustee’ — a nonviolent felon assigned to help cops with odd jobs, filing, custodial work — has insight into a case she’s trying to crack, and the two women are forced to team up.”

The Feral (The CW): a drama which follows “20-year-old Trident Marven, who steps out of the woods after years of isolation, unaware that she carries a secret which puts her at the center of an unfurling conspiracy.”

Something To Celebrate (CBS): Based on a Spanish series of the same name, it follows “four adult siblings [who] work in their family’s popular bakery and enjoy the fun of being in a second-generation American family that loves a celebration.””

Something else we hope that Banks is keeping in the back of her head is ensuring that her search for women in front of and behind the camera includes women of color in larger roles and positions. The Pitch Perfect films have one or two supporting actors of color, but they tend to get lost behind the white lead cast. She may be directing Pitch Perfect 3, and she’s set to direct the reboot of Charlie’s Angels. There’s plenty of room on both projects to ensure that women of color, LGBTQIA women, or disabled women get as much of a voice as their white colleagues.

We want to keep rooting for you, Elizabeth, and you’ve been making awesome choices so far! Just remember that feminism is for all women.