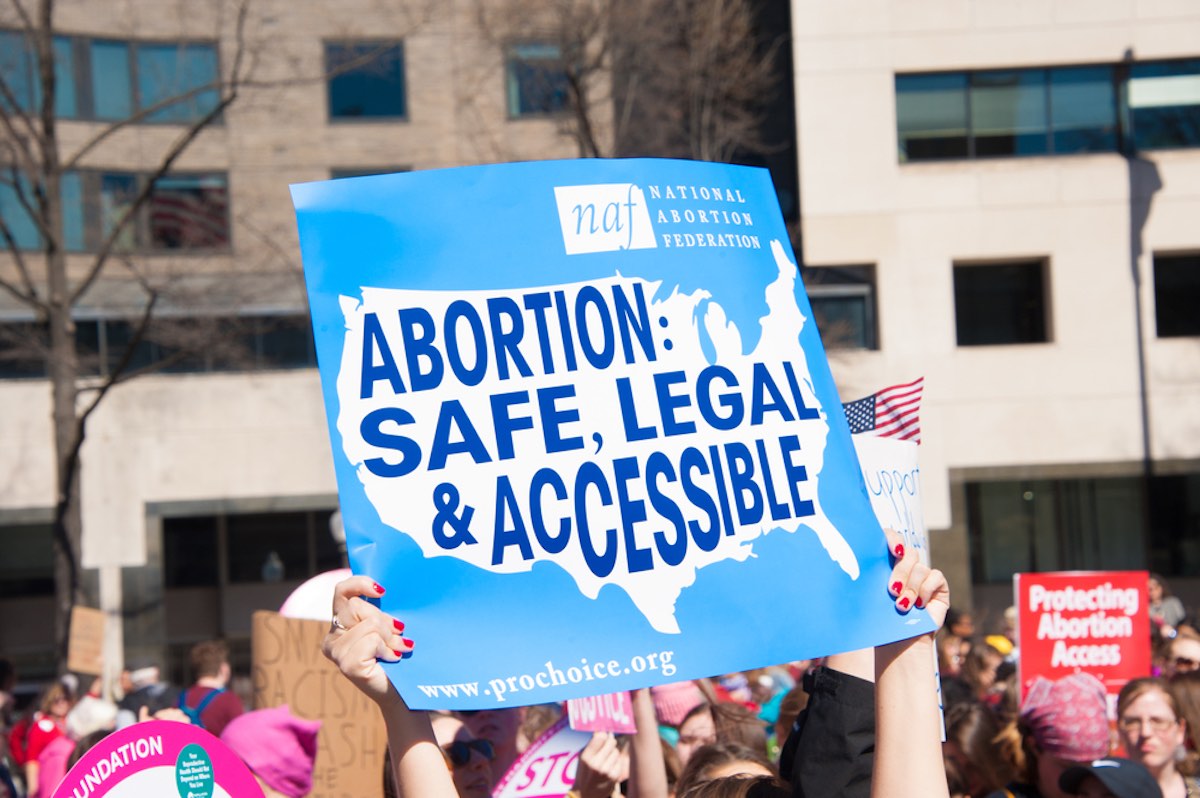 On Tuesday night, voters in Kentucky, Virginia, and cities across the country made history by flipping key gubernatorial, state legislature, and city council seats blue. The most notable results saw Kentucky’s Republican, rabidly anti-abortion Gov. Matt Bevin ousted in favor of Democrat Andy Beshear, whose support for reproductive rights won him the nickname “Abortion Andy” by President Trump, and the flipping of Virginia’s state Senate, giving the Democratic Party full control of the state government.

Many have been quick to connect the dots on what key Democratic, state-level wins say about Trump’s favorability and public attitudes about impeachment in key states, but the most high-profile victories by Democrats are all inextricably linked to reproductive rights, too.

Reproductive health advocates have reminded us over and over that support for abortion and reproductive rights is one of, if not the most popular stances the Democratic Party holds among voters. A decisive majority of American voters support not only Roe v. Wade, but also public funding for abortion care, and on Tuesday night, we saw this public opinion research in real time, when Kentucky voters elected so-called “Abortion Andy” over Bevin, who signed a six-week abortion ban into law during his time in office.

Meanwhile, in Virginia, where Democratic, pro-choice lawmakers drew national backlash earlier this year, led by the anti-abortion movement for supporting legislation to protect the right to later abortion, this week, voters elected a Democratic, pro-choice supermajority for the first time in 20 years. This, after anti-abortion groups poured money and resources into Virginia specifically to unseat Democrats who led the later abortion legislation.

Beyond these critical state-level races, several cities with conservative leadership elected Democratic, pro-choice lawmakers too. Recently, city governments have been key sites of resistance to Trump era anti-choice extremism—especially cities like Austin, Texas, which recently became the first city in the nation to approve public funding for abortion care.

A key takeaway here is that reproductive rights are a winning issue. Time and again, Democratic leadership and especially candidates running in swing districts have either been hesitant to discuss the issue, seldom even saying the word “abortion,” or even suggested that opposition to abortion rights is an acceptable stance for Democratic candidates to have. Of course, opposition to abortion rights isn’t an acceptable stance for any candidate to have, but the notion that abortion rights in particular are expendable, within a Democratic Party that claims to be progressive, has always been problematic.

This stance, reinforced or embraced by Democratic politicians like Nancy Pelosi and Bernie Sanders alike, suggests the human rights and dignity of women and pregnant people could be used as bargaining chips in exchange for hypothetical electoral victories in red or swing districts. The idea is that. with these hypothetical electoral wins in red or swing districts, Democrats could achieve “economic justice,” as if abortion and reproductive healthcare and the powerful, inextricable role they play in women’s socioeconomic situations and the workforce at large, are somehow not economic issues.

Hypothetical support for anti-abortion Demorats is also tied to the false notion that support for abortion rights is somehow holding Democrats back among voters who would otherwise vote blue. The reality is that reproductive rights are popular, and the key to winning traditionally conservative seats isn’t to sacrifice women and pregnant people’s human rights, but rather to mobilize the electorate, and fight for the votes of the disillusioned or disenfranchised.

If there has ever been a moment in our modern political history that’s required boldness on this issue, it’s now. State-level abortion bans and extreme, anti-abortion laws are being introduced and passed at unprecedented rates, all while President Trump has been stacking the U.S. Supreme Court and federal judgeships across the country with anti-choice extremists. We’ve seen the defunding of Planned Parenthood and other groups that offer abortion care, we’ve watched U.S. maternal death rates soar alongside abortion restrictions, and we’ve watched a resurgence of women and pregnant people criminalized and prosecuted for the outcomes of their pregnancies. Reproductive rights are a winning issue—and they’re an urgent one, too.

With 2019 elections behind us, and 2020 elections less than a year out, the lesson Democrats should take from this week is that reproductive rights and the fight for bodily autonomy for all don’t necessitate compromise, or caving to right-wing stigma. Unequivocally fighting for abortion and reproductive rights is not only moral, but also popular—and a key issue through which we could galvanize and mobilize voters across the country. There’s no state, district, or local government in which we can count out an unapologetically pro-choice candidate. In every race up and down the ballot come 2020, candidates should take a page from 2019 and understand that this is the time to be bold on reproductive rights.