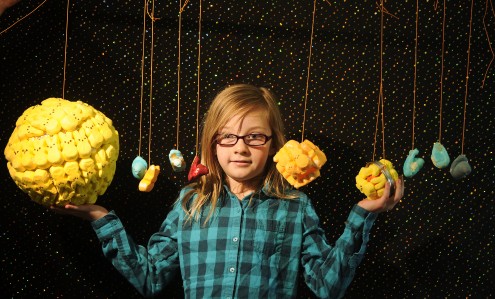 2013 marks the fifth year of The Denver Post‘s Peeps diorama sculpture contest, where they invite kids and adults alike to… well, to make a diorama out of Peeps. It’s pretty much what it sounds like. The winner of the children’s division this year is eight-year-old Eleanor Clements who, as you can see, used Peeps to construct a model of the solar system. Said the third-grader: “I learned about [the solar system] in preschool, and I like looking at stars.”

Her prizes are a “giant [box] of candy from Just Born, the makers of Peeps” and our undying respect.

(Via DenverPost.com; thanks, anonymous tipster!)