Eleanor’s Bisexuality Is Effortlessly Confirmed in The Good Place

The series does a forking great job at integrating Eleanor's sexuality. 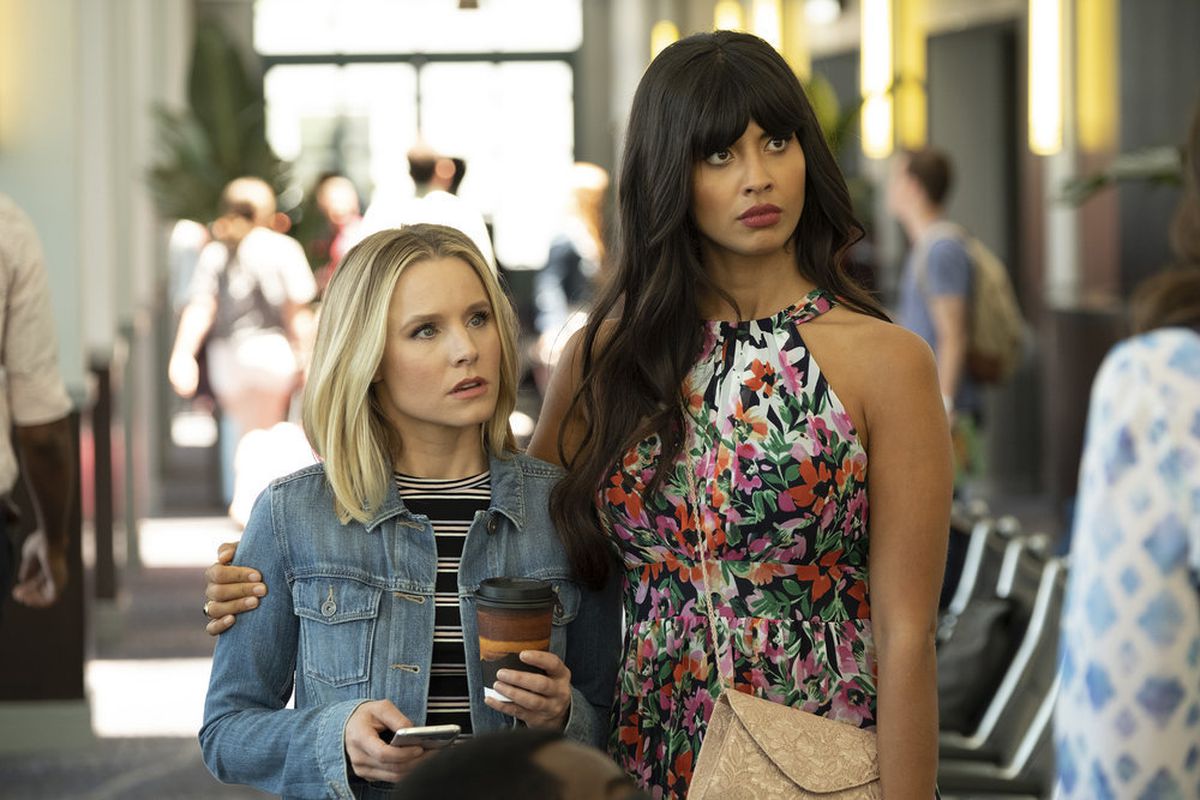 Last week’s episode of The Good Place confirmed a theory that many fans of the NBC comedy series have long held to be true: Eleanor Shellstrop (Kristen Bell) is bisexual. The series has hinted at Eleanor’s queerness in the past, specifically with reference to her relationship with frenemy Tahani Al-Jamil (Jameela Jamil). During earlier seasons, Eleanor has said that she “might legit be into Tahani” and architect Michael even ran a simulation wherein Tahani and Eleanor are soul mates.

In the episode “The Ballad of Donkey Doug”, Chidi (William Jackson Harper) struggles to break up with his girlfriend Simone (Kirby Howell-Baptiste), so Janet whips up a virtual reality simulator so he can speed test different break-up approaches. After crashing and burning in several attempts, Eleanor takes the simulation for a spin, which leads to her flirting with and almost kissing Simone.

Harper also commented on Eleanors queerness in an interview with Metro.co.uk, saying that “There’s a million different possibilities and one of the things I think the show does well, and really kind of into, is the fact that Eleanor is super bisexual and it’s not something that we just focus on.”

He continued, saying, “It’s not the reason for the show and it’s not a thing that is harped on, it’s just who she is. I think that’s great to not just completely focus on one aspect of a person’s character because it seems to be the most buzz worthy thing in the show, or potentially buzz worthy thing on the show.”

The casual way in which Eleanor’s sexuality has unfolded is part of a refreshing new wave of queer storytelling that normalizes queer identities. Eleanor doesn’t need to have a very special “coming out” episode, and she is not solely described through her sexuality. Her bisexuality is simply another facet of her personality; she isn’t defined by it.

It’s exciting to have more flawed, queer characters in television, especially in comedy. And it’s very gratifying to see queerness not treated as the be-all and end-all of a person’s personality. It’s no surprise then, that a show like The Good Place, which is centered on relationships and connection, portrays Eleanor’s bisexuality with so much humanity. And that is forking awesome when you think about it.