Review: The Magic of Eighth Grade Is How It Manages to Capture the Undervalued Teen Female Gaze 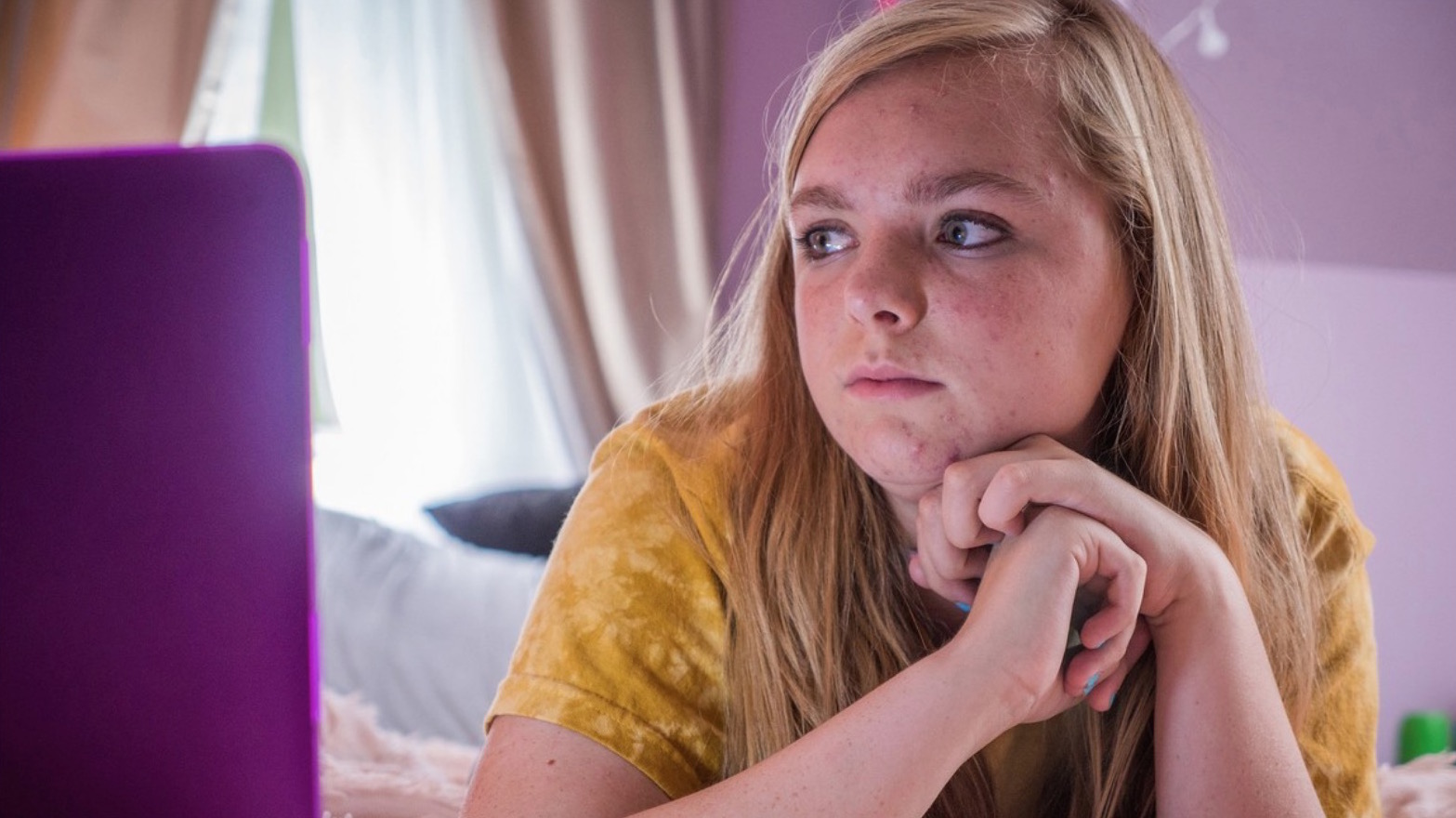 Watching the trailer for Bo Burnham’s Eighth Grade, I assumed the film would be a heavy emotional journey. I had prepared myself, though, for its impact to be based in how much it reminded me of my own middle school experience, a time that was terrible for literally every person I‘ve ever spoken to about the subject.

But while the movie did very much remind me of how difficult that time was, it didn’t actually look like my own time there—at least, not on the surface. Rather, despite being written and directed by a 27-year-old man, the movie manages to depict both a window into the life of the modern Snapchat-era teen girl, as well as a much more timeless teen girl experience.

Even more impressive, the movie approaches this coming-of-age experience entirely through a lens we rarely see: the teenage female gaze.

Eighth Grade is the story of a 13-year-old girl named Kayla navigating the final week of middle school. Much of the movie’s relatability is due to the spectacular Elsie Fisher, who plays Kayla and was herself only 13 years old when she filmed the movie. You don’t really realize how unusual it is to see an actress who actually looks like an eighth-grader until you watch one lead a film—awkward posture, acne, and all.

Kayla is a totally normal 13-year-old, but she is constantly positioned opposite older kids and “cooler” kids, making her seem even younger and more awkward than she is, magnifying her insecurities. Essentially, it lets us see her as she must see herself. She stammers when she comes into contact with the popular girls she idolizes or the boy she has an immense crush on.

When that crush enters a room to charge his phone, she responds with a nervous, paraphrased, “Wow, yeah, sometimes I charge my phone, too,” and no failing attempt at making conversation has ever been more relatable. Burnham shows us the world through Kayla’s eyes, but even more, he manages to show us Kayla herself through her own eyes.

There are some elements of the film that are, ostensibly, specific to the lives of those who have gone through that time more recently, like Kayla’s incessant phone scrolling or her YouTube channel, “Kayla’s Korner.” But you didn’t have to grow up with YouTube or Snapchat to understand what Kayla’s trying to do: communicate and connect with other kids while struggling to understand this uncertain time in her own life.

In her “Kayla’s Korner” videos—one of which opens the film—Kayla offers life advice to other kids her age, not because she actually has her life figured out, but because this is her way of working through the issues she’s struggling with. Those who grew up pre-internet, or at least pre-Twitter and YouTube, will feel just as connected to Kayla’s clumsy navigation of topics like “being yourself,” which includes using Post-its to remind you how to be yourself. Her words are the exact thoughts most of us scribbled in our own journals and diaries, and they’re no less relatable when realizing that for kids like Kayla, that’s what YouTube is: a very public diary.

Kayla’s story will be familiar to anyone who went through that awkward, often lonely and confusing middle school experience. The movie is a relentless 90-minute onslaught of  what will be universal feelings among awkward kids, like that feeling of being the odd one out at a “popular kid” birthday party, or crushing hard on someone far beyond your knowledge or comfort levels of sexuality, or feeling like there is a much cooler you than anyone else has ever bothered to get to know.

There’s no doubt that watching Eighth Grade will remind you deeply of all the pains of adolescence, but the movie’s relatability isn’t just limited to that age, which might be what makes it such a transcendently heartbreaking experience. In its short runtime, the movie tackles a whole range of issues, from sexual predation to what it’s like to live with anxiety, the latter of which is something Burnham has said is much more about his current experience than his youth.

There is so much about this movie that cut straight into the center of my heart while watching it. So much of it is relatable for anyone at any age. It’s the closest thing to a truly universal story that I’ve seen in ages. The fact that Burnham chose to tell this story through the eyes of a young female protagonist—a seriously undervalued and underestimated demographic—in the first place is incredible. That he managed to do so so masterfully is total magic.