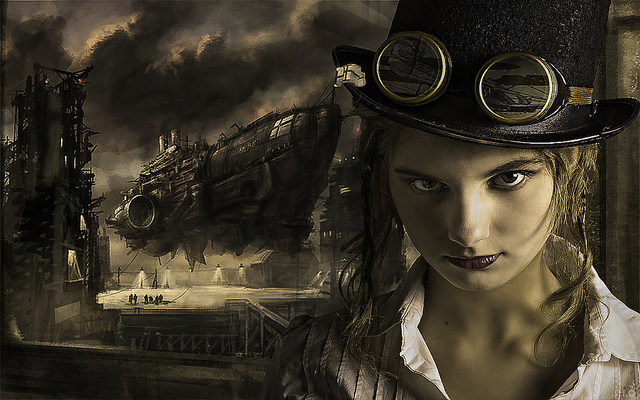 Edgar Wright has apparently turned in a script for a steampunk Oliver Twist film, so we can all stop being sad about Ant-Man now, I guess.

Dodge & Twist is a sequel to Oliver Twist (for which Dickens fans have been clamoring for centuries, I tell you) set in a Steampunk universe. The script is an adaptation of New York Times Bestselling author Tony Lee’s novel, which has been described as “Oceans Eleven meets Guy Ritchie’s Sherlock Holmes,” so at least Guy Ritchie hasn’t gotten involved yet.

Dodge & Twist follows Oliver twenty years after the original Dickens, as he meets up with the Artful Dodger and plans to steal the Koh-I-Noor diamond from the Great Exhibition. There are ghosts and crime underworlds and it all sounds pretty great. Tony Lee is the same guy who wrote IDW’s Doctor Who comics and the graphic novel adaptation of Pride & Prejudice & Zombies, so you know Dodge & Twist likely doesn’t take itself too seriously, and probably lends itself well to a visual medium.

If Edgar Wright decides to direct this (given that his script is a complete overhaul of previous drafts by guys from NBC’s Dracula and 127 Hours), we can only hope this means he’ll also choose to direct. Because seriously, can’t you see Wright doing something this out-there justice? And we just don’t have enough steampunk movies in our lives. And I’m a sucker for anything Victoriana. Okay, maybe only I want to see this movie.

(via Pajiba, image via LuftFlotte)