“I Thought I was Being Brave”: Eddie Redmayne Tells Embarrassing Story About Auditioning for Bilbo Baggins

Yes, arm flapping is definitely what I associate most with that character.

When you’re auditioning for a part that someone’s already played before you, it can be difficult to find your own voice. But as poor Eddie Redmayne told those in attendance at The Graham Norton show last night (including Anna Kendrick), what you should probably not do is forgo your own voice entirely and do your best Ian Holm impression, because that probably won’t go over very well.

Although, given the majesty of Redmayne’s wingspan in this video, he probably should have auditioned for Smaug instead… 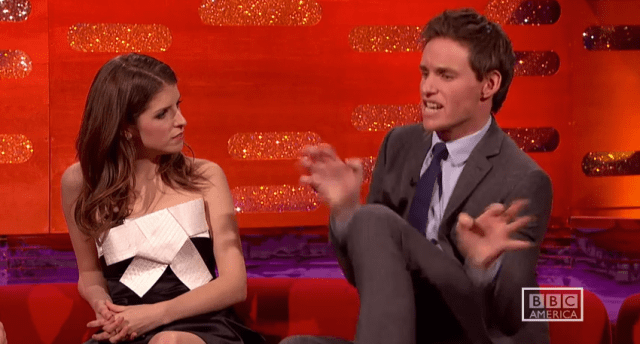