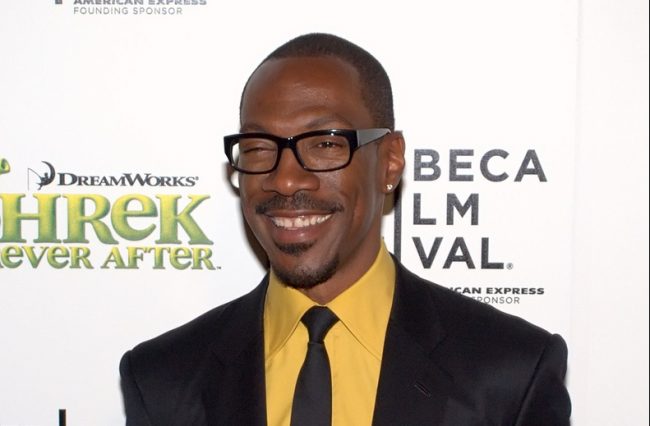 Eddie Murphy has pushed his limits as a versatile actor, starring in adult comedies like Coming to America and Beverly Hills Cop, family films like Shrek and Daddy Day Care, and dramas like the upcoming Mr. Church. He’s even tested our limits with less than stellar outings in films like Norbit and The Adventures of Pluto Nash and treaded into horror territory with The Haunted Mansion. However, there’s one genre that he has yet to cross into, and it doesn’t seem likely that he ever will. I’m talking about superhero movies.

After Chris Pratt in Guardians of the Galaxy and Ben Affleck in Batman v Superman: Dawn of Justice, we’ve learned that even the unlikeliest of actors can knock it out of the park. Murphy, on the other hand, isn’t of that mindset. In fact, he thinks he’s aged out of the possibility of donning a cape.

“I’m kind of long in the tooth to fly in in a cape now, so I’d have to be like the voice of reason or somebody. ‘Don’t do that, super-fellow!’ Or, ‘we need such-and-such,”” he told Mashable, according to Newsarama. “I would do a superhero movie if it was funny and we were making fun of superhero movies and I figured out how to do something funny. But even I don’t buy me flying in with a cape on and you know, fucking everybody up, having lasers shoot out. See this? Doesn’t this look like bullshit? What would you call this? Who would I be?”

The interviewer suggests The Grabber, which might fit right in with 1999’s Mystery Men. Murphy riffed on that idea: “The Grabber? Yeah, Eddie Murphy is The Grabber. See this? This looks like bullshit! If you seen a poster like this on the street, and lasers are shooting out my fingers and I had a cape on, you would go, ‘Get the fuck out of here.'”

So maybe don’t get your hopes up about Eddie Murphy fighting the bad guys in a Zack Snyder production.